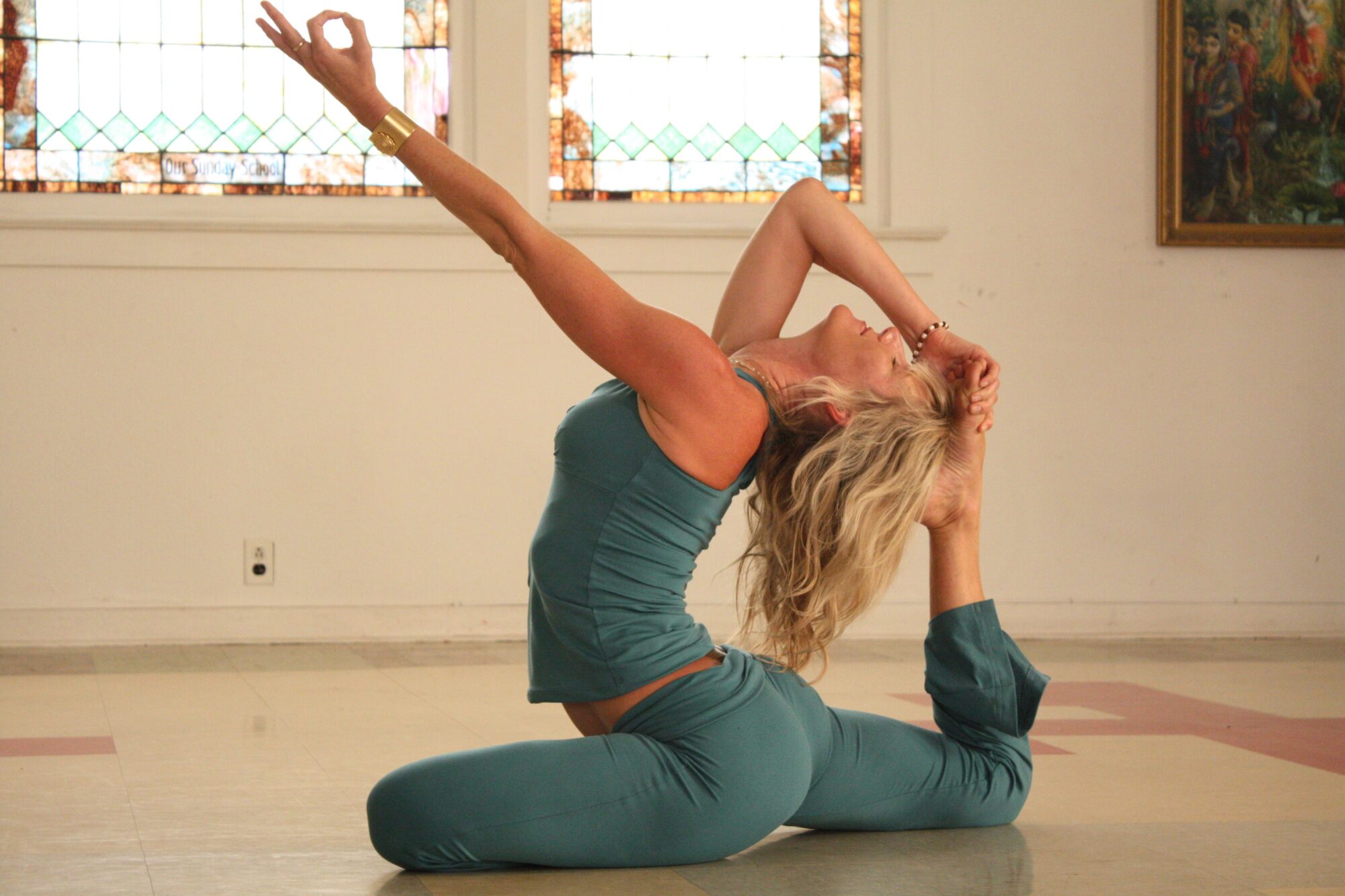 If Yogawoman convinces more women to set aside time each day to collect themselves and actively focus on their inner and outer health, then the film will have justified its existence. The rise of yoga in America toward the end of the 20th century seems in retrospect to be practically inevitable, as this country, along with many others, has become increasingly obsessed with accomplishment, whether it be career, having 2.5 kids, owning the ideal home, or all of the above, as well as unceasingly experiencing endless forms of sensation at the expense of moments that allow one to internally replenish with a bit of unhurried contemplation. If this film convinces more women that they don’t automatically forfeit their humanity if they aren’t simultaneously attorneys, mothers, and size zeros, then, indeed, more power to it.

But that’s really Yogawoman’s only virtue. It’s less a film than an unimaginatively assembled series of talking heads. It’s admittedly quite bracing to initially hear drug addicts and cancer victims who’ve reformed and purged themselves of their toxicity with yoga, but that soon gives way to the unavoidable realization that everyone is essentially saying the same thing. Various yoga teachings are mentioned, such as forms that are more specifically catered to the needs of pregnant women, larger women, and even women who’re actively menstruating, but we never get a sense of the differences between the teachings. Many instructors speak throughout Yogawoman, and they’re often quite charismatic, but the subjects are never allowed to really reveal to us what they’re actually doing.

Yoga, as it has been proven, is unambiguously healthy; even watching it as a spectator can have a soothing, reassuring effect, but filmmakers Kate Clere McIntyre and Saraswati Clere never exploit cinema’s potential to heighten a poetic act (and yoga certainly qualifies) for viewers who aren’t able to see it directly. Yoga would probably benefit from a freer form and a lighter hand, from a film (c.f. The Company or the more recent Circo) that allows us, with little talk, to connect with the language of the bodies as they attempt to achieve a higher consciousness.

And Yogawoman is even maddeningly vague about what’s theoretically meant to be its prevailing theme: the fact that Western women are reclaiming yoga after years of male-dominated teaching. That sentiment is voiced in the typically over-explicit narration read by Annette Bening, but we’re never allowed to grasp what, precisely, is the difference between male and female yoga teachings, which leads one to, inadvertently, wonder why men have been excluded from a film that so incessantly preaches interconnectivity.