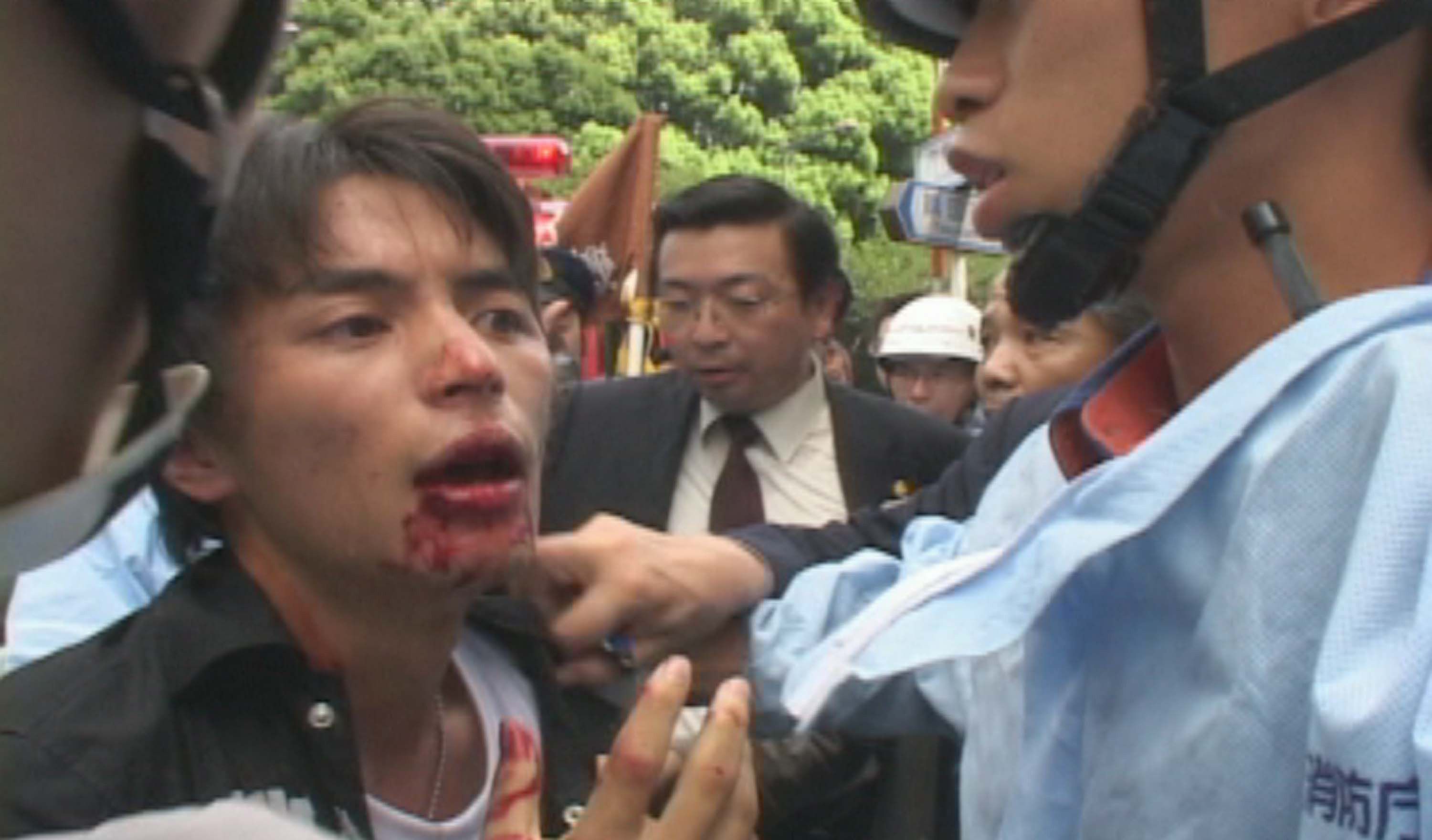 Writer-director Li Ying should be commended for the complexity he’s given a subject as controversial as the Yasukuni shrine, which commemorates Japan’s two-million-plus WWII soldiers. One year after its initial release in Japan, his controversial documentary Yasukuni has already been scrutinized to the nth degree by countless detractors on the far left and right, testifying to Li’s need to capture as many of the incompatible points of view surrounding the Shinto war memorial. Judging by the bitterness that the shrine has inspired, Li undoubtedly had a wealth of material to sift through and a considerable amount of pressure on him to choose only the least inflammatory bits. The fact that he didn’t cave under such extraordinary pressure but instead created a piece every bit as raw as the emotions swirling around Yasukuni marks him as budding major talent with a shrewd eye for detail.

Much of the events of Yasukuni center around Prime Minister Koizumi’s repeated visits to the shrine, a personal choice that has been continually met with heavy criticism. Though its intention to commemorate fallen veterans may seem innocent enough, Yasukuni also honors class-A war criminals, most infamously the two generals that held a contest to see who could behead 100 POWs in the least amount of time. Though Koizumi has insisted that his visits to the shrine are personal matters that should not be misinterpreted as representative actions of his administration, the nationalistic fervor that surrounds Yasukuni is too loud to ignore; Li diligently includes sobering footage of a protester as he’s beaten by an incensed worshipper accusing him wildly of being Chinese and then dragged away into a police car.

Li’s focus on the current manifestations of both protesters and supporters alike gives the film its necessary brutal frankness. His use of archival footage, though infrequent, feels redundant, especially in the film’s final 10 minutes where an unchallenging montage sequence is arranged from footage of ceremonies revolving around worship and militant violence. Though Li insists that Yasukuni was not meant to rile its viewers, the film is a deft provocation. When photos of soldiers overlap footage of Kariya Naoji, the last forger of swords to commemorate the war dead and Li’s favorite subject, it’s a challenge to viewers, begging them to consider the significance of remembering men as soldiers.

The film shines strongest in the scenes where you can see Li’s authorial fingerprints most clearly, scenes where his guerilla-style handheld photography bobs and weaves through rain and crowds to capture the volatile nature of the people that cycle through Yasukuni. Fleeting water-spattered images of a mysterious and pugnacious young man in a traditional WWII uniform or symmetrical reflections of visitors viewed from a display at the Yushukan War Memorial, which includes a tour that refuses to acknowledge Japan’s role in war crimes, are both haunting and sophisticated. Li allows the viewer to decide what they’re seeing, tirelessly pivoting around his talking heads in search of new angles to add to his haunting mosaic of conflict.

[Review Subtitle You Will Laugh At]: Cold Souls, Take 2