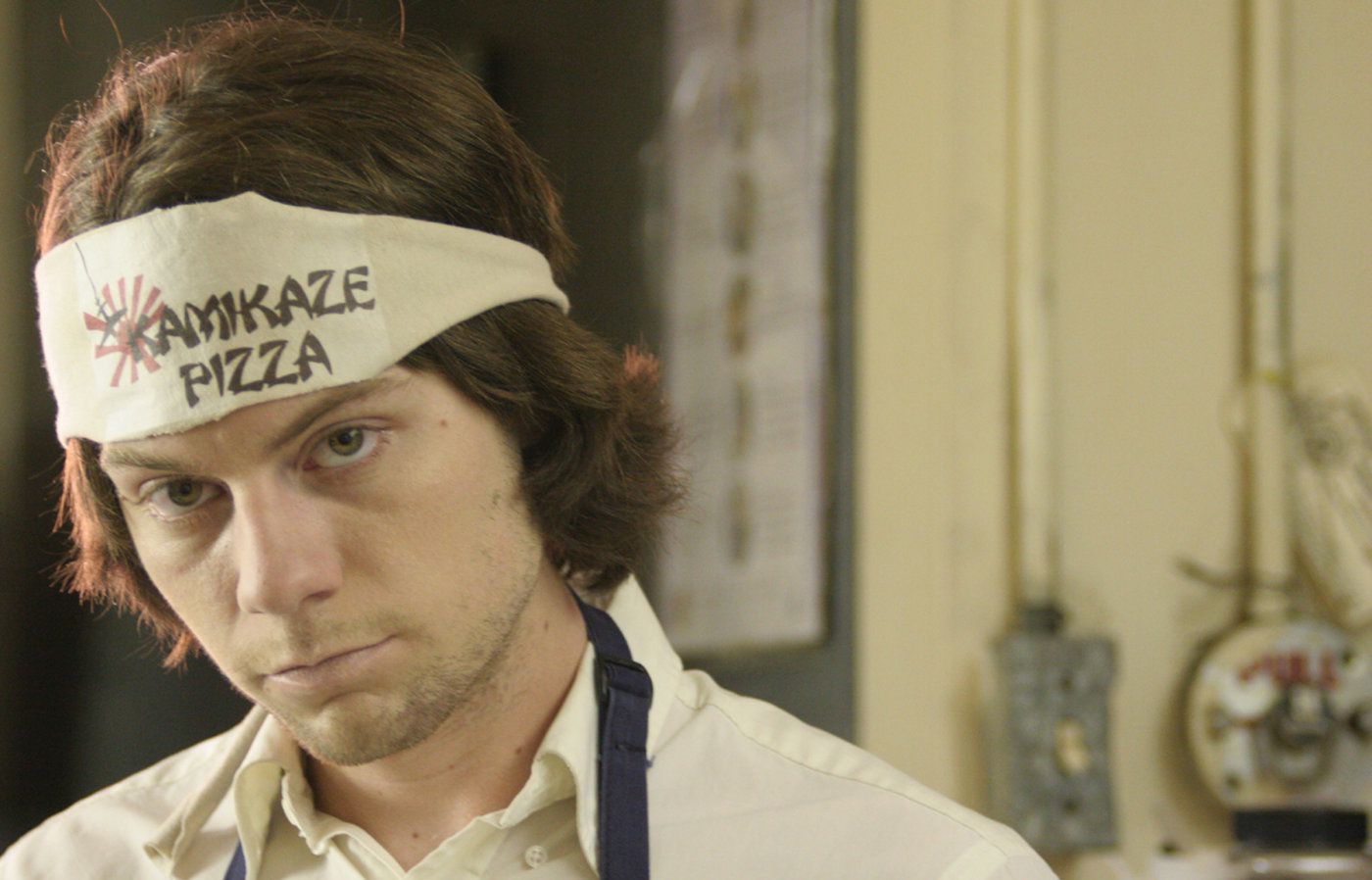 Writer-director Goran Dukic’s Wristcutters: A Love Story is that movie where some dorkus gets his heart broken by a girl who is way out of his league, falls in love with another hottie at the precise moment his old flame reenters the picture, and is forced to choose between the best of two pootangs. What differentiates it from those movies is that it doesn’t take place in the real world, but in a banal afterlife inhabited by persons who’ve committed suicide. Zia (Patrick Fugit) arrives here after slicing his wrists, and when he learns that his ex-girlfriend Desiree (Leslie Bibb) also killed herself, he leaves his job at Kamikazee Pizza and sets out on a road trip with a Russian rocker named Eugene (a standout Shea Whigham, doing a sick impersonation of Eugene Hutz) to locate her. Instead, they pick up a hitchhiker, Mikal (Shannyn Sossamon), who distracts them from their journey as she tries to find the people “in charge” of this world so she can inform them that her death was not deliberate. Eugene’s refusal to ride in the back seat of his car because it would mean he has no cock is the funniest bit in the film, but the absurdity of that joke isn’t predicated on a sense of life or death, and aside from the neat touch of having Joy Division’s “Love Will Tell Us Apart” play in the background during a scene where Zia meets Eugene and two girls try to guess how the men killed themselves, it’s rather strange that Dukic takes almost no pains to differentiate the afterlife from the real world. The story’s dialogue may be wry, but what should have been a jumping-off point for a lively discussion about the meaning of life is really just a philosophically shallow wasteland.

Review: A Girl Cut in Two

On the Circuit: Wes Anderson’s The Darjeeling Limited