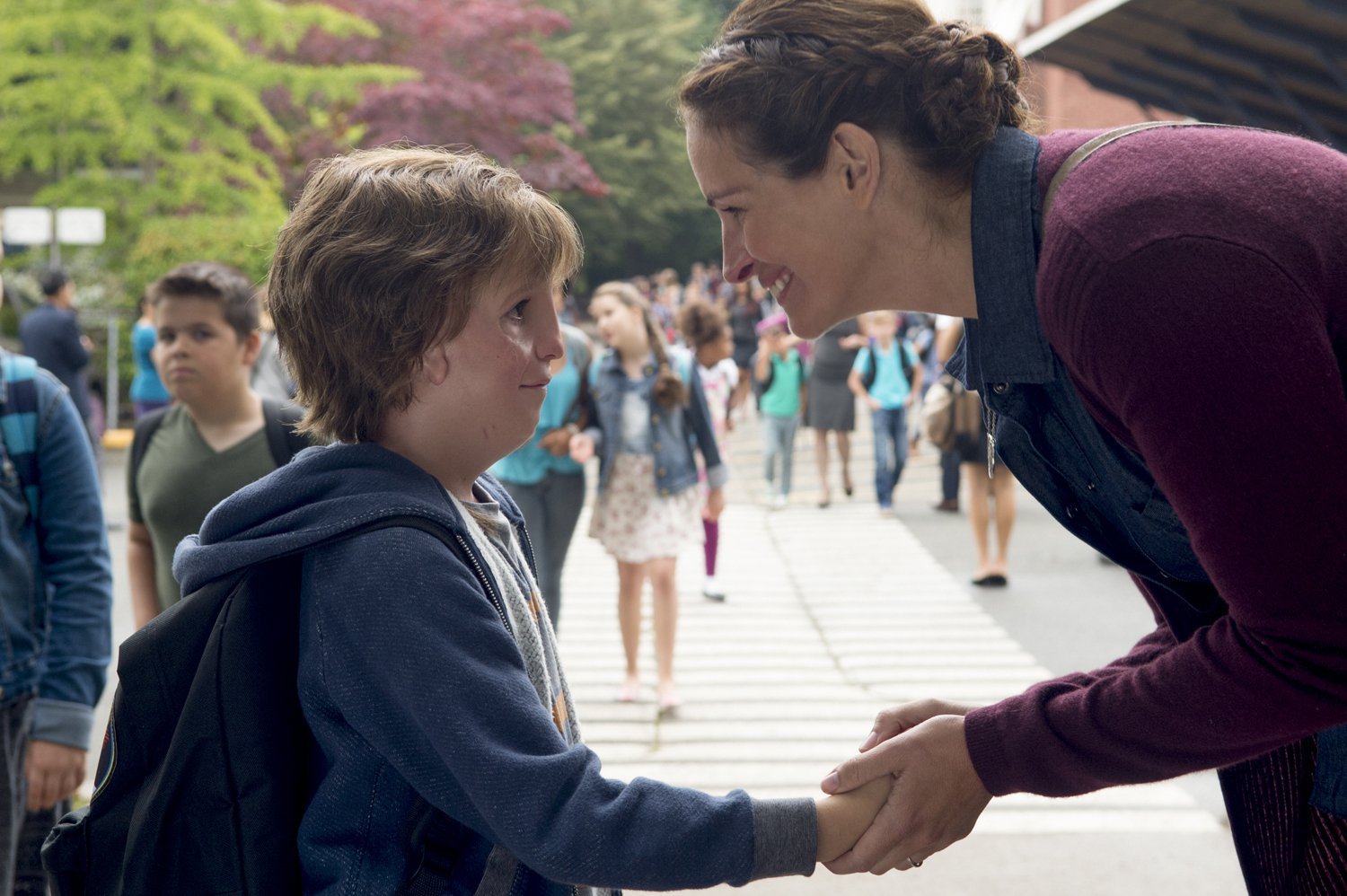 Early in Stephen Chbosky’s Wonder, inspiring English teacher Mr. Browne (Daveed Diggs) quotes the late self-help guru Wayne Dyer on the importance of kindness: “When given the choice between being right and being kind, choose kind.” That simple dictum informs every frame of the film, accounting for both its warm-hearted sense of empathy as well as its mawkish sentimentality, audience-flattering righteousness, and total lack of ambiguity or irreconcilability. Given the choice between making a film of truth and insight and making one that’s merely nice, Chbosky firmly chooses the latter.

Based on the bestselling children’s novel by R.J. Palacio, Wonder follows Auggie Pullman (Jacob Tremblay), a shy, sensitive fifth-grade boy who suffers from facial deformities as a result of a rare genetic condition, as he navigates his way through his first year in a school outside of the home. Presided over by a grandfatherly principal (Mandy Patinkin), the school is a relative safe haven from the brutalities of childhood, with kindly teachers and generally well-meaning students, including Jack (Noah Jupe), with whom he forms a fast friendship. However, even here, Auggie isn’t entirely free from the scorn and ridicule of bullies. The narrative eventually broadens its scope to focus on the difficulties of Auggie’s family, with chapter-like sections narrated by side characters such as his sister, Via (Izabela Vidovic), who often feels neglected by her Auggie-fixated parents (Julia Roberts and Owen Wilson).

In contrast to the cynical emotional machinations of Gifted, in which every plot point and character action is calibrated with engineer-like precision to manipulate our feelings, Wonder’s big stirring moments arise more or less organically from the characters’ lives. Even the death of a beloved family dog—perhaps the most surefire means of exploiting an audience’s sentiments—is handled with relative understatement. One of the film’s deftest moments—in which, after a falling out, Auggie and Jack reconcile within the digital world of Minecraft—captures a uniquely contemporary idea: that the strongest emotional connections can often occur in purely virtual spaces.

Wonder, though, is weakened by its essentially simplistic worldview, in which most people are fundamentally good, and the few who aren’t get swift comeuppance for their meanness. The film has an almost pathological need to ensure that everything turns out well for every single character, while at the same time eliding any truly difficult issues. In the film’s world, kids simply do the right thing out of the fundamental goodness of their hearts while adults act as their benevolent, unfaltering guides to fairness and tolerance. Earthly problems like money and the stresses of work are largely nonexistent: Auggie’s dad’s occupation isn’t even specified, but it’s apparently relaxed enough that he can spend ample time at home while still paying so well that the family can afford a luxurious brownstone, private school tuition, and Auggie’s countless medical procedures with no evident financial strain.

Wonder is ultimately less interested in exploring the immense difficulties of living with a physical anomaly than in using Auggie as an inspirational avatar of self-acceptance—for the lessons he can teach others. This theme comes to the fore in the film’s heartstring-tugging finale in which Auggie’s school awards him a medal just for simply being himself. Despite its best intentions, by positioning Auggie as a semi-angelic figure sent to teach us all a lesson, Wonder ends up only reinforcing the idea that it’s the job of people with medical conditions to inspire the rest of us jerks to be a little nicer.

AFI Fest 2017: Sollers Point and Life and Nothing More