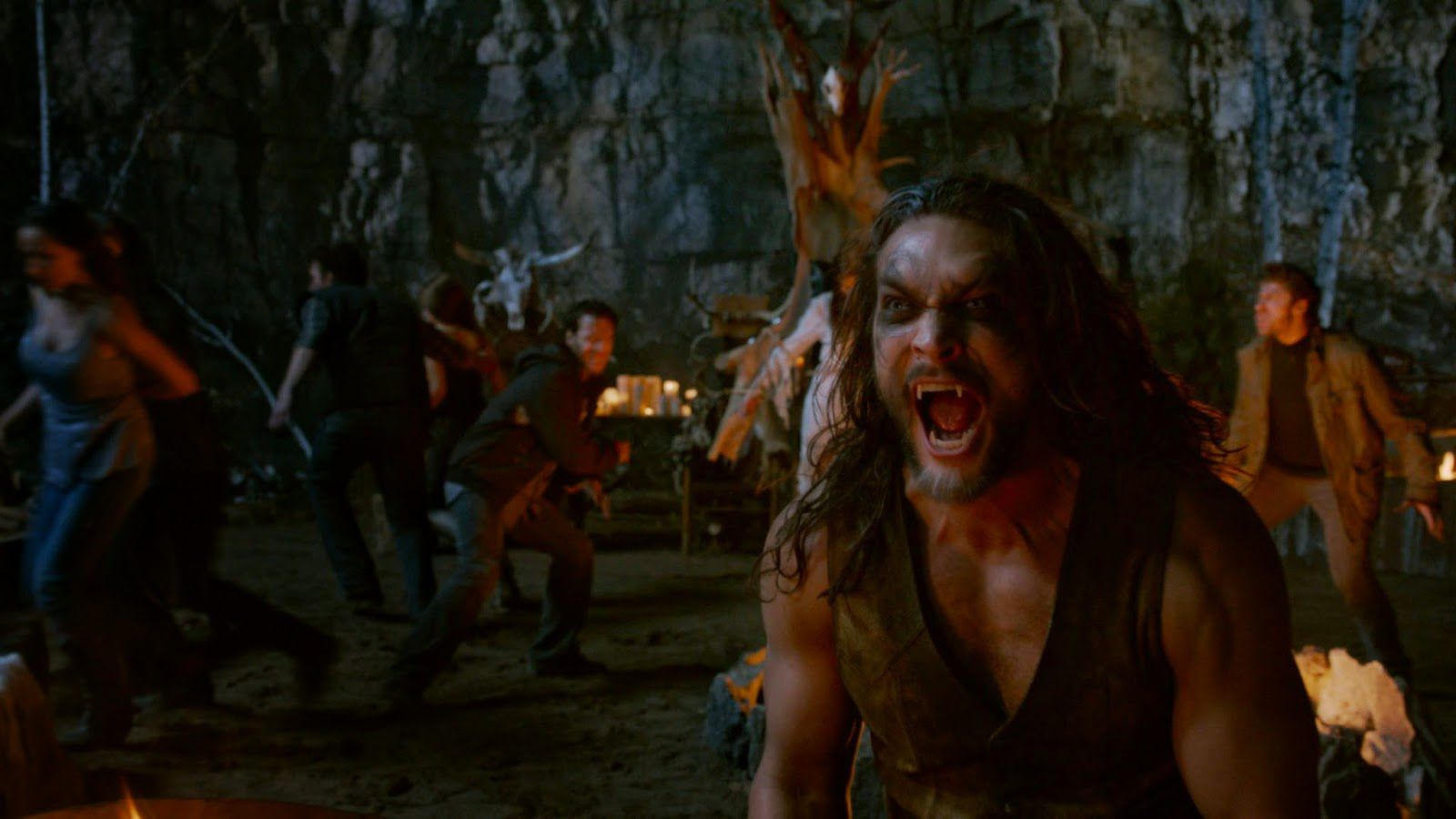 Within the first half-hour of Wolves, suburban pretty-boy-cum-vicious-werewolf Cayden Richards (Lucas Till) has narrated his backstory, killed at least four people (including his adoptive parents), fled his hometown under criminal pursuit, and met a cycloptic bar bum, Wild Bill (John Pyper-Ferguson), claiming insider secrets to his identity. He’s also trekked on motorcycle to a town outside of any government or police oversight, dropped eyes on the pretty bartender at said town’s only pub, come into contact with who he will learn is his biological father, and been taken under the wing of an aging farmer and his hospitable wife. In this concise span, writer-director David Hayter dabbles in woozy psychodrama, the glory of high school sports, steamy teen romance, hacked-limb gore, adrenaline-fueled revenge, man-on-the-run road movie, backwoods freak show, and pastoral Americana. Until the film eventually settles into its familiar good-versus-evil plot, complete with apocalyptically tinged fight sequences, it appears as though there will be no end to its pile-up of new locations, characters, and incidents.

Hayter takes a different cinematographic approach—speed ramping, dizzying superimpositions, hyperactive step-by-step montages, hyper-stylized lighting—to every stage in this rush of exposition without ever sacrificing a clear sense of cause and effect, and the result suggests some unholy hybrid of the aesthetic and genre indulgences of Michael Bay and the hyper-literalist plot construction of Christopher Nolan. In fact, it’s as if he’s set himself the directorial challenge of visually threading these disparate vignettes together no matter how outlandish the link; one transition, for instance, pushes in on a dart clinging to a map of Lupine Ridge (Cayden’s alleged birthplace) until the screen fills with darkness. Half a second later, it seamlessly emerges from the exhaust pipe of Cayden’s motorcycle into a swooping backward crane shot finishing with the omniscient Wild Bill gazing, gargoyle-like, over the parking lot. Such virtuosic spatial clarification becomes a key visual gesture in the film, which goes on to aerially trace the cornfields of Cayden’s surrogate home, the recurring locations in the off-the-grid town, and the forest lair where a squad of malicious werewolves host their man-eating bacchanalias.

Despite boasting spirited supporting performances all around, including a maniacally villainous turn from Jason Momoa, who suggests Jack Sparrow crossed with the Undertaker, Wolves is probably too dark and unsexy to strike gold with the Twilight set, too schizophrenic to please genre purists, too goofy with its werewolf simulation effects to appeal to SFX geeks, and too bloated with ridiculous excesses to get by the unsheathed swords of fanboy culture unscathed. At its best, the film is a whirring, eclectic oddity without a clear target audience, which is why its eventual turn toward muddled father-son hokum and strained commentary on the duality of human psychology (good and evil impulses exist in us all, but we must learn to tame the evil!) registers as a disappointment. At one point, in an attempt to justify killing his father, Cayden remarks, “Life is complicated,” which is a barebones worldview more appropriately matched to Wolves’s overstuffed absurdity than the murky platitudes the movie ultimately lands on.