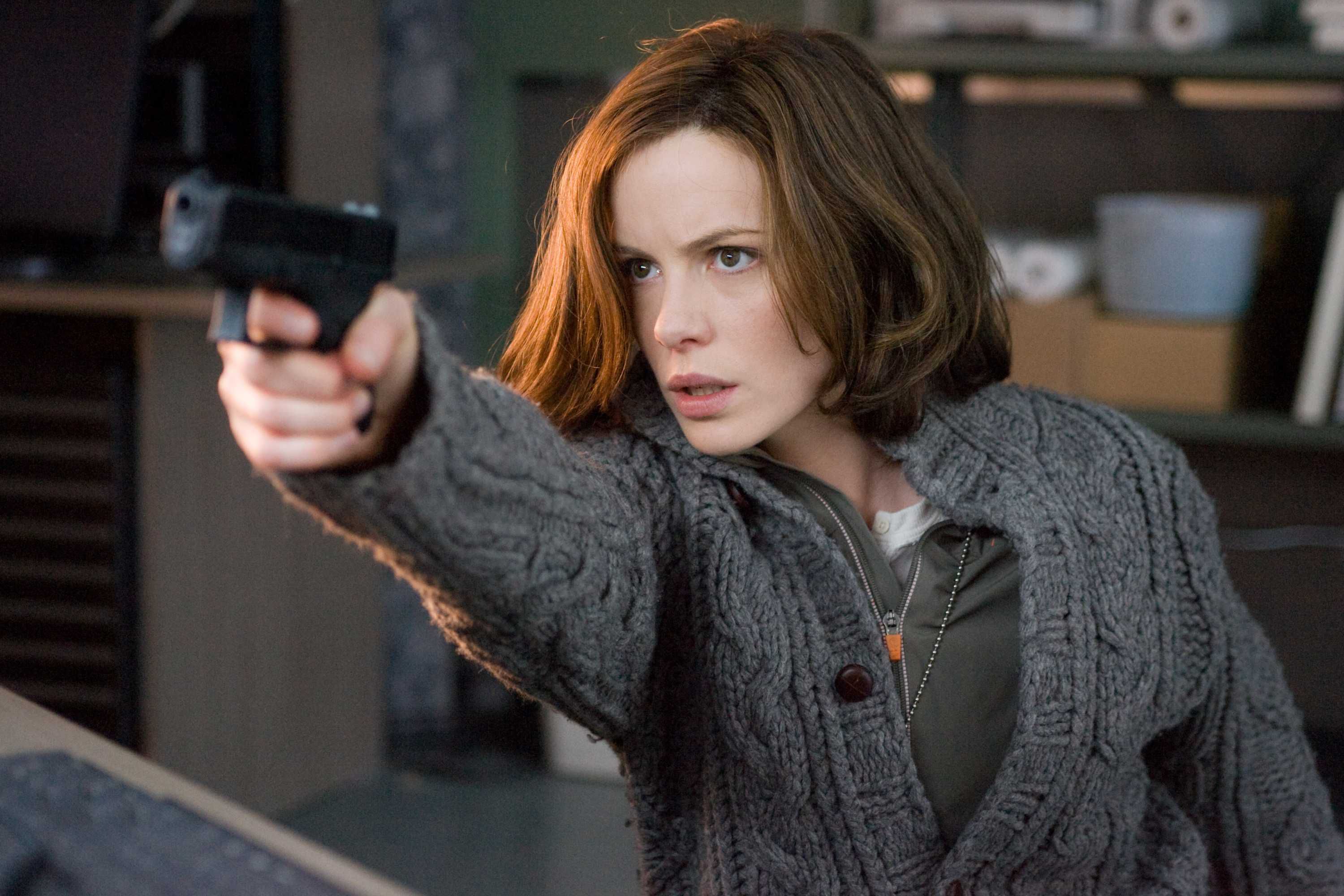 It’s a wonder Whiteout isn’t in 3D, what with its initial onslaught of in-your-face flying propellers, crashing planes, and a lingering close-up of Kate Beckinsale stripping to her skivvies and then bending over to provide a full-on view of her ass. Dominic Sena sees no conflict in introducing his protagonist in such a crassly sexualized manner and then asking us to take her seriously as a tough-as-nails U.S. Marshal, but then, there’s scant lucidity to this Antarctica-set thriller, in which the discovery of a dead body in the middle of the vast wasteland instigates an investigation that leads to a 50-year-old Russian plane buried beneath the snow. Beckinsale’s Carrie Stetko is haunted by the betrayal of a trusted partner years earlier, a scenario which plays out again in the frosty arctic once it becomes clear that someone at her scientific research base is responsible for homicide. However, since the film is populated with only a few substantial characters, one of which is suspiciously hidden for large chunks of time so that audiences might forget he’s even involved, it’s nigh impossible not to know the chief villain’s identity after five minutes.

Despite this significant tension-sapping shortcoming, the Swordfish and Gone in Sixty Seconds director manages to drum up suspense for at least one sequence, a battle on the blustery tundra between Carrie, mysterious U.N. investigator Robert Pryce (Gabriel Macht), and a masked killer, all of them attempting to stay hooked to the building-to-building ropes that keep them from being blown away. Beckinsale frowns and grimaces on cue, but there are no real performances here, just beautiful people posing, fighting, laughing, and bleeding with the same mechanical stiffness that typifies the connect-the-dots script. Thrown into the mix are a perfunctory race-against-time to abandon the base before winter storms arrive, as well as cheesy flashbacks to Carrie’s painful past. Yet Whiteout only really thaws itself out from formulaic rigor mortis via repeated sights of cords, sutured wounds, and Beckinsale’s frostbitten fingers being severed, a cutting obsession that doesn’t, unfortunately, extend to its avalanche of clichés.

Review: The Other Man