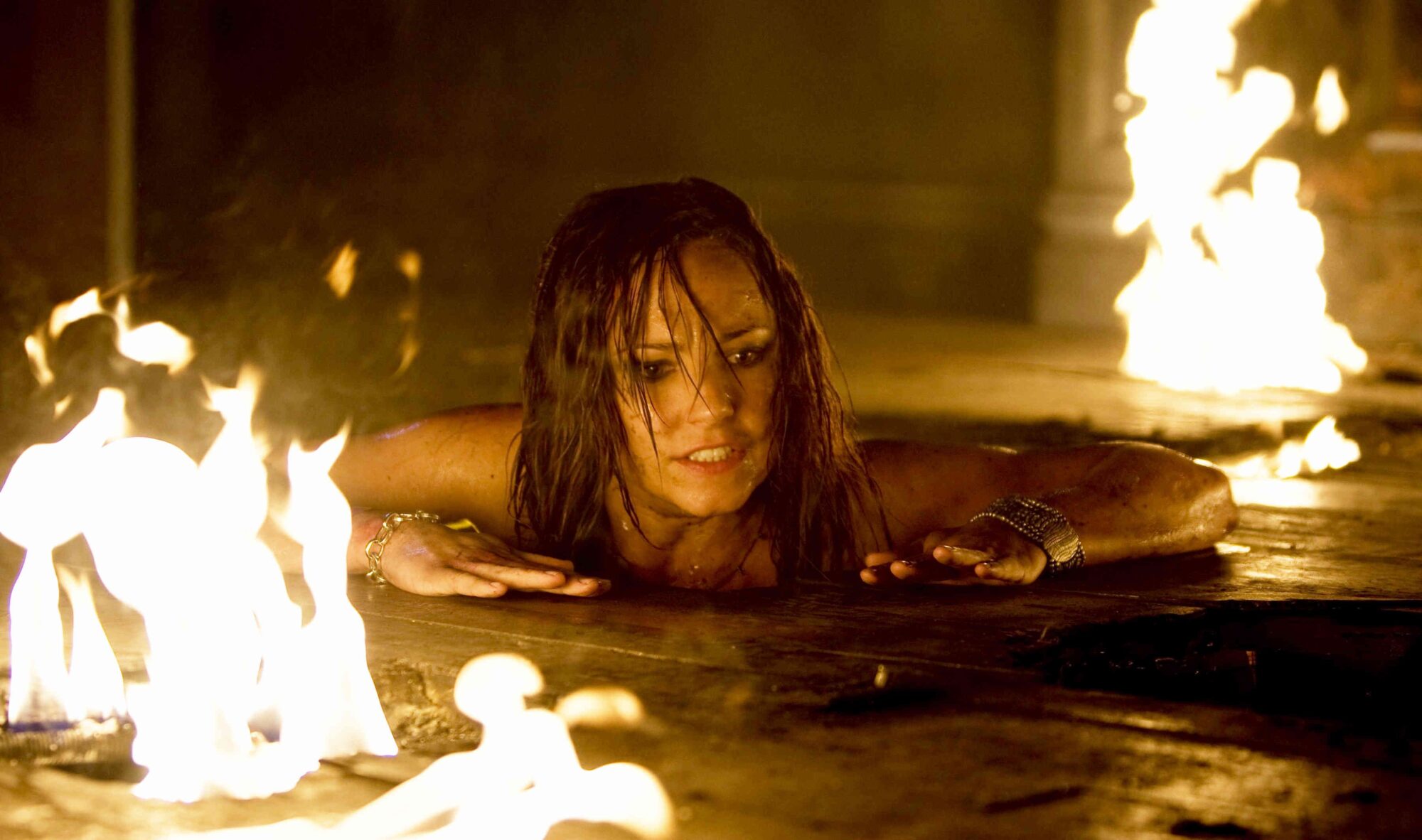 Before seeing Sorority Row, I couldn’t imagine that any slasher film released this year could possibly be more misogynistic than either the Friday the 13th reboot or Donkey Punch, a movie where a girl is inadvertently fucked to death. Sorority Row does its darnedest to claim that dubious honor with a plot that seethes with pent-up rage for the better-looking members of the fairer sex and their airhead, backstabbing, cock-teasing ways. Even when screenwriters Josh Stolberg and Pete Goldfinger defuse the film’s considerable anger by throwing some campy comedy into the mix during the film’s final act, including a scene where Carrie Fisher, in her cameo as the Thetas’s badass sponsor, goes after the killer with a pump-action shotgun, the pair’s last-ditch attempt to save the film feels like a tonal hiccup.

Rest assured, their love of slaying frequently naked blowup dolls is genuinely astounding, if only for its fierce conviction. Sorority Row is a more estrogen-fueled version of I Know What You Did Last Summer, replacing teen heartthrobs with panicky, collagen- and silicon-enhanced bimbos. The bad girls of Theta Pi aren’t just promiscuous but they’re stupid too. By the film’s logic, they’re practically begging to be taken advantage of, what with their skimpy booty shorts, hard drinking, and faux nonchalance about their bodacious bods.

After an opening sequence that prominently features a slow-motion pillow fight where a pledge thrusts her badonkadonk out of her coveralls while bouncing on a trampoline, the Thetas snigger about using roofies to pull a prank on Theta senior Megan’s (Audrina Patridge) cheating ex-boyfriend Garrett (Matt O’Leary). Megan will play dead, Garrett will freak out, and the Thetas will, like, put it on YouTube, or something. Things naturally go out of hand and Garrett stabs Megan through the chest with a tire iron, making it only a matter of time before a hooded murderer claiming to be Megan comes back to give them killer head by impaling them through the mouth. Scantily clad sluts must die!

Like all slasher films, the sanctimonious punishment Sorority Row’s killer doles out is offset by the pleasure the filmmakers get in watching these girls act like ditzes, call each other “Lezzy Lohan,” and then jump into the shower and lather dem boobies up good. It stands apart however from most of its contemporaries in its refusal to have a clear “final girl” who the filmgoer can root for from start to finish. All the girls in the film are in some way or other guilty of being a little too flirty, a little too tempting, and hence a little too skanky; one of them, charmingly nick-named Chugs (Margo Harshman), even invites a freshman to dive into the gaping maw that is her panty-less legs, only to be rebuffed for smelling like vomit. That kind of gleeful chauvinism is jaw-dropping but essentially the viewer’s only reward in this creatively constipated bit of genre trash.