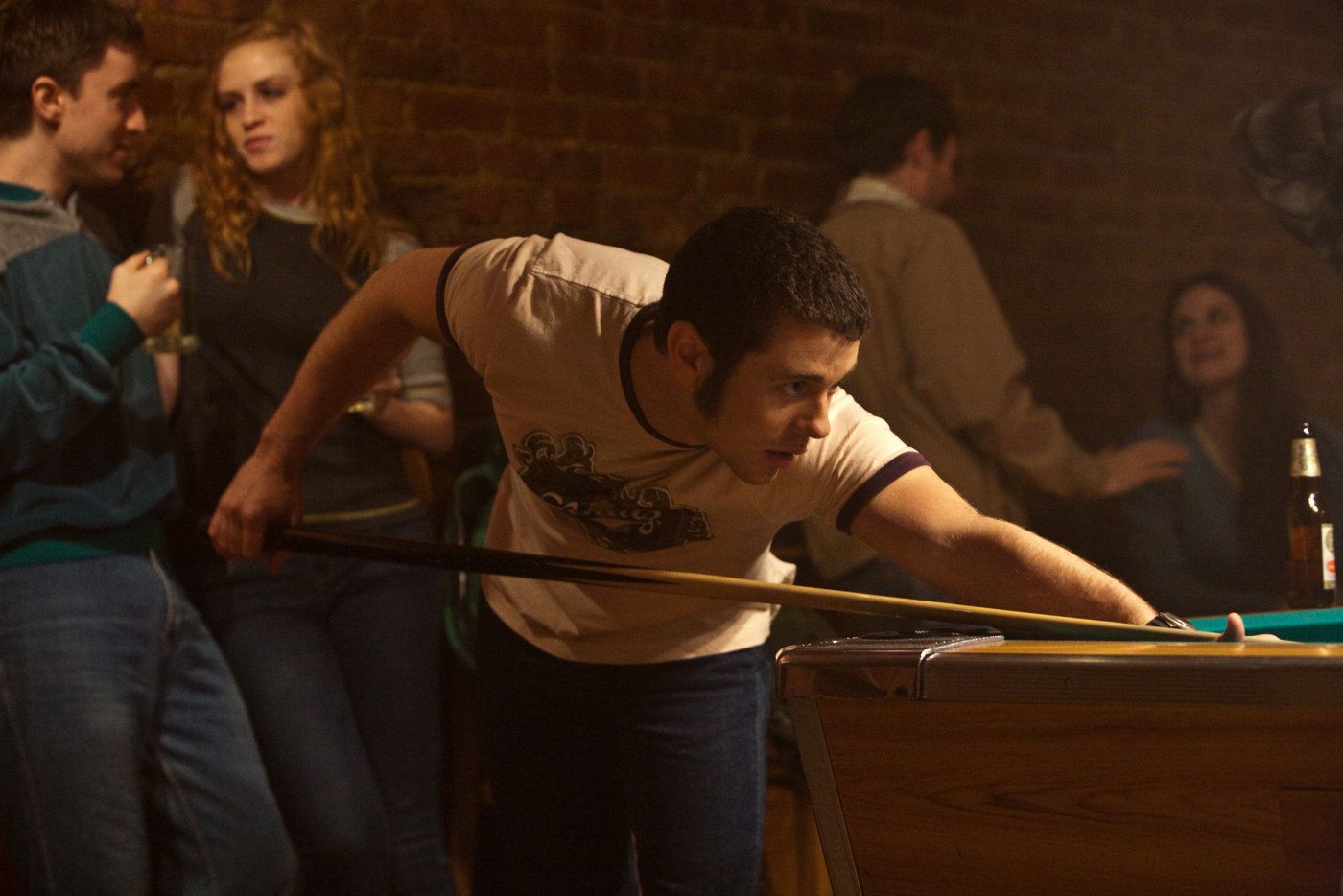 Couching clichés in self-conscious nostalgia does nothing to lessen their corniness in White Irish Drinkers, a coming-of-age saga notable only for its staleness. In 1975 Brooklyn, home of Noo Yawk Irish accents and bellbottoms, teenaged Brian (an unconvincing Nick Thurston) is forced to cope with a series of issues: his older brother Danny (an even less convincing Geoff Wigdor), a combative jerk who wants him to be his partner-in-larceny; his abusive drunk of a father (Stephen Lang); and his life working in a run-down movie theater, a seeming dead-end existence he’s comfortable accepting, despite the passion for painting he secretly nurtures in his apartment building’s basement. Brian’s dilemmas are laid out in schematic and loaded terms, such that engaging with his struggle to understand himself and his environment is futile. Nonetheless, the film dutifully proceeds down its rote path, striving to conjure nonexistent mystery regarding whether Brian will choose to stay at home and accept the working-class existence championed by most of his alcohol-loving friends (or the criminal profession advocated by Danny), or instead skip town for college like his pot-smoking Carnegie Mellon-attending pal, taking with him the fetching travel agent Shauna (Leslie Murphy) who dreams of escaping Brooklyn.

Shauna’s promise of freedom and liberation is epitomized by her convincing Brian to run naked and carefree through a cemetery, while home is represented by bloody knuckles and black eyes courtesy of boozehound pop, a horrific role model whom the film—spoiler alert!—also laughably attempts to posit as being a loving father deep, deep, deep down inside. With a hand so leaden it threatens to tear through the screen, writer-director John Gray does little more than channel stories like A Bronx Tale, injecting into his formulaic script a ruthless gangster, stock period music, sets, costumes, and pop-culture jokes (sample groaner: the movie theater owner thinks Rocky Horror Picture Show is going to bomb!), and a mother for Brian who, as earnestly played by Karen Allen, suffers her husband’s cruelty while remaining loyal to her brood. With its every well-worn element fitting together into a neat-and-tidy whole, Brian’s self-actualization ultimately proves phony, albeit not quite as monotonous as Lang’s performance. As the film’s paternal boogie man, he slurs, stumbles, wallops and wails with such overcooked abandon that he somehow succeeds at being more one-note than in his prior turn as Avatar‘s military monster.