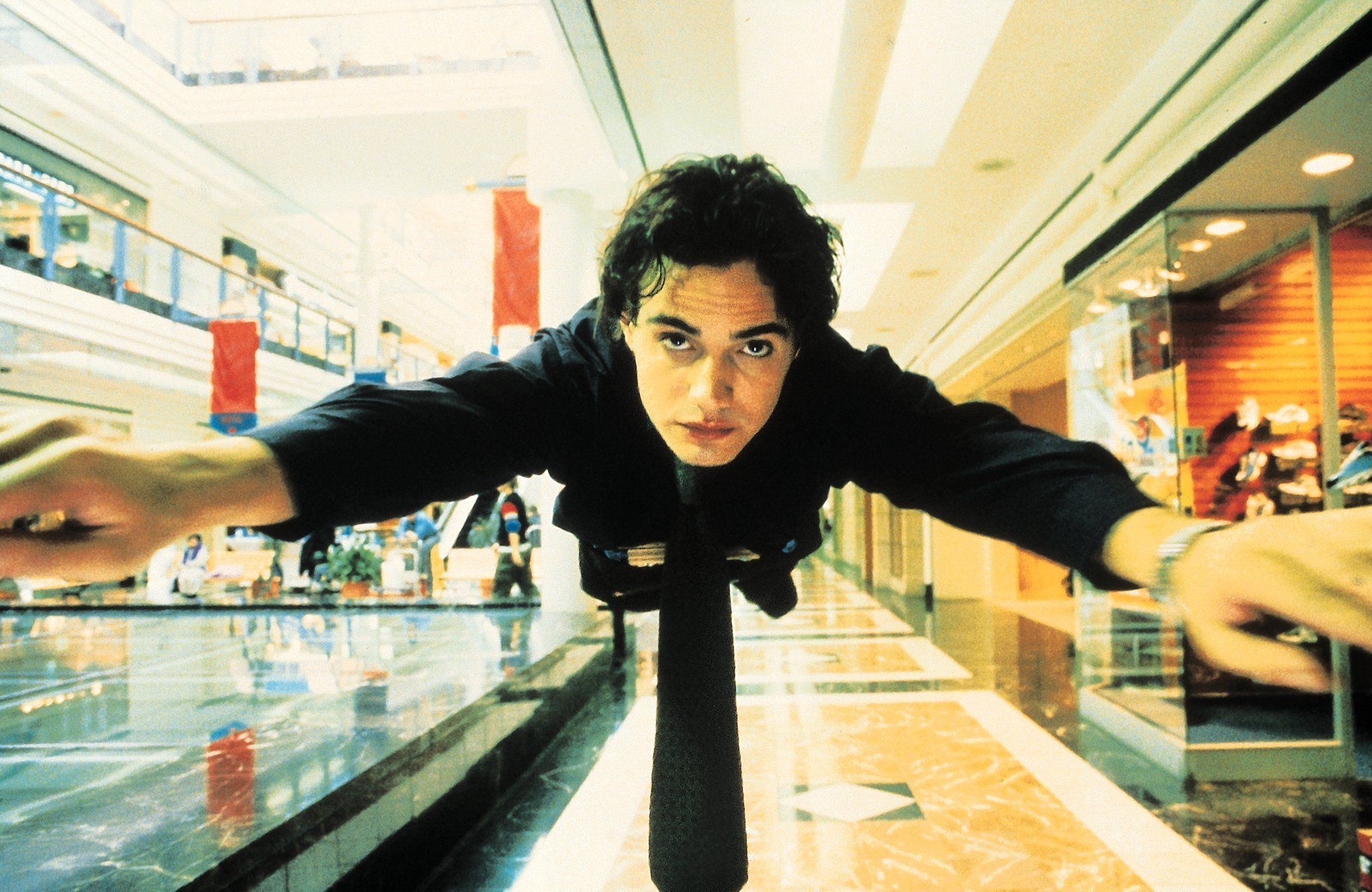 Welcome to Calgary, where the workspace is so disconnected from Mother Nature that walkways have been constructed in order to link industry to residential and commercial towers. In the Company of Men and The Business of Strangers successfully tore into soul-sucking capitalism but never with as much acid-wit as Gary Burns’s waydowntown. Burns is an unapologetic hipster—he implements jagged editing and hyper-stylized dialogue into his narrative as if they were going out style. Watching Burns’s film is like watching what Mallrats should have been: a commentary with a moral floor plan that scathingly and ironically evokes capitalism’s inimical stronghold. Burns disassociates the viewer by fracturing the narrative timeline in such a way that it comes to resemble the spatial disharmony of the city’s urban planning. Hyper-caffeinated characters seem to free-float through the story’s Plus-15 walkways, appearing and reappearing at any given moment like soldiers lost in an ancient Greek labyrinth. Although tunnels allow easy access from malls to restaurants to shops to homes, the rat maze’s dehumanizing consequences are suggested via Burns’s clever (if not incidental) parlor game: one of four young co-workers will win $10,000 if they can outlast the competition by being the last one to step into the outside world.

The film’s claustrophobic milieu gives way to varying stages of decay: egotism, kleptomania and industrial somnambulism. It’s a testament to Burns’s talents that the film’s funniest moments are, alternately, the most sublime. (Drones are so aware of the maze’s soul-scavenging power that they have turned seemingly useless micro-rooms into “time-out” sectors where they can unleash pent-up screams.) Burns’s command of irony is particularly effective, as witnessed when Sandra (Marya Delver), obsessed with the recycled air filtering through the building’s vents, steps into the outside world only to butt heads with an onslaught of vehicles emitting carbon monoxide into the city’s air. The success of the Plus-15 infrastructure rests on the notion that human mice will universally comply to a higher order’s behavioral demands (Big Brother anyone?). The ant farm and superhero metaphors may be overwrought but Burns’s protagonist (Jared Leto lookalike Fabrizio Filippo) makes for a fascinating Orwellian hero warrior. Tom suggests that surreal, ganja-induced lapses into parallel universes might just be the only outlet available to a corporate zombie looking for a little piece of Walden Pond. waydowntown is patently absurd, but its hold is pathologically frightening.