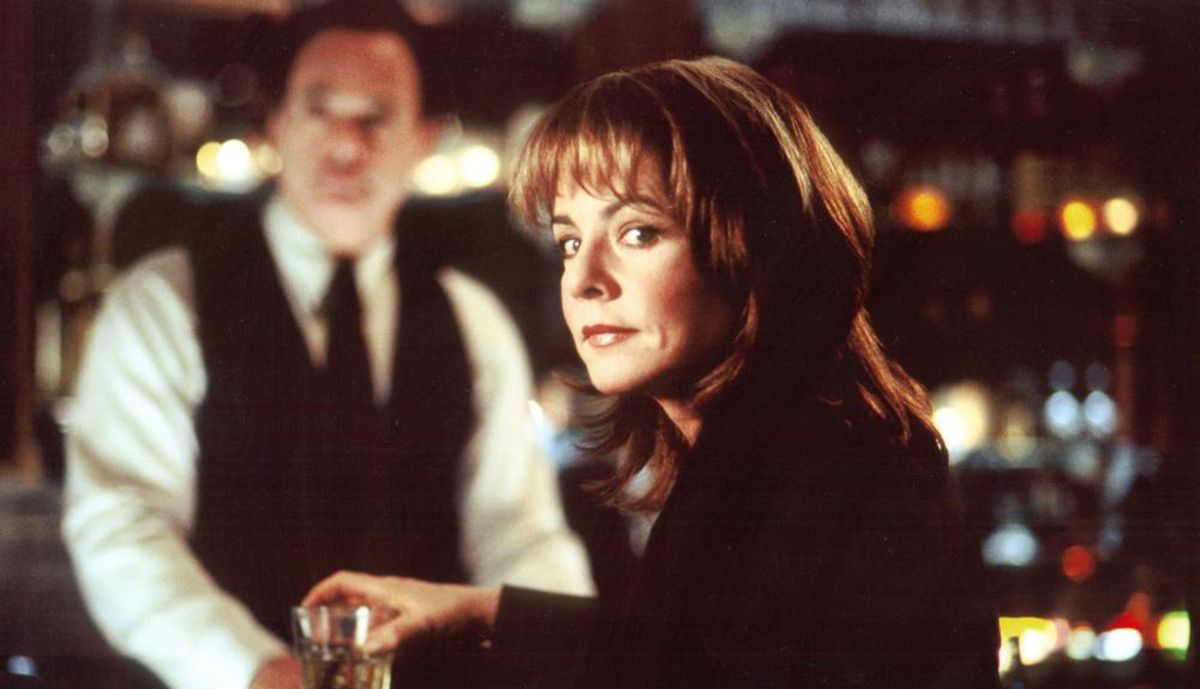 Writer-director Patrick Stettner’s The Business of Strangers isn’t so much a female take on In the Company of Men as it is a white-collar version of Baise-moi. Stettner, though, is less anti-man than he is sensitive to the way women have had to compromise their femininity on their way up the career ladder. Having acquired the CEO position at her corporation, Julie Styron (Stockard Channing) is at the peak of her success. She’s nonetheless painfully aware of the fragile glass ceiling above her head. In Paula (Julia Stiles), Julie sees a younger version of herself, an up-and-coming businesswoman that needs a little push from a girlfriend who’s more experienced. In Julie, Paula sees a woman in need of finding her inner cock-tease. Their sexually-informed banter not only becomes a conscious attack on the comfort levels of an elevator’s male inhabitants but, more importantly, a subconscious comment on how woman-on-woman pleasure is selfishly hoarded by men. Paula lures Julie’s headhunter, Nick (Frederick Weller), into Julie’s hotel room on a kind of reconnaissance mission. Paula forcing the man to enjoy pornography in the presence of two unfazed, willing women. If Stettner’s concern with the politics of power seem a little overzealous, this final trump card is fascinating and remarkably open-ended. Dependant on everything from Zoloft to hormone replacement drugs throughout her entire career, Julie punishes Nick for what she thinks he has done. By film’s end, you may ask yourself: Who’s teaching whom here, and does it matter how these women are liberated? There’s a history that’s written on Julie’s face that evokes how women have become strangers to themselves on their masculine journey up the career chain.

Review: Bounce: Behind the Velvet Rope