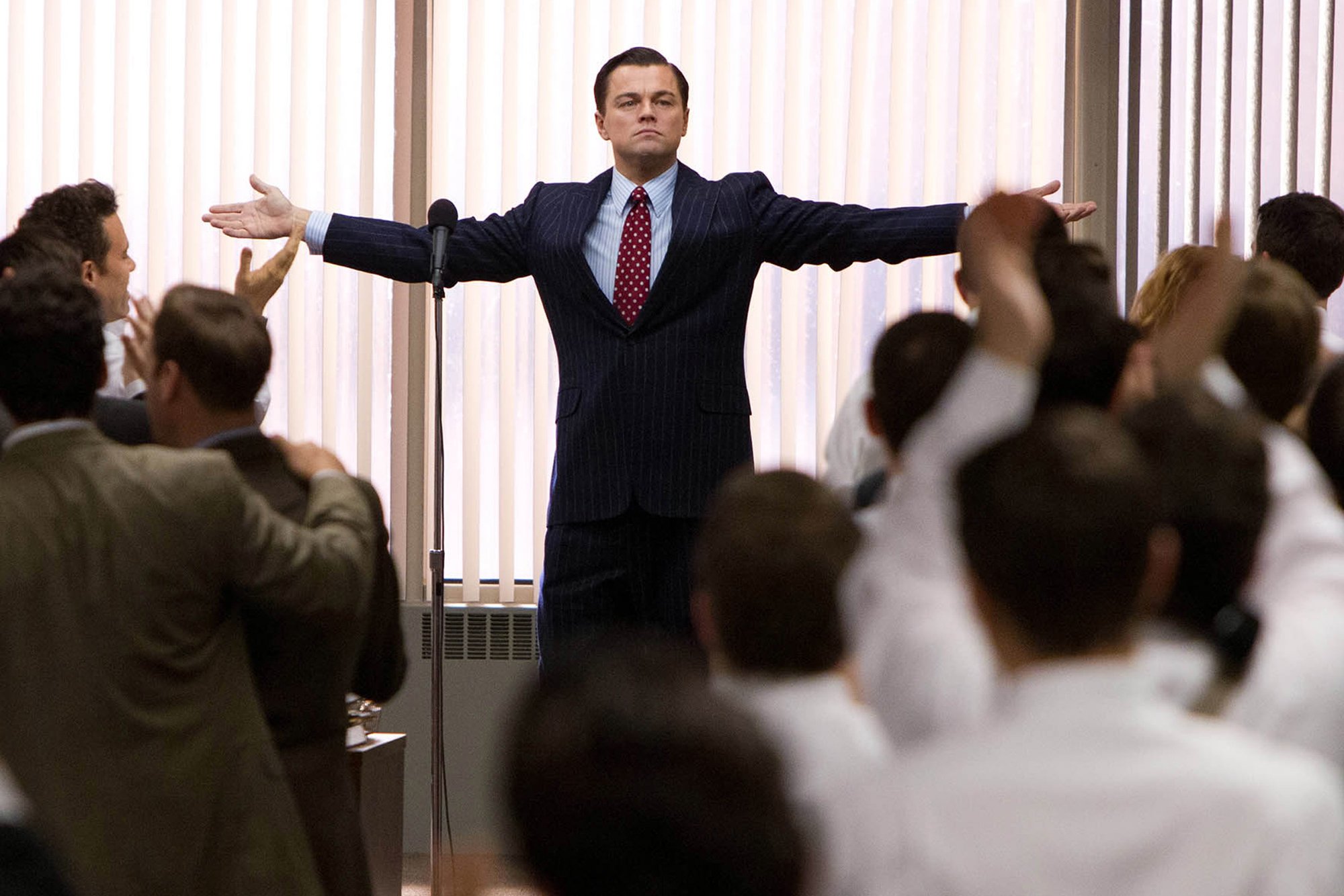 Continuing to show a late-career hunger for genre experimentation, Martin Scorsese follows Hugo with The Wolf of Wall Street, a brash, rise-and-fall stock-market satire that seems to boast more comedy than the filmmaker’s typical hard-hitting drama. Marking Scorsese’s fifth collaboration with leading man Leonardo DiCaprio (who, with this and The Great Gatsby, is officially cinema’s devil-may-care party-thrower of 2013), the new film is based on the memoir of Jordan Belfort, an infamous money launderer whose Wall Street wheeling and dealings also inspired 2000’s Boiler Room.

Hard, fast, and just about out of control, this debut trailer suggests Scorsese is on an energetic high, nervy and playful and ready to unleash something topical and evocative (what, no Michael Douglas cameo?). Opening November 15, The Wolf of Wall Street co-stars Kyle Chandler, Jean Dujardin, Jon Favreau, Rob Reiner, Pan Am head-turner Margot Robbie, and also Jonah Hill and Matthew McConaughey. Oscar watchers should probably add the latter two gents to their Supporting Actor shortlists, and the film is poised to contend in other categories too. Get a load of Marty and Leo’s latest after the jump.