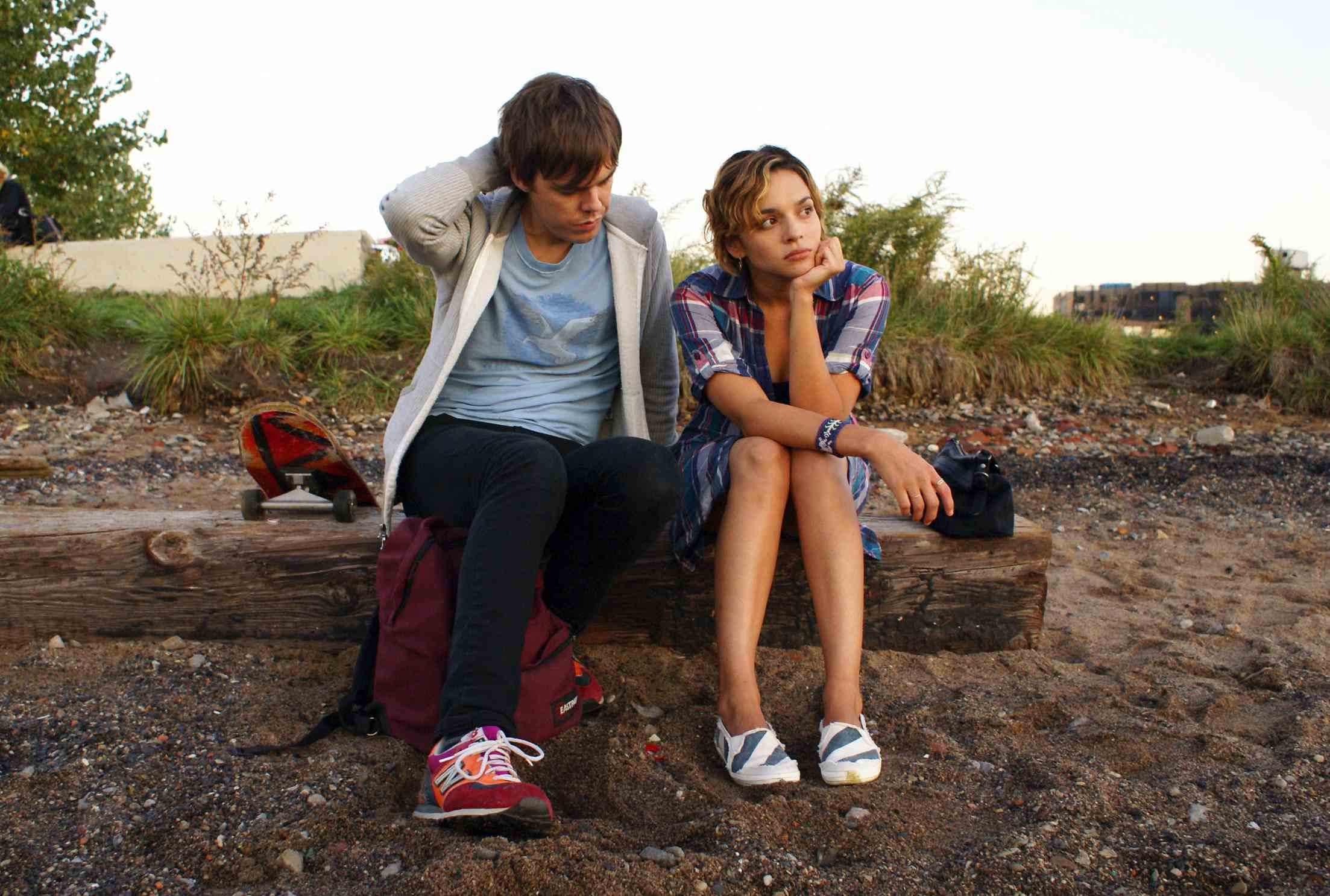 Wandering the lazy dub jungles between the passionate, if terminally silly, post-ska acumen of Sublime’s “Can’t fight against the youth”-isms and the self-deprecating reggatta de blanc of the Lonely Island’s “Ras Trent,” Wah Do Dem is a brief, peripatetic love letter to Jamaican tropes scrawled on hemp stationary. Conceived and executed by a collective of musician actors and audiophile filmmakers who serendipitously scored a cruise to Jamaica in a raffle, the lo-fi movie ambles along in percussively improvisational fits and starts, deliberately but unenergetically observing the impromptu vacation of its tourist protagonist get Trenchtown rocked by endemic shysters, thugs, and witch doctors. The resulting story, with its half-baked, episodic structure and aficionado’s soundtrack, rhythmically resembles the canned textural haziness and hesitant anti-professionalism we’d expect from a Super Ape tribute album sooner than from an indie travelogue—and is it a coincidence that the running time roughly meets the maximum Red Book spec for compact disc playback?

In a perhaps unintentionally refreshing turn (indeed, most of the movie’s pleasures seem the product of blithe spontaneity), the film’s wispy plot properly establishes the third-world milieu as alien without succumbing to the bromidic egalitarianism of most deep-fried fish-out-of-water tales. Scrawny New Yorker Max (recording artist Sean Bones) is dumped by his girlfriend (Norah Jones in an awkward cameo) just days before their planned Caribbean cruise; unable to snag a replacement travel buddy he trudges forward solo, only to have his vital possessions purloined while dopily swimming off the pristine coast of his ocean liner’s Jamaican port of call.

This predictable, if narratively necessary, reversal would puncture the film’s pungent air of likeably low-rent plausibility were it not for Bones’s curiously opaque slacker ethos: He lyrically downs Red Stripe while the sun sets over the Chrysler Building and, in a misplaced political embellishment, is delighted to discover that Obama’s approval rating in Jamaica is higher than in the United States. But the subtle determination with which he soaks in the pineapple-hued lights of the daiquiri-laden Carnival bars and attempts to satisfy his lust for authentic island adventure is as wobbly as the digicam capturing his exploits; less on a geekdom quest to tour the Jimmy Cliff-haunted wonder-slums of The Harder They Come, Max is, like the rest of us skinny white boys in shorts and counter-culture T-shirts, finding it difficult enough to simply have a good time.

The pressure drops on him further as he heads for the U.S. embassy in Kingston, bare-footed and –backed, and without a dime in his pocket. But rather than submitting Max to pointlessly predatory trials or, worse, the life lessons of a generous Rasta Virgil-guide, writer-directors Ben Chace and Sam Fleischner honestly, if perfunctorily, essay a hard look at the often glamorized roots of reggae culture—which often visually translates into resolving scenes with atmospheric footage of potentially delinquent youths playing soccer, or of viney flora creeping up through cracks in the poorly laid asphalt. And devoid of idealistic juxtapositions that might render such content socially aware, the film engenders a smooth, sedated (non-)reaction to its cast of earthy characters; even a bling-heavy faux-gangster with a fusillade ringtone fails to receive more than a generous grin, and by the time a wizened, noctivagant Carl Bradshaw enters with the solemn stature and guffaw-inducing garb of a medicine man, we’re ready to write the entire experience off as a less-than-imaginative hallucination.

Still, Chace and Fleischner achieve a trolling musicality that persists into the deadpan subway-ride valediction to Max’s hell-on-holiday. The apathetic editing and stifled frustration of their main character syncopate the unexplored tension of the film’s premise with unhurried curiosity; the camera appears so unconcerned toward the urban dangers Max has been thrust into that any discernable culture-shock moral would be sterilely conservative (e.g., revering Pete Tosh doesn’t necessarily teach you international diplomacy). Instead, we’re happily forced to make the best of Max’s situation along with him, appreciating the Patois threats for their mellifluous assonance, chortling at the mystic-cum-mumblecore of brushes with local aggression (“Hey Joe?” “Who’s Joe” “I’m calling you Joe.” “That’s not my name.”), and getting a contact high off the directors’ careful maintenance of their rocksteady, lollygag pace. Wah Do Dem may only be pretending to be too stoned to care about its direction, but it puts up a likeable affectionate front.