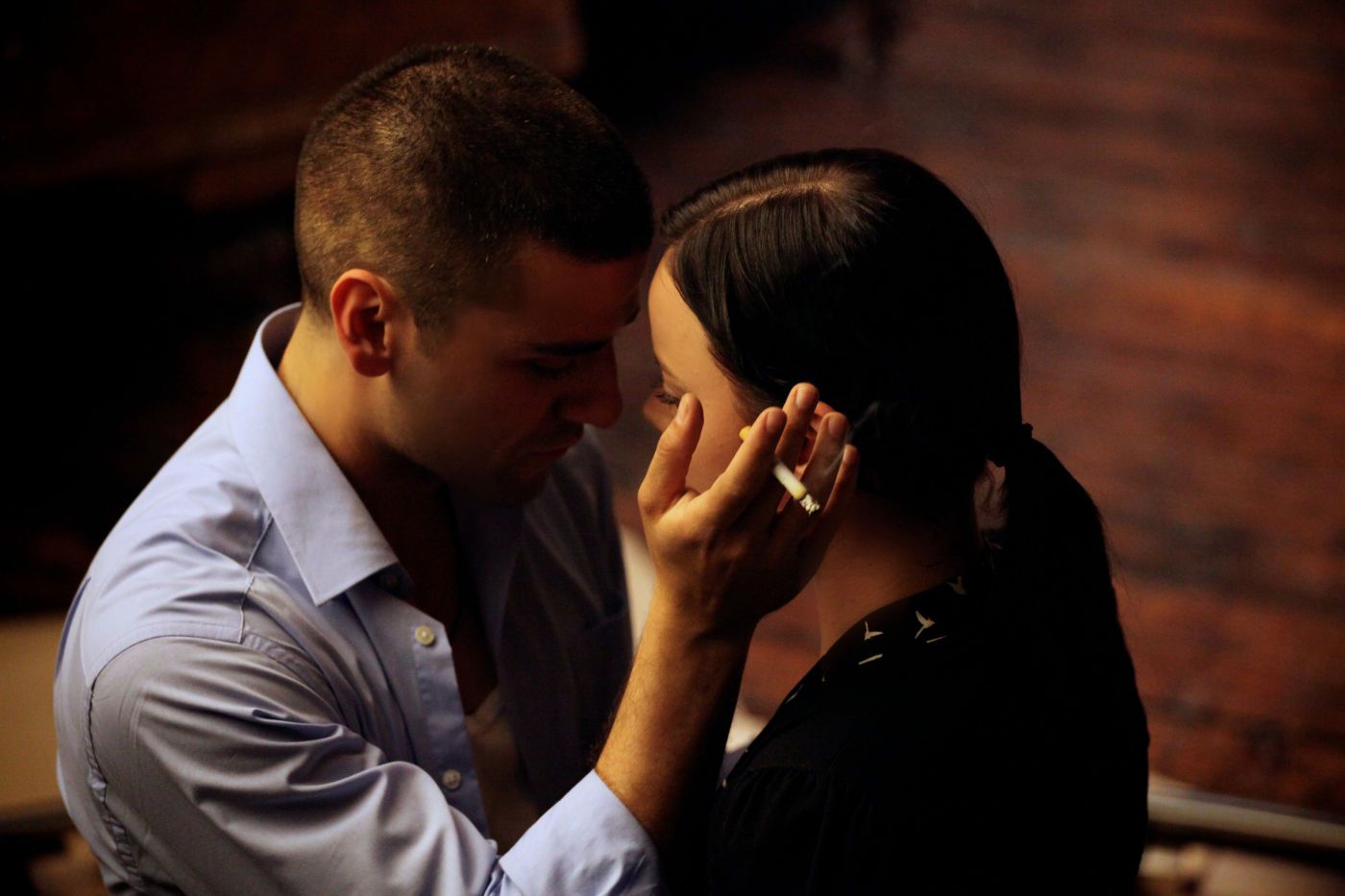 The general consensus on Madonna’s W.E., perhaps before anyone even watched it, has been that it looks great, but that is has no substance, no soul. This is quite ironic coming from a culture so invested in containing femininity within the boundaries of beautiful objecthood that it would be Frankensteinian for its most legendary female star to produce spectacle out of something other than her own body. The truth is W.E. is a perfectly fine piece of oneiric cinema. It puts forth, in fact, a kind of filmic écriture feminine so unabashedly consumed by “the look” and its world of artifices that we’d have to recognize, if we were to be critically fair and put our own heterosexist anxieties aside, that W.E. makes a mockery out of “man’s cinema” (cinema tout court?).

W.E. is all about shameless visual pleasure, but not of the kind Laura Mulvey warned us back in the day, which would cut women’s bodies and serve the pretty little pieces up to the voyeuristic “male gaze.” W.E.’s is a kind of dynamic pleasure that allows for non-shameful identification with the feminine and a fantasy of becoming what we see. A cathartic embracing of the object that one is and the erotic power of the objects that one isn’t, W.E.’s is a world of impossibly rich reds, impeccably coiffed hairdos, mirrored dressers filled with luscious Chanel makeup, irresistibly polished Martini shakers, five-billion-thread count Pratesi bed sheets, and “Justify My Love”-like corridors with ridiculously couture women walking by in, yes, Wong Kar-wai-esque slow motion.

We know the story: Wally (Abbie Cornish, a mix of Katie Holmes obnoxious ennui and Katherine McPhee comeliness), a privileged young woman in New York City, becomes obsessed with the royal drama and romance between King Edward VIII (James D’Arcy) and Wallis Simpson (the amazing Andrea Riseborough), the American woman for whom he renounced the throne. Wally spends most of her time at Sotheby’s getting aroused by the objects on display that once belonged to Simpson (and will soon be auctioned), as a kind of replacement for, or escape from, her own sexless and abusive marriage. Wally’s ecstatic bonding with the gloves, jewels, and pillboxes on display, which serve as cues for flashbacks that take us to the dramatization of the royal love story itself, is only ever interrupted by the charming security guard with a hot foreign accent, Evgeni (an excellent Oscar Isaac). The two develop a sexual tension that can be, frankly, much more interesting than the historical drama that fuels the film. It’s with Evgeni that we wake up from the overdose of lush and luxury (we need a breather just as long as we get to come back) when he takes Wally to a borough other than Manhattan for the first time and serenades her with some classical music.

The scene recalls the first time James Franco sleeps over at Neve Campbell’s apartment and cooks for her in Robert Altman’s The Company. But even though the myth of true love is what drives Wally, Madonna never throws a saccharine bone to her main character, as any other film about a poor fashionista looking for love in the urban jungle would. Wally may be seduced by Manhattan’s promises of itself as a haven for capital and libidinal fulfillment, but she isn’t fooled by them. She inhabits the space between ideality and actuality, from where she quickly learns to refuse men as a means for completeness. Even the bearing of a child becomes a narrative that includes a man but isn’t contained by him. Instead of settling for the simple things in life that Brooklyn and a hot Russian guy who plays the piano and reads Rilke have to offer, she flies to Paris to read royal correspondence by the fireplace at a chateau wearing some breathtaking Balenciaga-looking number. Wallis Simpson’s impossible-to-gain-access box of letters is her own Cave of Forgotten Dreams.

W.E. does have its share of potential camp moments, as when the female doubles (wasn’t this what Desperately Seeking Susan was about?), Wally and Wallis, cross time and meet each other in the same space so one can offer the other existential advice (the face is the most important thing, but you make the most with what you got), or when someone delivers a line such as, “Do you think we can change our own destiny?” Yet Madonna handles this film like a masterful aesthetician. The absolutely enthralling soundtrack patches everything together along with the grainy handheld close-ups that tend to follow every establishing shot. This last strategy, which could have easily become a sort of visual tic or editing cop-out, becomes a consistent dream-like motif that helps make W.E. a multi-sensorial frisson.

Review: We Bought a Zoo