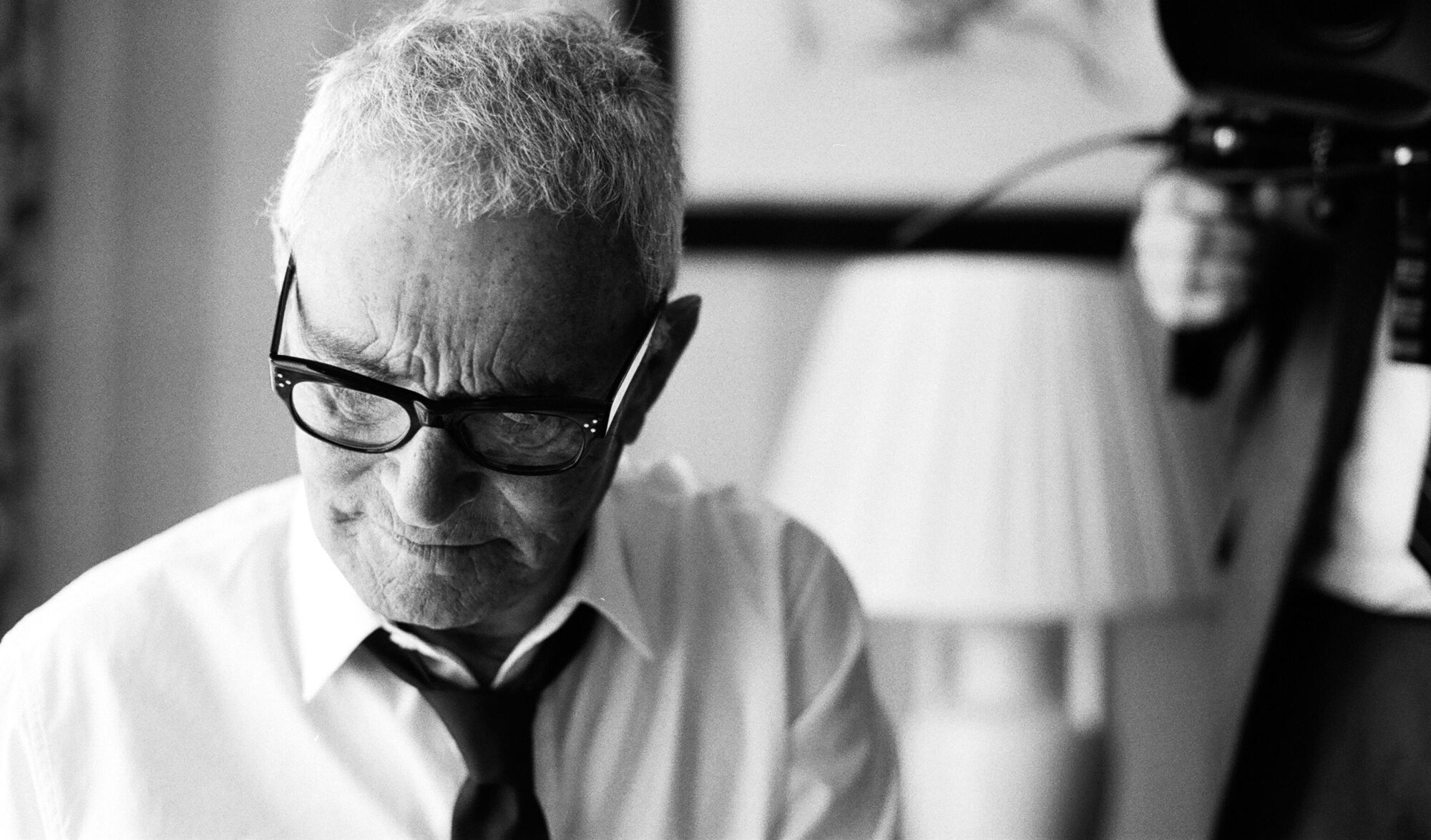 Far be it from me to deny Vidal Sassoon’s importance in transforming the art, practice, and industry of hairstyling or to refute his influence in the popular culture at large, but Craig Teper’s documentary profile of the legendary hairdresser seems to be so uninterested in anything other than consecrating its subject’s place in history, while scrupulously avoiding any unsavory details that might sully that legacy, that it veers dangerously close to hagiography. What saves it from mere uncritical fawning—a note struck from the movie’s opening declaration that “it’s impossible to overestimate the importance of Vidal Sassoon”—is the presence of the subject himself. Commissioned by producer (and hairstylist) Michael Gordon as a tribute to his friend, the film is structured around Gordon’s concurrent project of assembling a book about Sassoon for which he spoke with the subject on five separate occasions. While Vidal Sassoon: The Movie also makes use of archival footage (check out Vidal’s vintage appearance as the mystery guest on What’s My Line?) and occasional talking heads interviews (all with family members and worshipful associates), the heart of the project is the man’s own testimony as chronicled in the quintet of interviews with Gordon.

A modestly charismatic presence, Sassoon recounts his days growing up in a London orphanage, the grueling nine-year period during which he developed his signature “look” and cemented his fame, and his wildly successful efforts to expand his empire in the 1970s by introducing a line of hair products. Sassoon’s at his most engaging when discussing the influences (Bauhaus architecture, of course!) and aesthetic philosophy that led him to develop the geometrically exacting style of hairdressing which culminated in his legendary mod-perfect five-point hairstyle. He’s less agreeable when spouting encouraging platitudes for younger stylists or speaking on the state of the world. Occasionally Teper’s choice of archival footage productively augments his subject’s words, as when a young Vidal is glimpsed convincing a woman to get her hair cut Sassoon-style instead of settling for her conservative norm, a clip that confirms both the stylist’s huge conviction in his own work and his occasional intransigence. But just as often Teper’s footage serves as reductive patchwork, a tendency epitomized by a lazy montage of images of swinging London meant to register as shorthand for an entire era.

Whenever Vidal’s not on camera—and often when he is—the filmmakers are always arranging to present him in the best light, a strategy that makes it difficult to decide how seriously to take the claims of, for example, a sociology professor who paints the hairstylist’s once-radical dos as gifts of “liberation” for their female recipients. Only Sassoon’s ex-wife gets in a dissenting word. But after she gives a mere hint at bad behavior on her husband’s part, she’s countered in short order by his current spouse who describes him as having “the most amazing political conscience,” supposedly evidenced by his establishment of a house-building program for victims of Hurricane Katrina. By the time the film concludes with his receiving a cross from Queen Elizabeth, he can no longer be considered as a mere stylist or a pop-culture icon; in Teper’s treatment, he comes mightily close to becoming a saint.