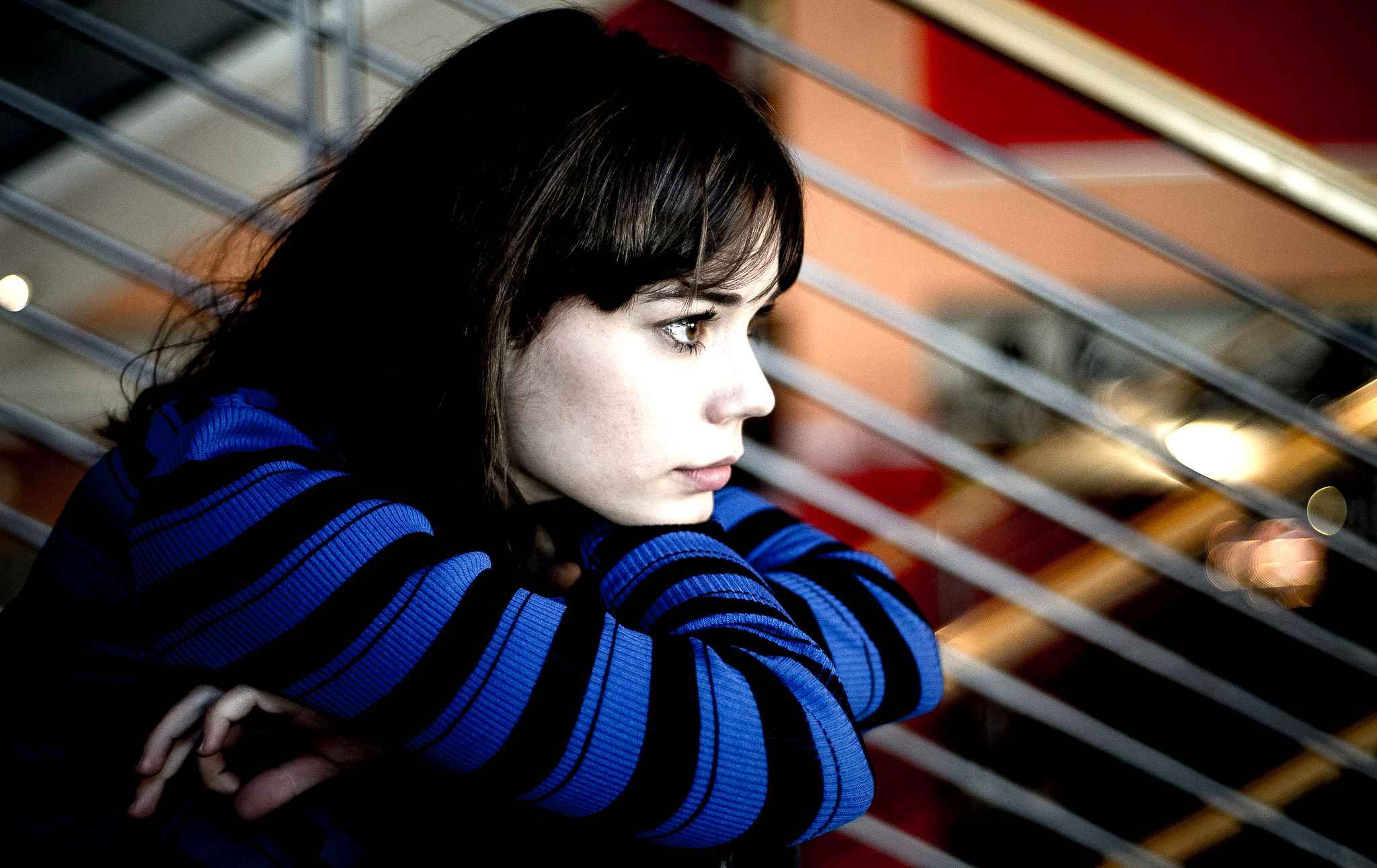 Soon, a gimmick becomes apparent: Victoria is one of those approximations of a one-take film, in which the cuts between the shots are obscured by splotches of darkness, denying us the ineffable relief that comes from conventional alternations between images that indicate shifts in points of view or even rudimentary changes between scenes. Other films have experimented with pointedly few cuts, most famously Rope, Russian Ark, and Gravity, but they allowed the viewer to luxuriate in open spaces that provide reliefs of their own. Victoria’s images, by contrast, are constricted, pointedly lacking that element of spatial compensation. This is a gray, gritty heist film set in the streets of Berlin over one long night, charting Victoria’s descent into a world of ex-cons and bank robbers, the long takes informing her evening with frightening palpability. One can chart the very moment that the protagonist’s existence slips out of the routine into the nightmarish, and there’s no escape by temporal omission.

Director Sebastian Schipper complements his aesthetic with a confident grasp of dramatic escalation. The very long first act, nearly half of the 138-minute film, details Victoria’s flirtation with Sonne (Frederick Lau), a handsome, clearly dangerous rogue she meets while exiting the club seen in the opening. Initially, there’s a disturbing rape texture that springs partially from one’s experience with other crime films. Our antennae twitch with dreadful expectation when Victoria—an outsider recently relocated from Spain—falls in alone with Sonne and his three drunken male friends, but the latter are revealed to be capable of treating their guest not only with respect, but with something resembling poignant camaraderie. Victoria and Sonne eventually steal away to the café that she must open in the morning, bonding with a degree of vulnerability, playfulness, and sexiness that far eclipses most of cinema’s sentimental, moony-eyed portraits of brief encounters.

Despite the film’s merits, it grows increasingly difficult not noticing that every scene is roughly three times longer than it needs to be, and that a potentially slim, efficient genre item has been arbitrarily blown up to epic proportions. Schipper’s too enamored with the illusion of “reality” that he’s courting, particularly when Victoria, Sonne, and the gang go on the run. The director’s loose, intimate quotations of Children of Men’s protracted battle scenes (which were, themselves, quotations of Full Metal Jacket) are initially lively and amusing, but they tediously comprise most of the film’s second half, eventually fizzling out into redundant cacophony.

A long shot of Victoria crying in a hotel is interminable, concluding long after landing its dramatic point, and that’s after an encounter between Victoria and a hotel clerk that appears to take longer to unfold than such a negotiation might in actuality. The one-take conceit initially heightens the film’s emotional stakes, but it devolves into a mechanical fetish. Schipper appears to be daring the audience to grow restless with his wallowing in the quotidian, inadvertently reminding us why artists make cuts in the first place.