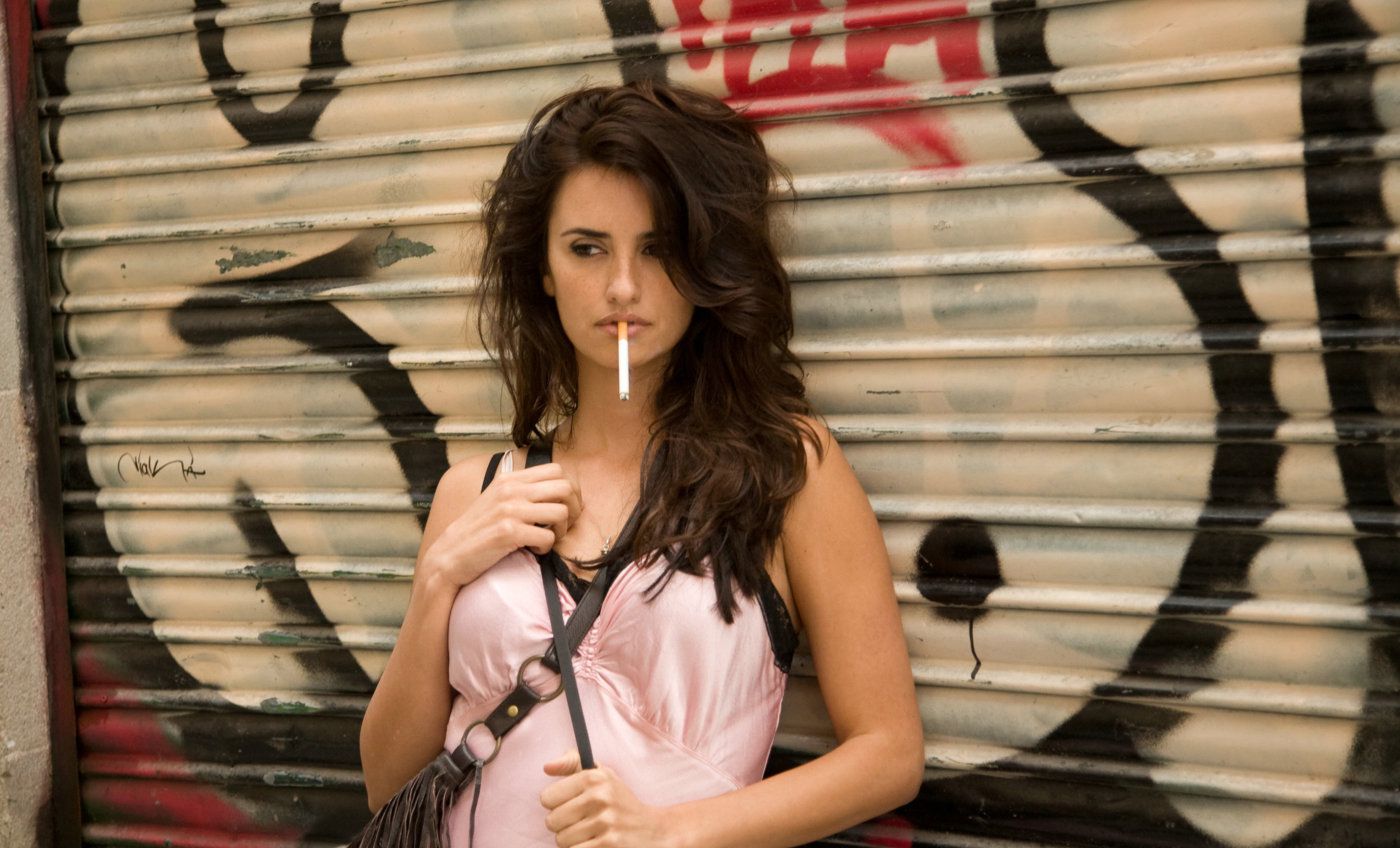 My fantasy world is way cooler, and less offensive, than Woody Allen’s. You see, in mine Helen Mirren trips on stage after accepting her Best Actress Oscar and her golden statuette whirls in fabulous slow motion until it lands on a flabbergasted Penélope Cruz’s lap. With that, at least one Oscar goeth to its rightful place and the world is spared the inexplicable buzz Cruz is getting for her insulting part in Vicky Cristina Barcelona. Actually, it’s not that inexplicable: Maybe enough people have already caught on to the tragedy of Cruz having lost the Oscar for her soulful performance in Volver and feel reparations are already in order—but if that’s the case and all this hubbub is in the interest of justice, why not tout her superior performance in Elegy instead?

But I digress. What else is there to say about Vicky Cristina Barcelona or Pan-Seared Misogyny in Hot-Blooded Balsamic Mediterranean Reduction that hasn’t already been said about nearly every other shoddy film Allen has made this decade, from the director’s absolutely contemptible views of female behavior to the 10-dollar words that he scarily jams into the mouths of his characters? Well, we could praise Rebecca Hall for trying her damndest to sound as if her off-the-cuff psychobabbleisms are her own and not those of some neurotic chauvinist who has succeeded in making—if we can consider this a measure of success—what may be described as an Upper East Sider’s version of Hostel, but the last thing Vicky Cristina Barcelona needs is encouragement.

And boy does Allen paint. Admittedly, some of this gaudy travel porn’s ideas are worthwhile—if not Juan’s “speak English” hang-up, which scans only as an inflated sign of his respect for Cristina (coming at the expense of his ex-wife’s sanity) and not as some kind of commentary on cultural compromise or appropriation, then definitely the nexus-of-art-and-sexuality thesis. Except Rohmer (La Collectionneuse), Truffaut (Jules and Jim), Rivette (La Belle Noiseuse)—hell, even Isabel Coixet (Elegy)—have elaborated on such knottiness more intuitively and without condescending to the audience as Allen does here, most egregiously through the obnoxious narration (a play-by-play really) by Christopher Evan Welch. Yeah, I don’t know who he is either, which is possibly meant to tie in somehow—maybe not at all—with the eye-rollingly full-of-itself plot nugget about Juan’s great poet father never having published a single work in his life (thus abstaining from notoriety) because he’s trying to punish the world for its centuries-long inability to love. But how does one miss what they never had?

Vicky Cristina Barcelona is basically the most arrogant film of the year, an occasion for Allen to feign interest in challenging heteronormic ideals when all he’s doing is advancing a simplified view of female sexual agency, hoping you won’t notice because it all takes place in a Mediterranean locale where the native woman—here represented by the suicidal Maria Elena (Cruz)—is defined entirely by how loudly she blows her top. (Well, at least Allen is generous enough to allow one woman here to know what she wants and act on it.) So the film is multifaceted, but only in the sense that it works both as a crass celebration of luxe, what with Allen’s camera focusing only on Barcelona’s fanciest parts (the whole thing practically takes place on the roof of La Pedrera, and even a trip down prostitute row suggests a stroll through Madison Avenue), and as a reduction of the Mediterranean to a stock tempestuous type who doesn’t abstain from feeling. (Allen confuses stereotyping for humanness.)

Then there’s the ménage à trios between Cristina, Juan and Maria Elena, whose formation could have been an occasion for Allen to offer genuine insight into the paradoxes of sexual commitment, linking emotional effect to artistic collaboration, but Allen is as flippant and vulgar about gay desire as Kate Perry is. (Cristina’s insincere longing for Maria Elena is just a phase, and she flaunts it as she would a new dress.) Here, lesbianism is more litmus than identity, for Johansson’s Cristina is likened to some type of crucial veneer that makes the more passionate (ay, ay, ay!) hues Maria Elena and Juan each represent more beautiful (read: less hot to handle). Somewhere Gaudí is weeping over this insulting trivialization of the Spanish romantic spirit.