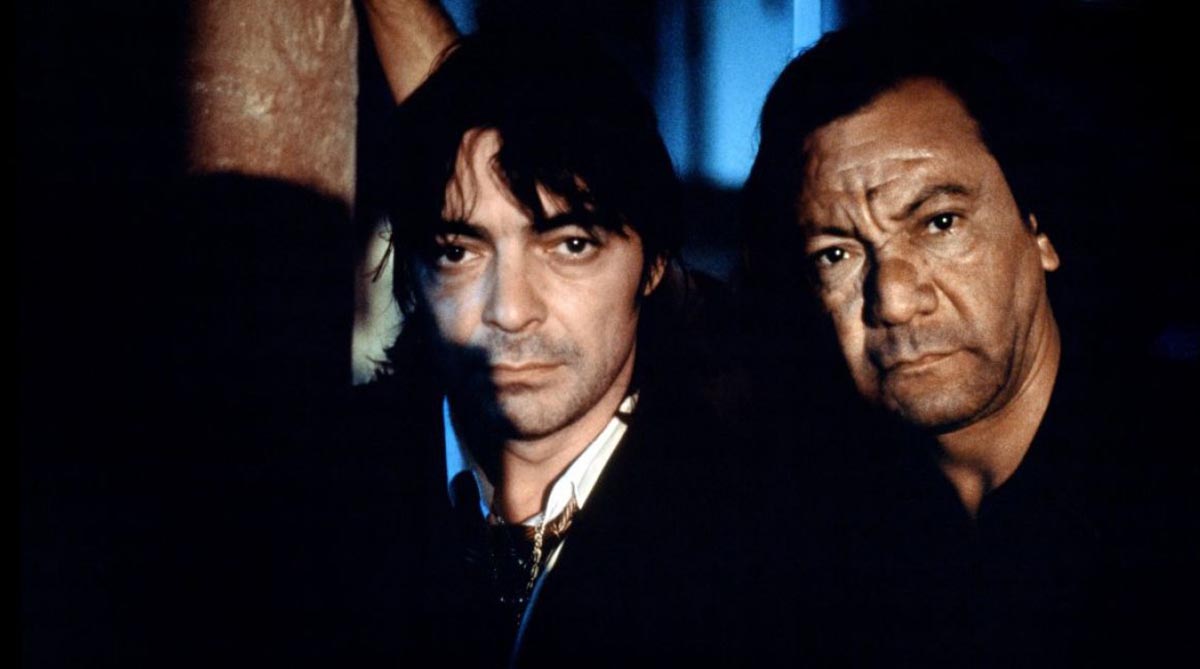 Tony Gatlif’s Vengo whets the soul with its gypsy moans and lucid imagery, a vision so pure you can almost feel the flamenco beats working their way through your blood. Not since Carlos Saura’s Carmen has a director so successfully meshed heart-piercing cultural noise with the melodrama of a people in constant emotional flux. Gatlif’s Andalucia is the colorful backdrop for gypsy angst; sleek black cars hover majestically before churches whose overexposed white exteriors hint at a slippery spirituality that pulsates in a people who exorcise pain through dance. Ever since Caco’s brother Mario fled from home, his garden has lost its soul. Promises of vengeance are painted on the garden’s exterior walls by members of the Caravaca clan (Mario stands accused of killing one of their men); Caco’s mamacita and her sisters whitewash the threats away with a magical realist drop of a mamoncillo fruit. Vengo’s soundscape is such a labyrinthine work of beauty that every drum pound and cricket chirp ebbs complimentary to the spare narrative. Mario runs up the hill to his home, his footsteps the equivalent of a drum stick hitting the earth’s surface. Spanish divas wearing long, lacy garbs twirl to the wails of a gypsy elder; you might weep for the film’s plucking of the soul’s strings. For Gatlif, a christening signifies the birth of godliness and a suicidal chivalry comes to represent the ultimate act of unspoken familial loyalty. Technology, from cars to cellphones, plays as important a symbiotic relationship to Andalucian lore as does the pulse of tapping feet and the gyrating of the body. A blade pierces the stomach of a man who lies dead among scattered, noisy car parts which signal his celebratory transcendence into the realm of the dead. Vengo is a stunning piece of performance art, an ode to the seguiriya (the song of mourning). It bleeds so profusely it hurts.