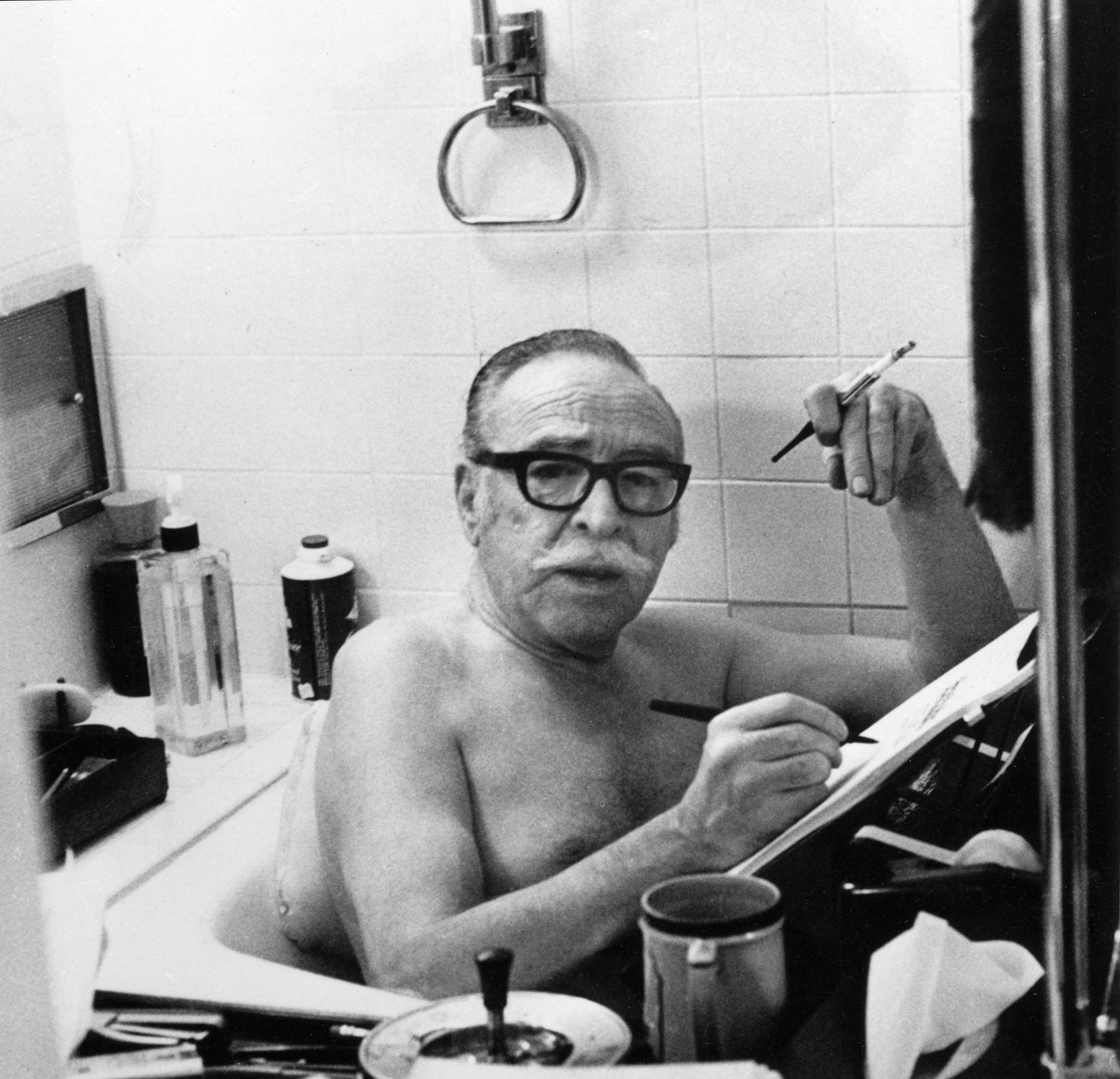 Though he’s seen chiefly in photos, and sparingly in archival audio and film interviews, Dalton Trumbo’s own voice is the best conduit for his political significance in this eponymous documentary on the screenwriter blacklisted during the Red Scare, the dramatic interpretations of a sampling of his letters by nine contemporary Hollywood actors notwithstanding. Seen in old age with an exclamatory white mustache befitting a noted contrarian and pain in the ass, Trumbo says of his American Communist Party peers, “They weren’t as dangerous as the Elks—and didn’t have near as many guns.” Ballsy and acerbic to the point of drawing laughter from the gallery at his appearance before the House Un-American Activities Committee in 1947—“I should like to see what you have!” he demanded of the HUAC chairman—Trumbo wielded his writerly wit and splenetic rage against the human sacrifices of McCarthyism until he became the first “reinstated” member of the Hollywood Ten with his credits for Spartacus and Exodus in 1960. It’s too bad that Trumbo over-relies on actors to goose up that voice with PBS-style epistolary “class” (basically staged readings against a black background, presumably in the manner of Christopher Trumbo’s source play about his dad).

A few of the hired guns do justice to their texts, particularly Donald Sutherland with a clarion excerpt from Trumbo’s antiwar novel Johnny Got His Gun, and a seething riot act read by David Strathairn to the school principal of Mitzi Trumbo, ostracized by pubescent pals for her father’s notoriety. (On the lighter side, Nathan Lane aces a hysterical primer on onanism penned for student Christopher.) Amid a career spiral that included a year in the federal pen for contempt of Congress and an ill-advised move to Mexico that yielded little work and less money, Trumbo’s artisanal letter-writing partly filled a creative void. But Trumbo is most focused when it lets the man and his peers testify directly; actress-writer Jean Rouverol, now past 90, is positively giddy in telling each impassioned war story, as of the night she turned two federal agents away from her door and then phoned her husband and collaborator to warn, “Get on your horse.” Even Trumbo’s words evolve over the decades from the familiar hero-villain schematics of other HUAC-era retrospectives; furiously damning the quisling movie execs in the ‘50s, by the ‘70s he equivocates that all figures on both sides were “touched by evil.” His Oscar for a 1957 script, honored while credit was given to a mysterious front, was seen as a sick joke by Trumbo but eventually accepted the year before his death in 1976. His principled, hands-on idealism puts such hardware in its proper place in a sobering clip when he identifies the key tactic for the newly blacklisted: “Sell your assets quickly, before you become a nobody.”