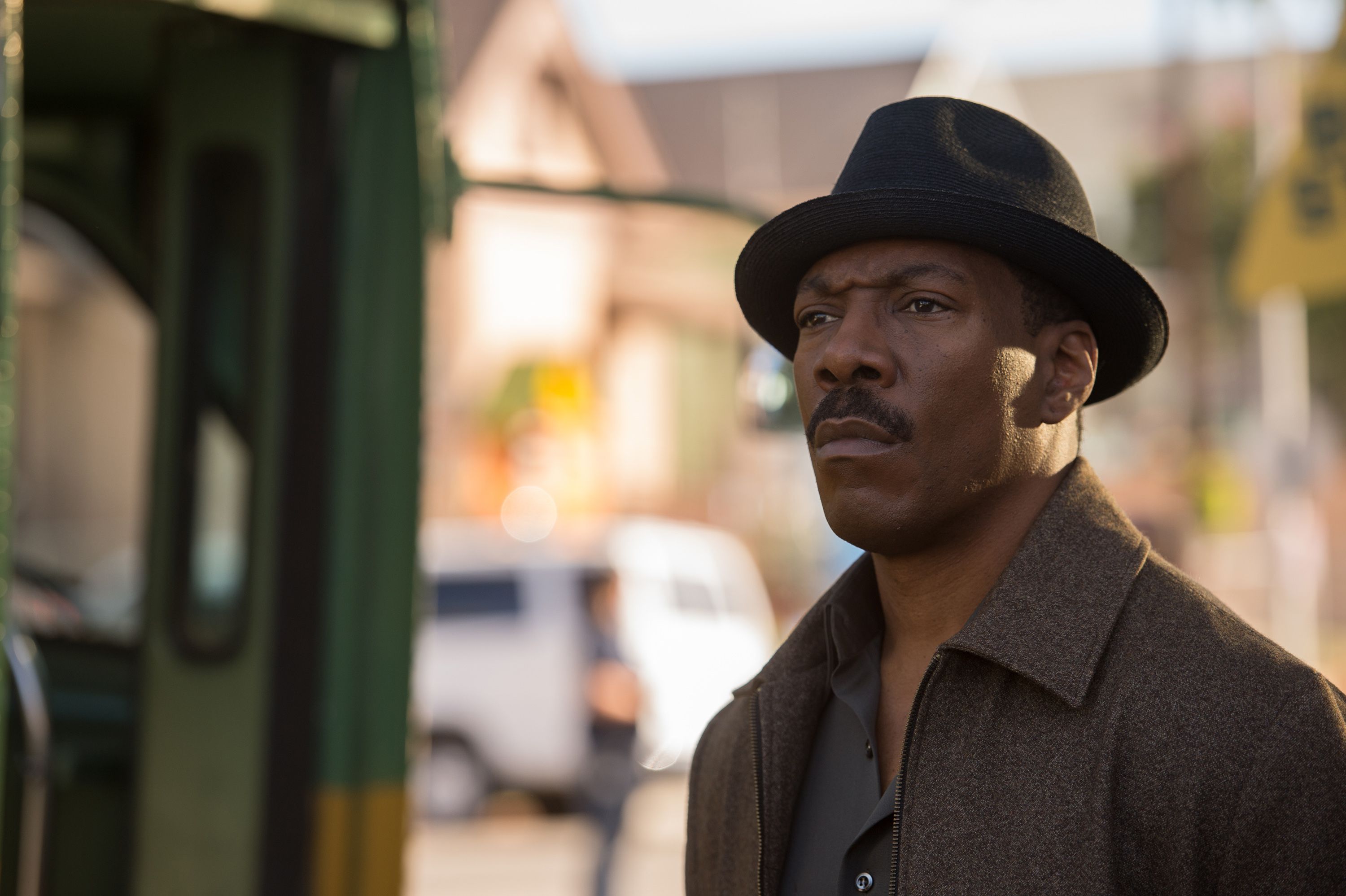 Bruce Beresford’s Mr. Church is remarkable for how it manages to indulge so many offensive and shopworn clichés at once. A risible example of the magical negro trope, Henry Church (Eddie Murphy) appears in the lives of Marie (Natascha McElhone) and her daughter, Charlotte (played as a girl by Natalie Coughlin, then as a teenager and adult by Britt Robertson) as if out of the ether. Marie has been given six months to live from breast cancer and Henry, it turns out, has been hired by the woman’s deceased ex-lover to be the mother and daughter’s personal cook. But Marie hangs on, with six months becoming six years, which is enough time for this true renaissance man to become a surrogate father to Charlotte, encouraging her to read more and a become a writer (an ambition that she puts on hold after an unexpected pregnancy), as well as a painter and jazz pianist.

Mr. Church’s talent for tinkling the ivories is something he doesn’t talk much about with Marie and Charlotte, demanding privacy over his activities outside the days spent at their home. But this sense of a double life is the only sense of agency he’s allowed to ever exhibit, because Mr. Church also turns out to be, more covertly, another tale about the white man’s burden. More than just the fact that we see this character almost entirely through the white characters’ eyes, there are hints later on that Mr. Church had an abusive upbringing at the hands of his father, and so it’s through this white family that he finally finds the kind of affection that he’s always wanted.

Eventually, Charlotte catches wind of Mr. Church’s troubled past, when she stays with him at his house while visiting her Los Angeles hometown from Boston University, where she goes to college. (That she can afford her studies, it should be noted, is thanks to Mr. Church’s generosity in maintaining all the money he saved on groceries from clipping coupons for her and her mother while employed as their cook.) Mr. Church offers these clues in drunken rants addressed to his dead father that Charlotte overhears every time he comes home late at night from the jazz club, Jelly’s Place, where he plays the piano at twice a week. It’s one of the more convenient, audience-benefiting stay-overs the movies have seen in some time.

Such eye-rolling contrivances are legion in Susan McMartin’s uplift-straining screenplay, which is “based on a true friendship” according to an opening title card. When Charlotte admits that she felt adrift during college after her mother’s death (a sentiment that’s meant to explain the one-night stand that led to her pregnancy), audiences never get a sense of that uncertainty, because the filmmakers quickly pass over that moment in her life, as if afraid to confront anything that might darken the film’s inspiring tone. McMartin also isn’t content to just stick with Mr. Church’s relationship with Marie and Charlie; for good tear-jerking measure, she throws in a character, Larson (Christian Madsen), who seems to exist only so the film can have a gratuitous recovery-from-alcohol-addiction arc. This is also a film that includes a character who suffers from the dreaded Cough Foreshadows Death syndrome.

But more galling than Mr. Church’s litany of melodramatic banalities is its regressive view of race relations, and its obliviousness to it. This becomes especially laughable in the film’s homestretch. Not only do the filmmakers make Mr. Church’s hold over Charlie so complete that she absorbs his talent for cooking and playing the piano, but they even wheel in a character to pat him on the back for his instruction: “He was a whole lot of magic.”

Interview: Ben Feldman Talks Between Us and Marriage