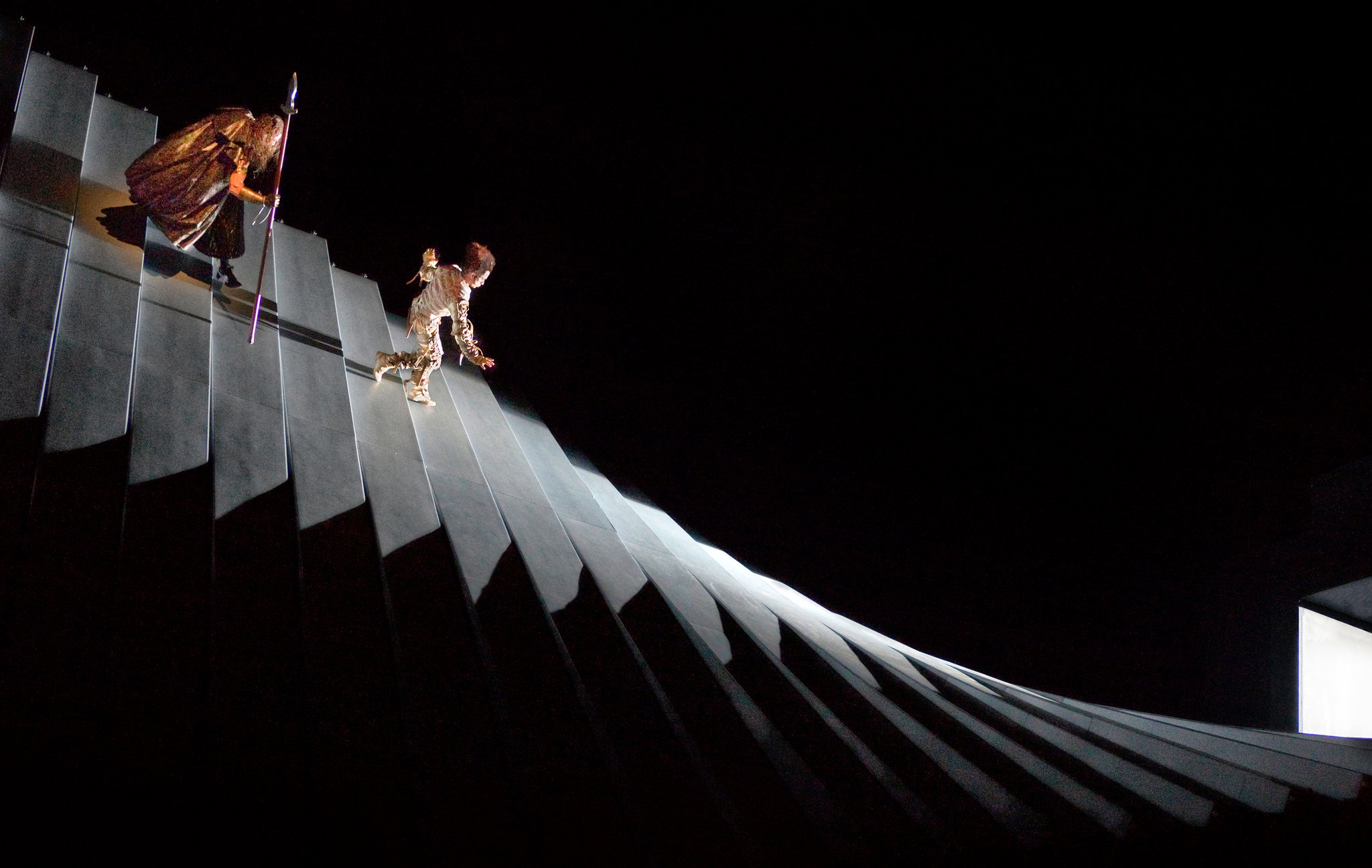 “The Machine,” a complex piece of stage machinery designed as the single-unit set for the Metropolitan Opera’s current production of Richard Wagner’s epic opera Der Ring des Nibelungen, is a lead character in Susan Froemke’s documentary Wagner’s Dream. The controversial 24-plank behemoth, which transforms through a hydraulic system and interactive video projection to meet the scenic demands of the four parts of the opera cycle, became, for better or worse, a defining component of Canadian director Robert Lepage’s ambitious production of the Ring cycle for the Met.

Documentarian Froemke, a former member of the Maysles brothers’ filmmaking team, has worked in the field of opera before: The Audition, which follows a group of finalists as they compete to sing at the Met, and an American Masters profile on conductor James Levine. Using her access to the Met, she certainly seems to have been at all the right places at the right time. She provides a thrilling behind-the-scenes look at the creation of the Ring cycle, from the design stage at director Lepage’s base in Quebec through the disastrous opening night of the first part, Das Rheingold, when the set malfunctioned and robbed the evening of its most dramatic climax. It was fixed by the following performance, but as the next parts of the cycle—Die Walküre, Siegfried, and Götterdämmerung—were rolled out over the next two seasons, “The Machine” proved it could be as electrifying, and as temperamental, as any opera diva.

Wagner’s Dream also focuses on some of the human players in this challenging endeavor: soprano Deborah Voight, who performs the part of Brünnhilde; tenor Jay Hunter Morris, a last-minute replacement for the part of Siegfried; and Met Opera General Manager Peter Gelb. Lepage, who seems remarkably unruffled by the various mechanical setbacks, articulates his vision for the Ring cycle, referring back to Wagner’s own embrace of the state-of-the-art stage technology available in 1876 to realize the fantastical effects in his 16-hour musical saga. Lepage talks about his own inspiration for the visuals: the tectonic shifts in the landscape of Iceland, the nation he identifies as the source of the legends chronicled in the opera cycle. Describing the integration of modern technology into his own stage production, Lepage says, “This is the movie that Wagner wanted to make before movies existed.”

Admittedly, the artistic success of the Met’s new production of The Ring may be judged differently by the audiences who experienced it live in the opera house, but Froemke’s documentary, which receives a single-day theatrical release as a kickoff for The Met: Live in HD encore presentations of all four parts of The Ring in May, makes a compelling case for Lepage’s vision and thrillingly chronicles the risks and excitement of a grand artistic endeavor.