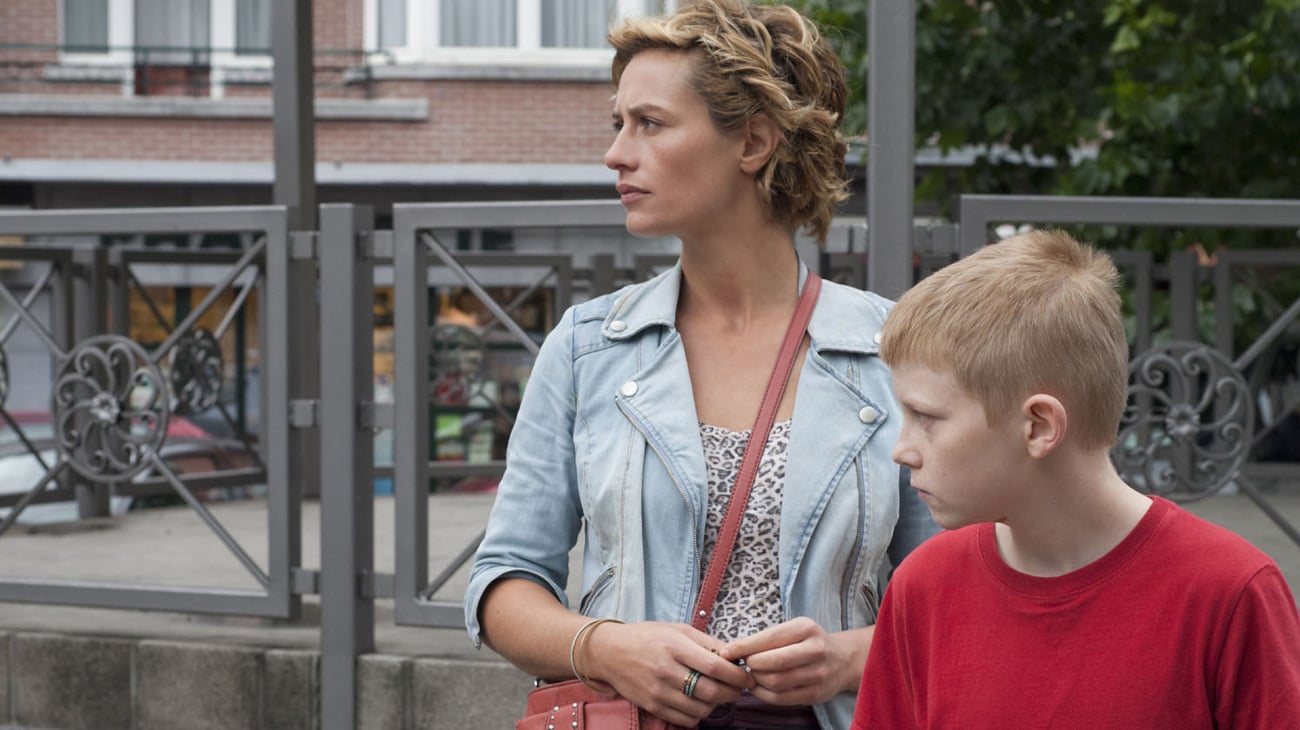 Modern cinema’s poets laureate of working-class marginalization and spiritual crises, Jean-Pierre and Luc Dardenne are also bona fide motion picture makers whose works brim with the kind of propulsive thrust that would have left pure action pioneers like Raoul Walsh or Allan Dwan green with envy. Think of the Belgian brothers’ new film, The Kid with a Bike, and the first thing that springs to mind is a red shirt zipping kinetically up and down and across the screen, rushing in and out of corridors when not climbing fences and trees. Of course, ardent humanists that they are, the Dardennes are interested first and foremost in the character wearing the shirt, a runty, half-feral 11-year-old boy (Thomas Dorset) whose single-minded pursuit of a feckless father who doesn’t want to see him (Jérémie Renier) adds to the filmmakers’ indelible intergenerational galleries of children plunging into adult worlds and adults learning to move beyond childish confines. As talismanic as De Sica’s, the bike of the title becomes the main element through which the film scrutinizes the boy’s anger and confusion, his relationship with a sympathetic hairdresser (Cécile de France) and a neighborhood hood (Egon Di Mateo), and the abrupt and furtive acts of revenge and compassion that lift rough-hewn realism into the realm of cinematic grace. Astoundingly unsentimental yet consistently heart-squeezing.

Aleksandr Sokurov concludes his Tetralogy of Power (following Molokh, Taurus, and The Sun) with Faust, a majestically loony reinvention of Goethe’s tragedy, which in sheer strangeness outdoes even Jan Svankmajer’s puppet-theater 1994 version. From the heavens, the camera descends to earth for a scrotum-first view of a disemboweled corpse, and the stage for “the eternal dilemma” is swiftly set: Faust (Johannes Zeiler) is the one doing the bloody carving, wondering about the existence of the soul while in the middle of a cramped, clammy, evil-smelling medieval canvas out of Brueghel. In steps the film’s Mephistopheles (Anton Adasinsky), the town moneylender who takes Faust on a tour of taverns, twisting roads, and sloping forests, sardonically bouncing off the man’s existential questions and waiting for the right moment to produce contract and blood-dipped quill. A wheezing human-blob in a glass, a steaming geyser piercing through an ashen purgatory and a prancing Hanna Schygulla done up like a Kabuki Queen Victoria are some of the jolly grotesqueries along the way, further distorted through vertiginous camera lenses and filtered through sometimes sulfuric, sometimes blanched light. The throb of opera and the fart of scatological comedy are never far from each other in the grand, disconcerting spectacle of a Russian artist liquefying German legend for all the doubt, bile, and madness that go into devils and dictators.

Review: Sound It Out

Review: Granito: How to Nail a Dictator