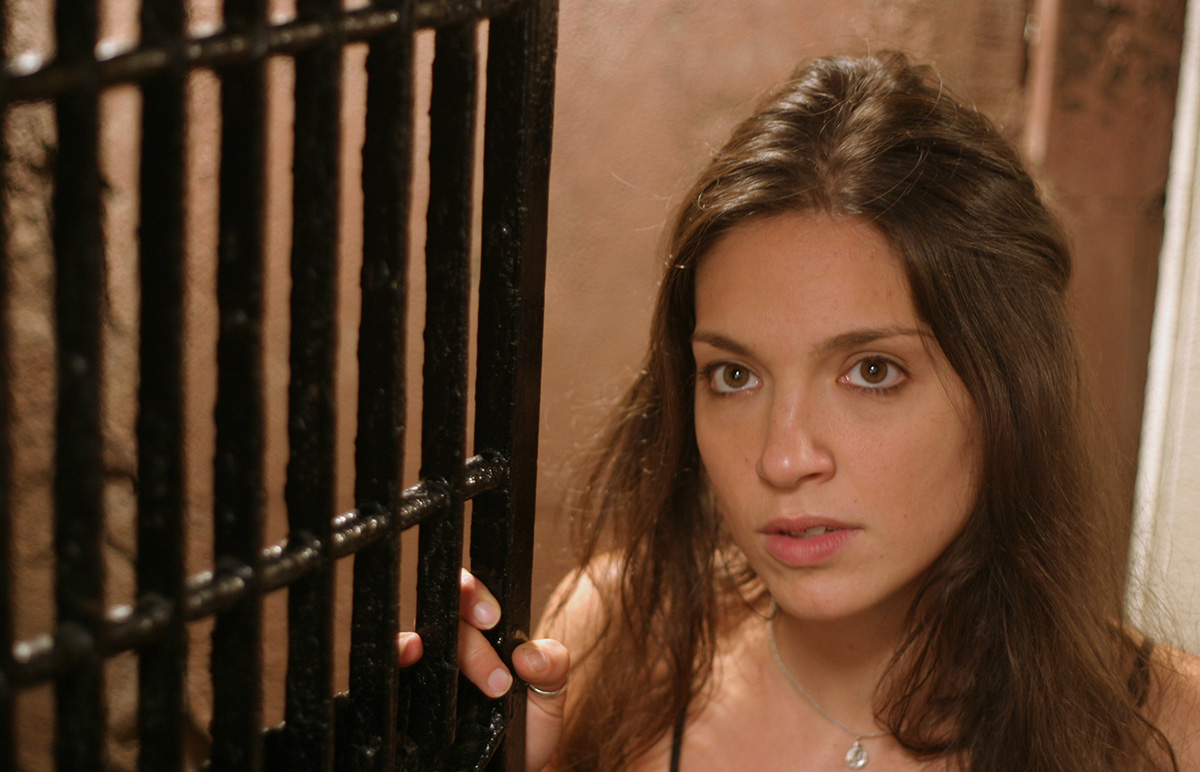 For those of you who haven’t clicked on the link on the right hand side of this page, Home is my first feature as a writer-director-editor. It’s a peculiar microbudget movie with 60 speaking parts, all set at a party in two floors of a Brooklyn brownstone (actually my own apartment in downtown Brooklyn). It plays March 2-8 at Two Boots Pioneer Theater, an underground venue that proudly bills itself as New York City’s smallest movie house. (To read the movie’s IMDb entry, click here.)

Home was shot in 2002 and 2003, edited and sound-mixed in 2004, and made its theatrical debut last year at Cinequest 15 in San Jose. It has been on the festival circuit since then (check the front page of Brooklyn Schoolyard for selected venues) and after this it will play March 17 and 19 at the RiverRun International Film Festival in Winston-Salem North Carolina, and April 6-9 at the Syracuse International Film Festival. (For a 90-second trailer, click here).

I made the movie because I originally went to college to study filmmaking, got sidetracked into a long and satisfying career as a critic and reporter, but continued to think like a filmmaker whenever I watched movies or TV. My personal background explains why my criticism tends to be equally interested in form and content, often more the former than the latter. It also explains why Home is a elliptical movie, very realistic in certain respects and surreal in others, with kind of a hothouse atmosphere, a documentary approach to behavior, and a dry, admittedly strange sense of humor. The style is a mix of classical Hollywood compositions and camera moves and some fairly wild documentary stuff. The narrative blends scripted and improvised scenes, and the finale is open-ended and perhaps a bit ambiguous.

Home gave me a chance to visually express some of the aesthetic qualities I value as a moviegoer, which I guess makes it a continuation of criticism by other means. The movie also represents an admission that I am and have always been a filmmaker in addition to being a critic, and that I have no intention of choosing one pursuit at the expense of the other, and people on both sides of that line might as well get used to it. I am already in production on two short films that will be finished by the end of the year—both science fiction—and I’m just about done with a new feature script, an adaptation of a detective novel that was critically acclaimed in the United States and has acquired a cult following in France.

There does not seem to be any middleground with the critics. People who see the movie tend to either adore it and latch onto it and express a desire to see it again—they write me to ask for souvenir DVDs—or else it drives them crazy and they hate it. So far the reviews have run the gamut from rampant enthusiasm to “Don’t quit your day job,” with interpretations of my intent strewn throughout each critique. “An intriguing mix of vérité and fable, resulting in a film that is dreamy but doesn’t sacrifice any intimacy or edge,” said New York magazine. Filmmaking for the Poor said Home “…does not fit neatly into any one currently existing category of movies…I would classify it as an Experimental Romantic Drama.”

This spectrum of responses seems about right, considering the often extreme positions I take in my reviews. And all in all, I think there’s a certain karmic kick to the idea of criticizing a critic. To all the filmmakers whose work I’ve panned over the years: If you’ve ever thought to yourself, “I’d like to see that son of a bitch do better,” well, here goes.

Update: The New York Times is affectionately positive: “As dreams are interpreted, hearts are bruised and a loudmouth in a velour tracksuit gets undeservedly lucky, Home accumulates a blurry, on-the-fly atmosphere spiked with moments of unexpected sweetness.” The New York Post’s verdict is right there at the top of the story. For my money, it’s one of the great Post headlines of all time.

Update: Green Cine Daily surveys the critical response to Home and says The House Next Door is a good place to hang out.