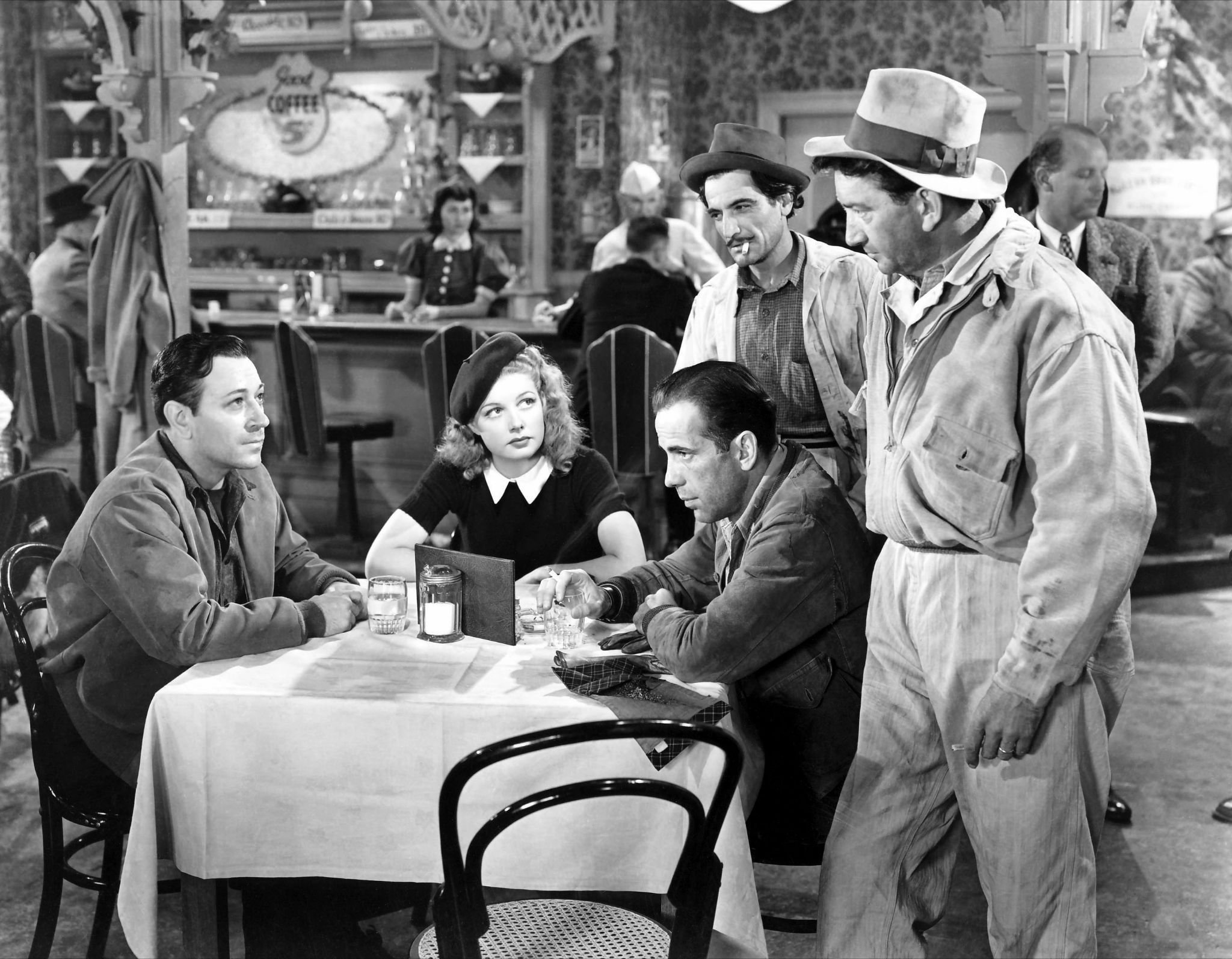 It’s not clear who’s to blame for the schizophrenic structure of Raoul Walsh’s They Drive by Night, but there’s no denying that this overlooked 1940 gem is essentially two films in one. The first half is a socially conscious depression-era film in which down-on-their-luck truckers attempt to make an honest living despite their exploitative bosses. George Raft turns in a solid (if typically one-note) performance as Joe Fabrini, an upbeat big-rig driver who dreams of becoming his own boss, and Humphrey Bogart—still a year away from High Sierra and leading-man status—as Joe’s sleepy sidekick brother Paul. Walsh gives detailed attention to the particulars of the trucking industry, and his tender, empathetic portrayal of the indignities these working-class stiffs must endure makes the film’s opening feel somewhat similar to a jazzed-up, wisecracking version of John Ford’s The Grapes of Wrath. The brothers, fed up with their employer’s refusal to pay wages, strike out on their own, but—typical of film noir—their decision to improve their lot in life results in tragedy: a near-fatal accident destroys their truck and leaves Paul with only one arm. Yet just as things look insurmountably bleak, in steps gregarious shipping magnate Ed Carlson, who likes Joe’s moxie and gives him a cushy white-collar job running his firm’s trucking operations. Unbeknownst to Joe, however, he’s been hired at the urging of Carlson’s gold-digging wife (Ida Lupino), a sexual predator who’s desperate to have Joe as a lover no matter the price. Mrs. Carlson attempts to woo Joe, who strives to stay true to his friend and his tough-talking waitress paramour Cassie (Ann Sheridan), and here the film becomes a flipside The Postman Always Rings Twice in which the plebeian man refuses to entertain the boss’s sexy wife. This jarring shift in focus unfortunately relegates Bogart to the backburner, but the film continues to work thanks to Lupino’s Mrs. Carlson, whose rapturous sensuality and conniving insanity turn everyone else on screen into a mere afterthought. Driven mad by the memory of killing her husband (which she accomplishes via a plan involving her newfangled electric garage door), Lupino breaks down while testifying in the climactic courtroom scene, and the performance’s brazen lunacy—Lupino’s eyes glazed and makeup askew, incoherent, mumbled words tumbling out of her mouth—is a testament to overacting virtuosity. They Drive by Night never coalesces into a coherent whole, but as far as sturdy ‘40s Hollywood melodramas go, it’s a pretty sweet two-for-one movie deal.

Review: In My Skin