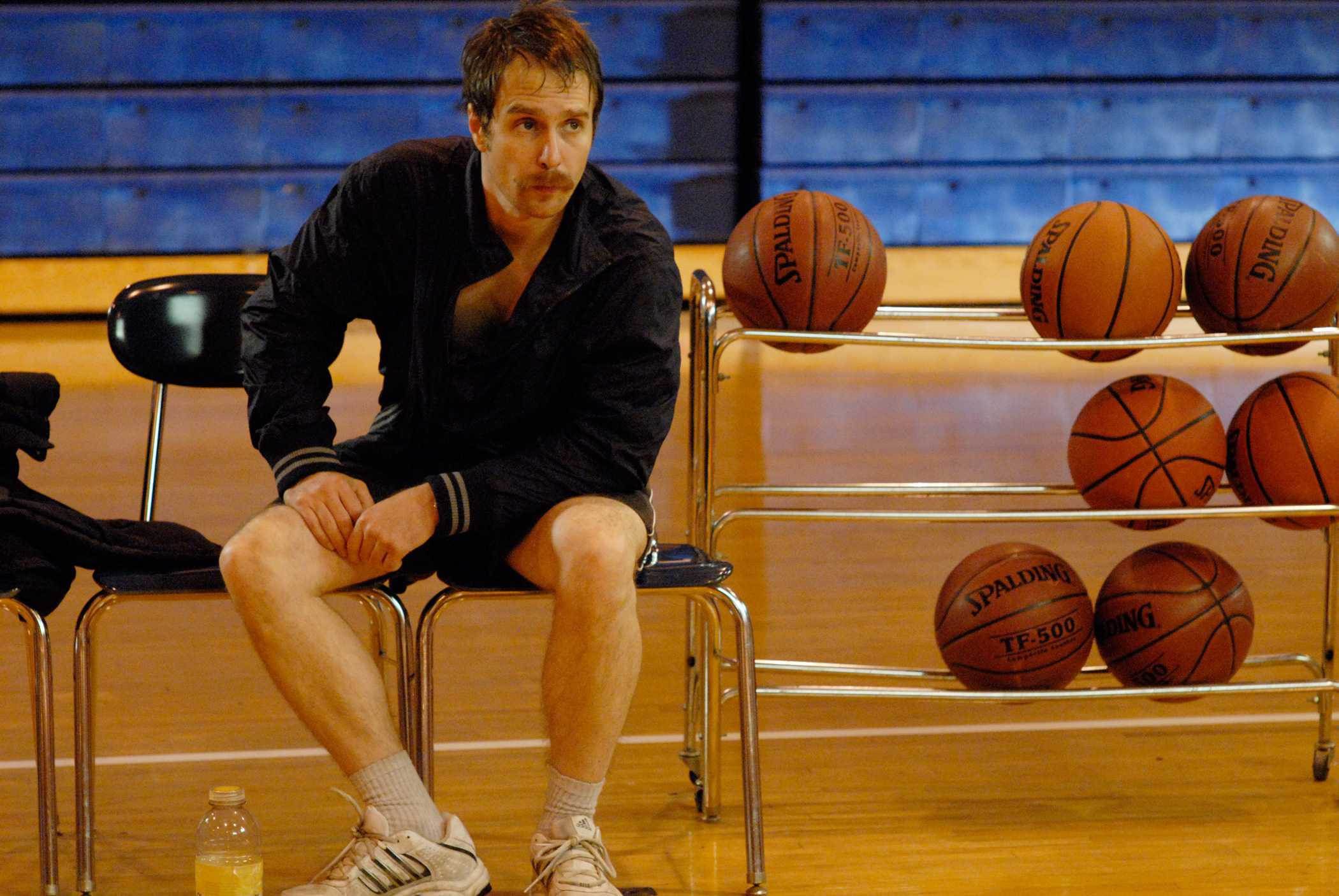 Considering its status as merely a puddle of regurgitated elements, The Winning Season is, to be as coarse as its protagonist, the cinematic equivalent of vomit. James C. Strouse’s Iraq War-themed Grace Is Gone may have been turgid, but at least it knew what it wanted to be, whereas the writer-director’s follow-up is fundamentally schizophrenic, vacillating between earnest indie drama and Will Ferrell-style comedy in the clumsiest ways imaginable.

Working from a Bad News Bears template it can’t muster the energy to completely embrace, the film concerns Bill (Sam Rockwell), a former basketball coach now miserably toiling away as a busboy. For no good reason, a former friend and high school principal (a misused Rob Corddry) hires him to manage the varsity girl’s team, a ragtag group of semi-athletic misfits whom sexist boozehound Bill nastily dismisses, often to their faces, as losers. With a bushy mustache, disheveled hair, and a perpetually pissed-off expression, Rockwell looks the degenerate part, but Strouse’s every attempt at funniness—be it via absurd proclamations, cutting retorts, or physical gags—is embarrassingly unsuccessful. Were it simply not amusing, The Winning Season might be indistinguishable from countless other flaccid faux-absurd ventures.

Yet the material is of two minds, meaning that it also wastes huge chunks of time on various, uniformly lifeless mini-dramas that are intended to be taken seriously, from Bill’s strained relationship with his teen daughter, to a player’s attempts to come to terms with her lesbianism, to an African-American player’s xenophobic issues with a Latino teammate, to a point guard’s budding relationship with a self-involved jock. Shoehorned in amid wannabe-jokey sequences (including games that are introduced with cutesy title cards), these character-based dilemmas prove painfully out of place, their somber gravity undercut by their clichéd construction as well as the surrounding limp humor. Moreover, the lazy script wraps up conflicts via shorthand insert shots while barely bothering to generate coherent momentum for the squad’s rise from bumbling fools to sectional-championship contenders. Wholly failing to be both ribald and stirring, it’s a dramedy that succeeds only in feeling like slow death.