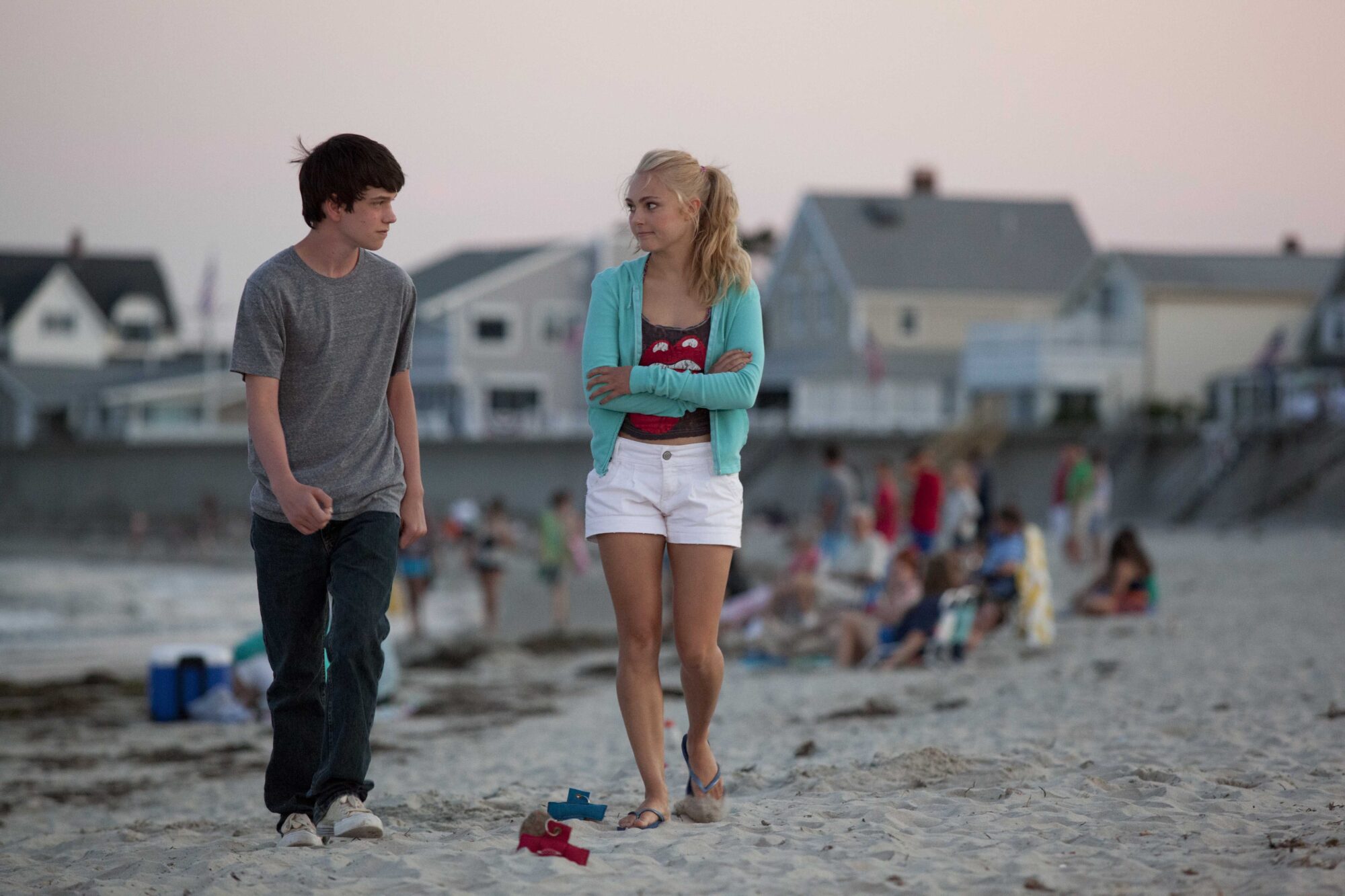 Another white, insular teen is having yet another initially shitty summer at the beginning of The Way, Way Back, the disappointing directorial debut of Jim Rash and Nat Faxon, Alexander Payne’s Oscar-winning writing partners on The Descendants. This particular smart yet tragically awkward teen happens to be named Duncan (Liam James), who’s being dragged on summer vacation in Massachusetts by his mother, Pam (Toni Collette), and her sternly dickish boyfriend, Trent (Steve Carell). At first content at just averting his elders and Trent’s obnoxious daughter, Steph (Zoe Levin), Duncan begins frequenting and eventually is employed by Water Wizz, a family water park where he comes under the tutelage of Owen (Sam Rockwell), a charmingly sarcastic slacker who has the run of the place.

The film has admirable intentions, as it attempts to depict the hardships of a young man trying to come out of his shell at the very same time his mother is attempting to do the same following a bitter divorce. Pam is excited about Trent, enough so that she forgives his alpha-male posturing, even when he openly rates her child a three out of a possible 10 as an overall person. In a handful of scenes, there’s a sense that Pam is still gaining her footing with romantic freedom, and that Trent, who’s still carrying on with Joan (Amanda Peet), the wife of his friend, Kip (Rob Corddry), is her first uncertain step forward. This side of the story, however, goes largely unexplored in the script, which was written before The Descendants, and the film instead explores Duncan’s distinctly bland coming-of-age summer, which predictably delivers unto the teen a curious dream-girl, Susanna (AnnaSophia Robb), and a nostalgic soundtrack unto audiences. “Can’t Fight This Feeling” is a pretty solid tune. We really get it!

The Way, Way Back feels like the mundane midsection of two more fascinating stories. The first, concerning how Trent met Duncan’s mother, is told by Pam, but sadly never seen; we don’t get what was so inviting and attracting about this boorish asshole at the beginning of their relationship. The other is what happens after, when Duncan has grown courage and Trent, in hot water with Pam after his affair comes to light, has to actually work at his relationship if he wants it to succeed. The filmmakers only pay lip service to these painful, fascinating emotional undercurrents, and if there’s a few laughs to be had from Rockwell and the other Water Wizz employees played by Faxon, Rash, and Maya Rudolph, there’s paltry excitement or danger to make Duncan’s climactic revelation of his confidence and unbound personality convincing. It’s par for the course in a subgenre that too often praises the electric carelessness of teenage angst while depicting it as if it were ultimately no more exciting, though no less pleasant, than an hour in the wave pool.