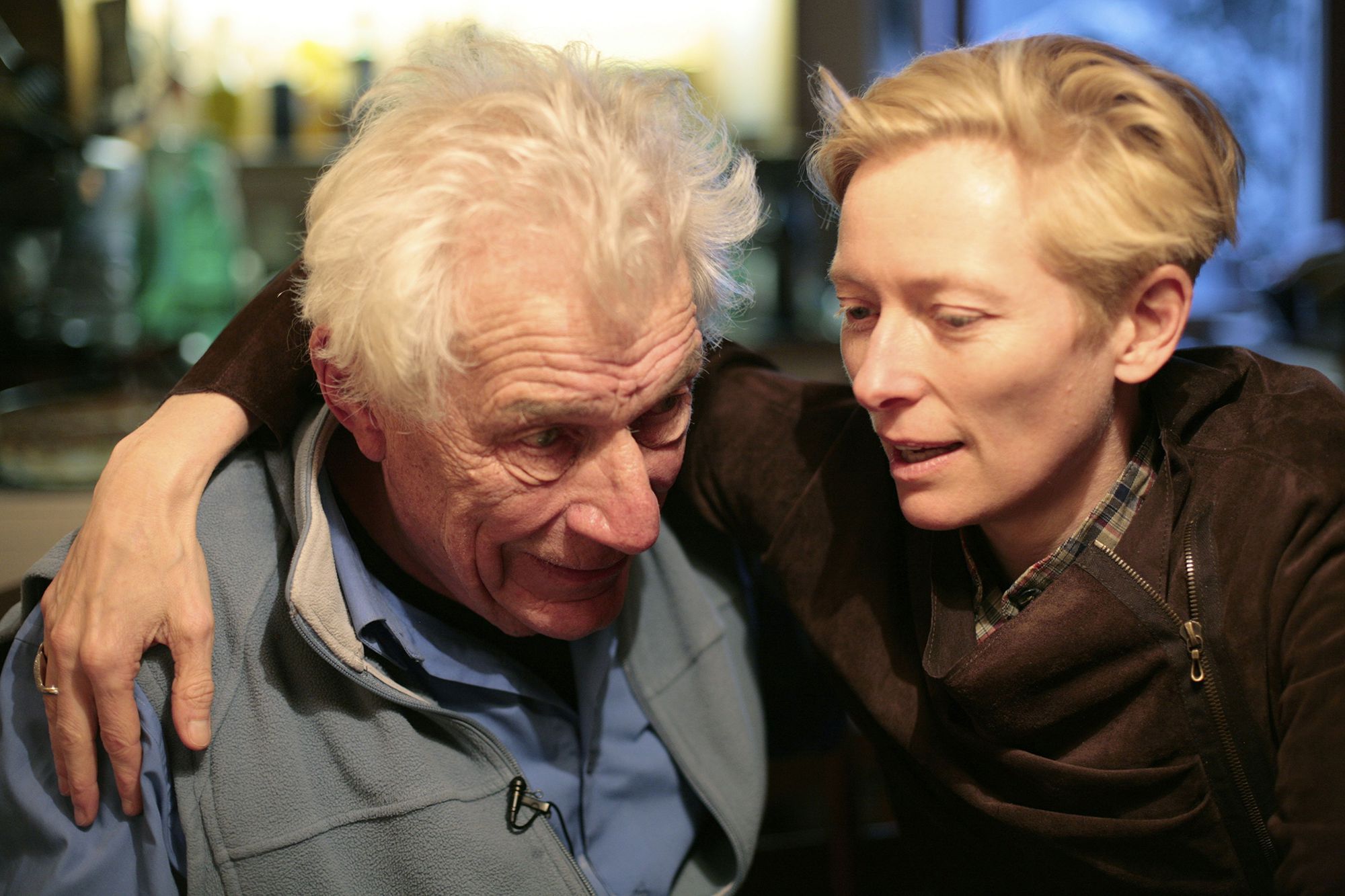 Ben Lerner’s The Hatred of Poetry explains how poetry “arises from the desire to get beyond the finite and the historical,” but ends up getting stuck “in the human world with its inflexible laws and logic.” Lerner, who appears in the third segment of The Seasons in Quincy: Four Portraits of John Berger, never offers this sentiment to his roundtable interlocutors, which include poet/critic/novelist/painter John Berger and critic/filmmaker Colin MacCabe, but their discussion of politics and art suggests an eternal striving for the beyond, even if such aspirations are ultimately futile. When Berger states that language is dead and that “we live in a time when life is most translatable through song,” it’s never clear precisely how that’s the case, but Berger, pushing 90 years old, pops up and starts singing and dancing anyway.

Such is the puzzlement of perfect temperament that drives this omnibus feature, composed of four segments that find Berger possessing an even-keeled state of mind regardless of where he is. In the first, Tilda Swinton joins him at his home in the Haute-Savoie region of eastern France, where the pair sits and talks about their fathers. Swinton has known Berger for nearly 20 years; they were both born in London and share the same birthday, albeit 34 years apart, which has allowed them to engage in “the practical fantasy of twinship,” as Swinton puts it. MacCabe, who directs this first entry, refrains from any ornamental touches or visual context; rather, his subjects articulate the nature of their relationship through a stream-of-consciousness approach that centers around fragmented memories from childhood. As Berger recalls the specific way his father would cut an apple, Swinton reenacts it, paring an apple just the way Berger instructs. It’s a marvelous sequence, finding an immediate application for memory through the bonds of two friends, who can instantaneously provide visual satisfaction to one another.

MacCabe’s segment is rich with these kinds of pleasures, whether visual or verbal. When Swinton first arrives at Berger’s house, her voiceover says she “went to see him for a catch up,” which is accompanied by an image of a cat. Swinton’s pronunciation of “catch,” with her emphasis on the first three letters, turns the moment into a curious pun, which MacCabe plays as only a passing pleasure within the couple’s shared time. Such wordplay is also indicative of how the participants across The Seasons in Quincy cannot be defined by a singular profession or artistic interest.

Swinton, not a poet in any formal or official way, searches for musicality in language as she speaks in voiceover, just as Christopher Roth, who directs the second passage, seeks philosophical meaning in Berger’s time spent living in rural areas, where he wanted to “understand the lived experience of peasants.” Roth uses elliptical imagery of animals and landscapes to enunciate the passage of time, even integrating references to writings on animals and time by Jacques Derrida and Martin Heidegger. However, the intellectualizing plays more like a requisite nod to academic language and thought than a logical formation within Berger’s own life story.

The final segment, directed by Swinton, places Berger and Swinton’s children in conversation, with Berger instructing them on the pleasures of raspberries and the thrills of riding a motorcycle. It’s difficult to surmise what precisely the omnibus as a whole is up to by this point; there’s certainly no developing narrative related to Berger’s life or twilight years. Yet that proves to be the film’s very delight, as it finds energies in the exchange of small talk, insisting that it’s in these moments, between life’s larger events, that one finds vitality. The film, far from hating poetry, actually plays as a rejoinder to a line by Adrienne Rich in her poem “Images for Godard”: a fear of the moment “when all conversation becomes an interview under duress.” The Seasons in Quincy instructs us that conversation, whether spoken or sung, is always liberating.

Review: The Academy of Muses