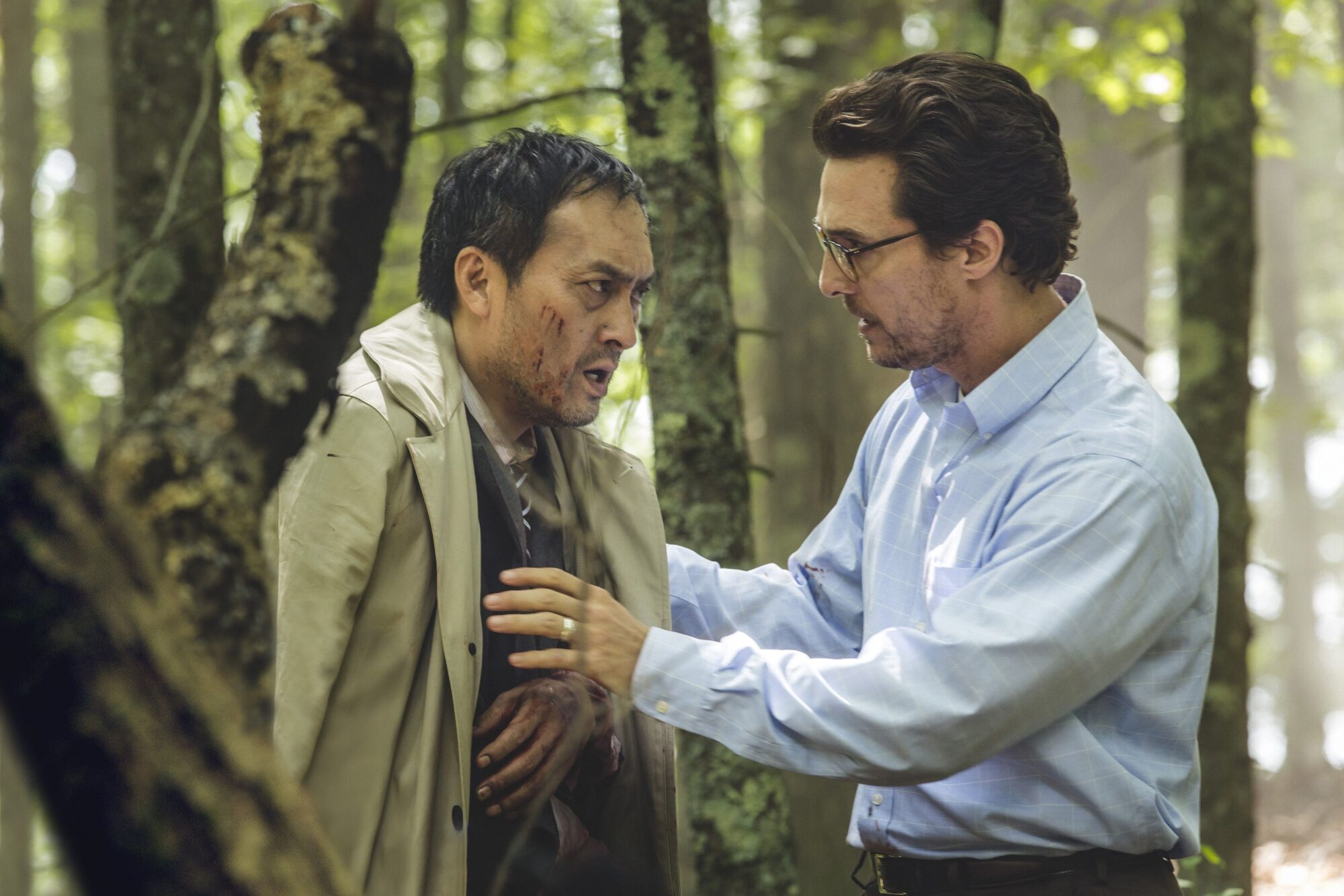 The first and by no means last example of The Sea of Trees’s egregious literalism transpires even before the Gus Van Sant film has properly begun, as the title appears before a kitschy aerial shot that just so happens to show, yes, a sea of trees. The sea in question here is Japan’s Aokigahara forest, which, as we later discover, is the first entry you get if you Google “perfect place to die.” This is quite literally what’s led unrealistically hunky professor Arthur Brennan (Matthew McConaughey) to pick the forest as the location for his suicide, which he decides against at the last minute, pills still in hand, thus conveniently paving the way for a barrage of flashbacks that spell out just how he ended up here in nice, big letters.

A man in such obvious torment clearly needs someone with whom he can work through his issues, with the equally despairing Japanese businessman Takumi Nakamura (Ken Watanabe) duly turning up to carry out the job. After Nakamura is given a good two minutes to explain his own unhappy situation, Brennan then proceeds to monopolize the conversation, as the flashbacks embrace the full soap-operatic litany of alcoholism, car crashes, and cancer, with the two evidently distracted forest wanderers variously falling down a slope, into a ravine, or into a water-filled cave whenever the dawdling pace slackens further. Nakamura is, of course, all about the Japanese way of doing things, which implies learning to live with yourself and accepting that the spirits of those lost are still around you—which is to say, a flawlessly exoticized tool for blinkered American soul-searching.

Van Sant has always divided his attention between piercing portraits of outsiders marked by daring formal experimentation and redemption stories steeped in saccharine sentiment, but seldom has he veered so far toward the latter as he does with The Sea of Trees. Between a script, by Chris Sparling, whose main influence would appear to be a screenwriting manual, the constant lachrymose strings on the soundtrack, and the lack of visual distinction, notwithstanding the odd shot of sunlight seeping through the Aokigahara forest’s trees, there’s little to suggest that this film is anything more than a hastily cobbled-together studio star vehicle.