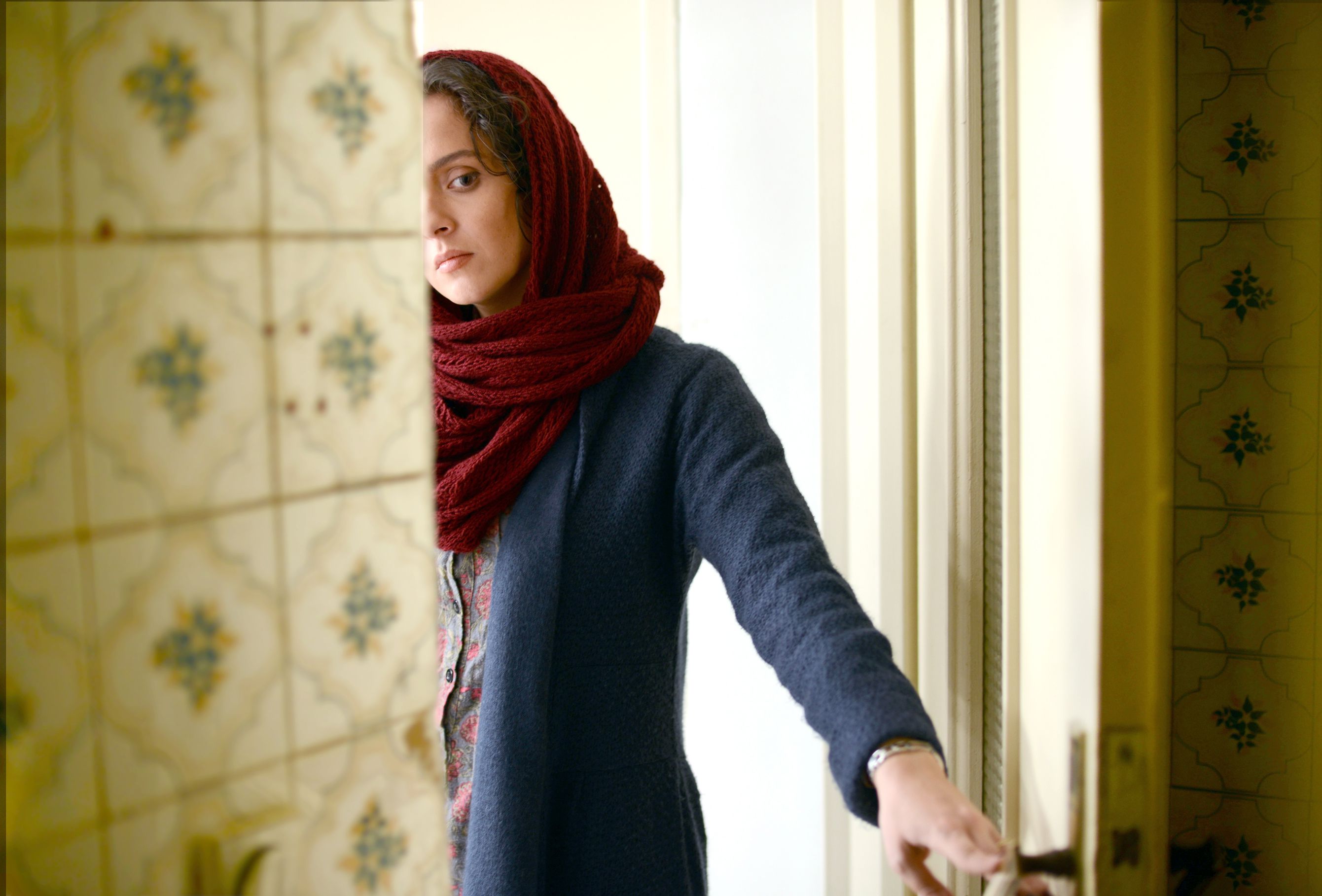 Like Luc and Jean-Pierre Dardenne, Asghar Farhadi has honed a cinematic style that’s so deceptively subtle that casual audience members may not think of it as style at all. People move through Farhadi’s films with an elegant freneticism that’s intensified by the tight, seemingly omnipresent editing. Farhadi’s characters feel as if they’re on trial (and they are), darting in and out of rooms, making their respective cases, as they’re captured by a camera that weaves fluidly in and out of chambers and passageways, which are sometimes so cramped as to inspire curiosity as to how a camera was positioned in these spaces at all. This mixture of fluidity (of the movement of the camera and the actors) and constraint (of the geometry of the settings) yields a tonal and emotional friction that’s simultaneously tragic, transcendent, and comic, suggesting the repression with which the characters are grappling.

There’s a palpable sense in Farhadi’s films of domiciles as cages, as logical extensions of Iran’s oppressive governmental regime. In The Salesman, Farhadi draws our explicit attention to another metaphor that’s often governed his work: His domiciles aren’t just cages, but stages, where characters not only plead their cases, but make the most of the moments in their lives that aren’t governed by self-conscious resistance to outside interference. As in his less confident The Past, Farhadi experiments here with blunter symbolism than he’s accustomed to, fashioning a more ostentatious, American-inspired melodrama. As The Salesman’s title implies, Farhadi embraces the traditions of classic American theater, specifically Arthur Miller’s Death of a Salesman, merging it with his mode of Iranian thriller-procedural.

The Salesman is aesthetically bifurcated, with a prologue to prepare us almost subconsciously for the eventual shift between the two major movements, broadly characterized as works of vérité and chamber-drama theatricality, respectively. The film opens with fleeting images of a stage, fading in and out so as to emphasis its various sections: a neon sign near the ceiling, the bedroom and kitchen, and the catwalk and rafters above, which suggest, yes, a cage. These images are unusually lurid for Farhadi, colored by blasts of bright red that suggest certain Michael Powell films, or Vanya on 42nd Street.

This prologue segues into a classic Farhadian vérité scene of people navigating a small, geometrically elaborate setting—in this case an apartment complex—scrambling to exit it before it collapses. (Pointedly, we see a bulldozer outside, which might be waiting eagerly to tear the building down so more low-income housing can be quickly erected.) In this chaos, we meet Emad (Shahab Hosseini) and his wife, Rana (Taraneh Alidoosti), as they help their neighbors out of a building that’s cracking along the walls and seams, indicating other symbolic fault lines yet to be discerned.

The first half of the film moves at Farhadi’s typically breathless clip, alternating between Emad and Rana’s rehearsals for a production of Death of a Salesman with their efforts to find and move into a new apartment. A friend and co-star, Babak (Babak Karimi), has a vacancy in a place that he rents, and offers Emad and Rana an irresistible deal. As in all domestic thrillers, there’s a catch: The previous tenant, an unseen woman of presumably ill repute, still has a hold on the place. Soon after the couple moves in, a man walks in on Rana while she’s showering, either assaulting her or causing her to fall in the bathroom and suffer a head injury. Rana remembers little of the incident, which happens off screen. Emad assumes that the interloper was looking for the past tenant, and presses a suspiciously ignorant Babak for answers.

In a routine thriller, the stranger who peeks in on Rana would be outed as a person of magnificent evil, perhaps embodying the couple’s financial anxieties over having to unexpectedly procure a new residence. But such comfortingly exotic malevolence doesn’t exist in Farhadi’s world, as his villains are revealed to be variations of ourselves, reflecting our own desperation back to us in moralistic extremis. The film’s second half slows down considerably, turning into a kind of electrically filmed play, as Emad pieces the mystery together, which involves less variables than is typical for a Farhadi film. But another mystery governs the story: how the domestic violation at the narrative’s center parallels Death of a Salesman, which is a requiem for the victims—most of us, in one form or another—of curdled capitalism. Whatever his faults or weaknesses, the vigorous Emad doesn’t strike one as a Willy Loman figure.

Farhadi has turned Death of a Salesman inside out: In Miller’s version, it isn’t difficult to sympathize with Willy Loman, who essentially embodies all of America’s propensity for self-pity. Miller invites us to celebrate ourselves as the tragic figure of our lives. Farhadi, a tough, self-questioning, and unceasingly curious humanist, has no use for such narcissism. The peeper is the Willy Loman figure, and in this film he’s an unglamorous outsider who challenges our self-glorification. The aging, overweight Naser (Farid Saijadi Hosseini) is so slumped, breathless, and poignantly defeated that we barely take him for a man let alone a sexual predator, thinking of him instead as a member of the de-sexed “elderly,” who exist primarily to scold us and to sit in rocking chairs. It’s this sort of perception, a prison, to which Naser was reacting against in Babak’s apartment, tempted, reaching out again for the newness and now-ness of the youthful fling he had with Babak’s prior tenant.

Emad and Naser confront one another in the former’s prior, now splintering apartment, which Farhadi suggests to be the film’s real stage—the stage that the hollow space in Emad and Rana’s theater can only partially approximate. These sequences are among the most powerfully moving of Farhadi’s career, informing the political awareness of Iranian procedural with the heightened slowness, and emotional bigness, of melodrama. This fusion suggests a new form of cinematic parable. When Naser weeps, out of guilt and panic, he seems to be doing so over the deep chasm of isolation and alienation that awaits us all, the chasm with which Emad and Rana must acquaint themselves if they are to inform their Death of a Salesman with soul. Rana’s mercy is a heartbreakingly sweet benediction—a ray of hope affirmed by Farhadi’s exacting empathy. But empathy is easy to extend in art, either by audiences or the artists themselves, as it provides us safe distance from the difficulty of understanding others. In life, such generosity is exhausting and unmooring.