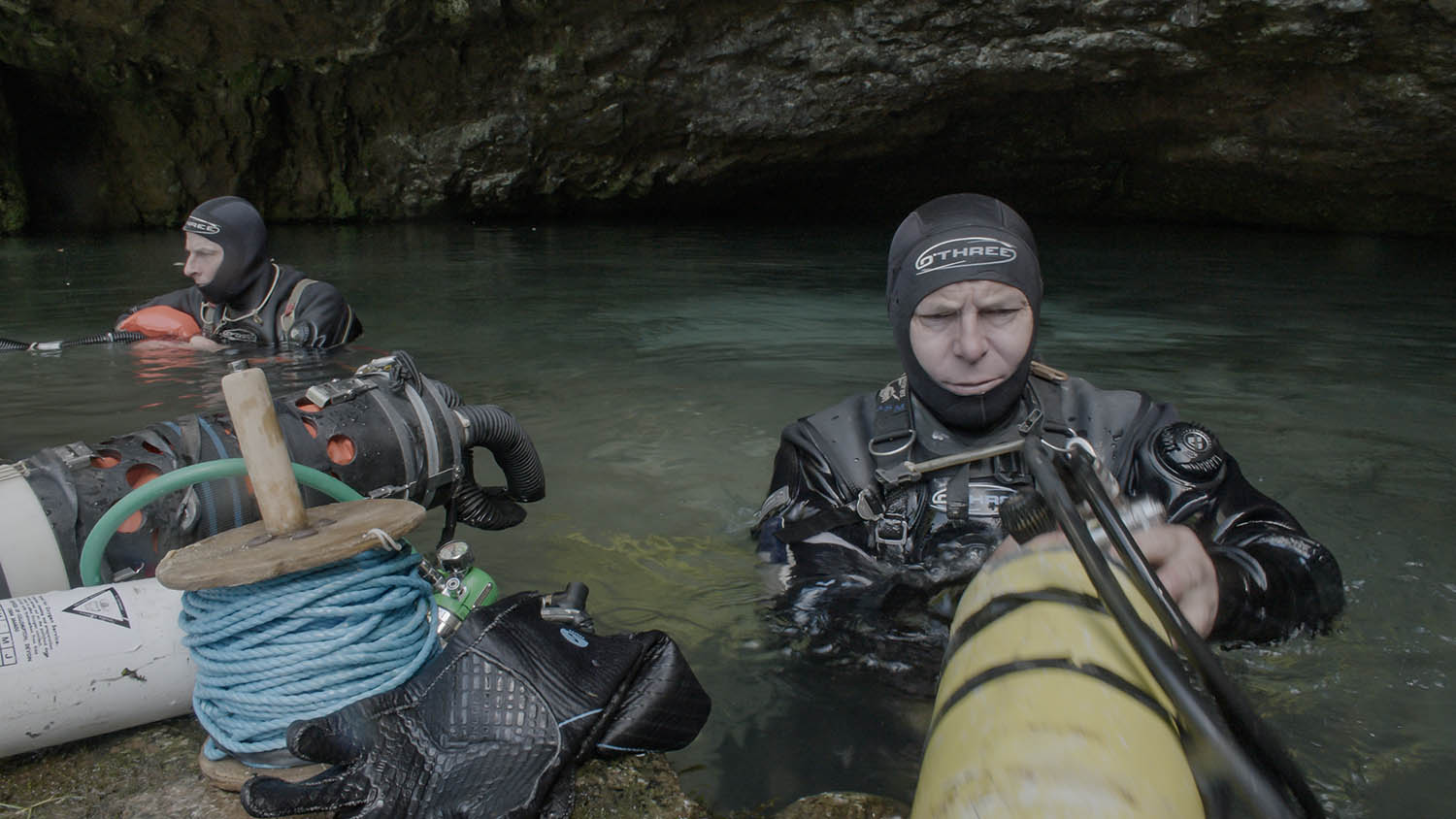 Even viewers who closely followed the 2018 deliverance of 12 young school boys and their soccer coach from a flooded cave system in remote northern Thailand are likely to be transfixed by The Rescue, Elizabeth Chai Vasarhelyi and Jimmy Chin’s masterfully layered account of the operation. Even if the filmmakers had been present at the site during the 18 days that it took to locate and then retrieve the stranded cave explorers, they couldn’t possibly have filmed the team of international divers as they wriggled through narrow underground passageways filled with murky water. So the underwater scenes were reenacted with the original participants, lending the film a claustrophobic, verité immediacy.

Our principal guides for the adventure are two British cave divers, Rick Stanton and John Volanthen, interviewed individually after the events. They’re the ones who first discovered the lost boys and their coach on a ledge two miles into the caverns, where they’d taken refuge after heavy rain submerged the route they’d followed into the grotto. The 13 couldn’t be rescued immediately, but the clock was ticking as the monsoon season loomed and the tunnels filled with water. The filmmakers convey that sense of urgency by counting down the days while cutting between the operation and the divers’ intense but calm after-the-fact accounts.

In one especially harrowing moment, Stanton and Volanthen discover four pump workers shortly into their journey, marooned just a short distance into the caverns. Rescuing those workers, who hadn’t even been reported missing, required only a brief period underwater but was challenging because the men panicked, and it becomes a kind of test run for the bigger challenge ahead. Had the four men not been discovered, the divers may never have realized in time that the kids and their coach couldn’t be transported while conscious.

Stanton and Volanthen enlisted fellow maverick divers to devise and execute a plan to retrieve the boys and coach, with assistance from Thai Navy SEALs, U.S. Special Forces, and many others. Chief among Stanton and Volanthen’s collaborators was Richard “Harry” Harris, an Australian diver and doctor who at first rejected the idea of sedating the 13 Thais—and then devised a three-drug cocktail to do just that. It worked, of course, but The Rescue chillingly demonstrates at various points that it’s a miracle that it did, between one child almost dying and the various breathing masks that barely fit over another one’s face.

The directors and ace editor Bob Eisenhardt deftly weave other people’s documentary footage, the reconstructed scenes, and interviews with the divers to build a gripping narrative. They don’t once place a foot wrong, at least until the cheesy final credits, scored to Aloe Blacc’s drippy ballad “Believe” with a typical Hollywood message: “You gotta believe, believe, believe.”

National Geographic Documentary Films is one of the production companies tied to The Rescue, and the documentary includes animated maps worthy of that magazine’s first-rate graphics. For viewers, the meandering cave system is clearly diagrammed. Meanwhile below the surface, the divers struggle in darkness, sometimes losing their way as their oxygen supplies run dangerously low. (A former Thai SEAL did die of insufficient oxygen early in the operation.) The contrast between the mapmaker’s full knowledge of the caves and the divers’ hard-won, inch-by-inch discoveries underscores the latter’s bravery and determination.

While The Rescue’s producers secured the rights to the divers’ accounts, a competing project signed up the soccer players, so they’re seen but not heard. Their perspective would have been interesting, but it doesn’t make the documentary any less compelling. Throughout, Stanton that Volanthen’s bravery boggles the mind, as does their refreshingly sardonic attitudes. Their natural inclination to ignore bureaucratic caution—and local superstitions—saved 13 lives, and you may find yourself laughing at the moment where a good-spirited Harris revels that he was told that he might end up in a Thai prison if any of the sedations went wrong.

The film is moving in part for the way that it weaves Stanton and Volanthen’s accounts of being outsiders as children into the narrative of the rescue operation. Both recall how they were picked last for sports teams, and Volanthen specially remembers how he was told that he “doesn’t play well with others.” Cave diving is a solitary avocation, but when they needed to work together, the men did just fine. More than fine, in fact. Aside from being thrilling account of a hair-raising rescue, Vasarhelyi and Chin’s documentary attests to living a calling.

Review: Ascension Is a Cutting Look at the New China’s Wheels of Production

Review: There’s Someone Inside Your House Is a Scream for Our Cancel Culture Era