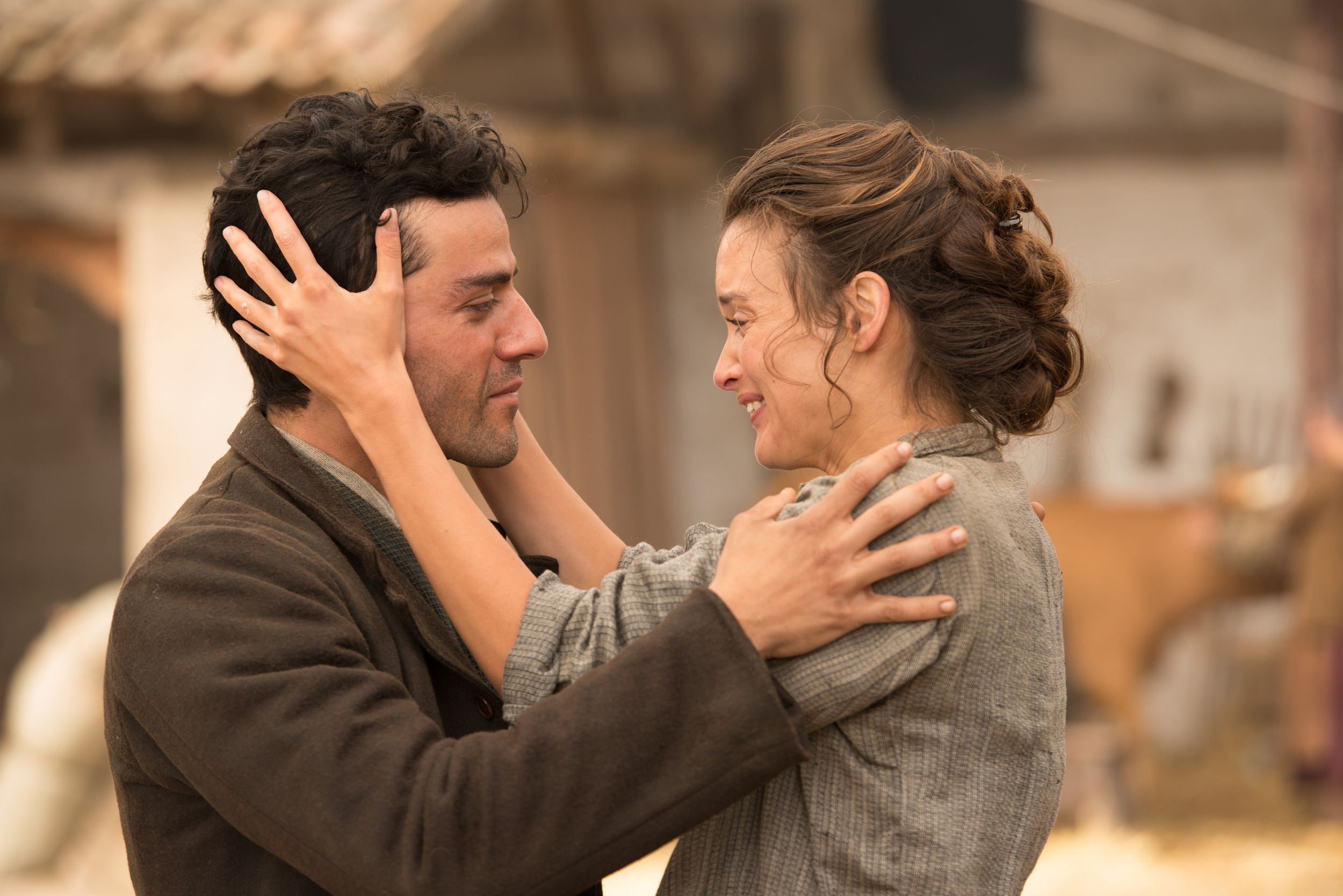 In order to make the horrors of the Armenian genocide more palatable to audiences, Terry George’s The Promise leans on that classic Hollywood strategy of filtering historical events through the lens of a romantic triangle. But whereas the characters in a film such as Warren Beatty’s Reds were intensely engaged in the historical forces swirling around them, the intrigue that occurs among the members of a love triangle in The Promise barely intersects with the death and destruction happening in the Ottoman Empire. And while George’s Hotel Rwanda had the benefit of being centered on one fully fleshed-out individual, the characters in his new film are so generic that it becomes tiresome whenever The Promise turns away from its historical context to focus exclusively on the dull interpersonal conflicts at its center.

Michael (Oscar Isaac) is attending medical school in Constantinople when he becomes smitten with Ana (Charlotte Le Bon), an artist and fellow Armenian. Complicating matters is that Michael is married and Ana is involved with an American photojournalist, Chris Myers (Christian Bale), who notices the budding attraction between the pair and is naturally roused to jealousy. Inevitably, they all get caught up in the Ottoman Empire’s ethnic cleansing of Armenians, but Michael, Ana, and Chris are characterized so thinly, and George is so much less patient than David Lean was in Doctor Zhivago in at least allowing us the time and space to get to know these characters, that the film inspires less emotional investment than a more detached feeling of watching romantic clichés play out their predictable paces.

In the end, to have this uninvolving romance dramatized against the Armenian genocide becomes not just unfortunate, but downright offensive for how a dark and violent period in our human history is trivialized. Still, some of the lengthy stretches in which the audience follows the main characters simply trying to survive in a bloodthirsty environment do exude a primally harrowing power, specifically for the filmmakers’ refusal to back away from showing the worst of the carnage against the Armenian populace. Most striking is a scene in a forest in which Michael and Chris stumble upon a slew of corpses of Armenians from the former’s village in southern Turkey. George doesn’t soften the barbarousness of the slaughter committed by Turkish soldiers, and the devastation of such a sight is indelibly etched in Michael’s face when he discovers some of his closest loved ones among the dead.

The horror of that scene so forcefully and effectively weighs on the viewer’s own mind that, by comparison, the romantic travails of Michael, Ana, and Chris feel like the stuff of soap operas. Which is a shame, because the Armenian genocide is worthy of an intelligent cinematic treatment, especially given that the Turkish government still refuses to officially acknowledge that it actually happened. Instead of even beginning to make sense of what led the Ottoman government to exterminate its Armenian populace, The Promise simply turns this historical tragedy into mere background noise for a flimsy romantic triangle. And by failing to satisfyingly fill in the characters involved in that triangle, the film becomes unbelievable only as a missed opportunity.

Review: The Happiest Day in the Life of Olli Mäki