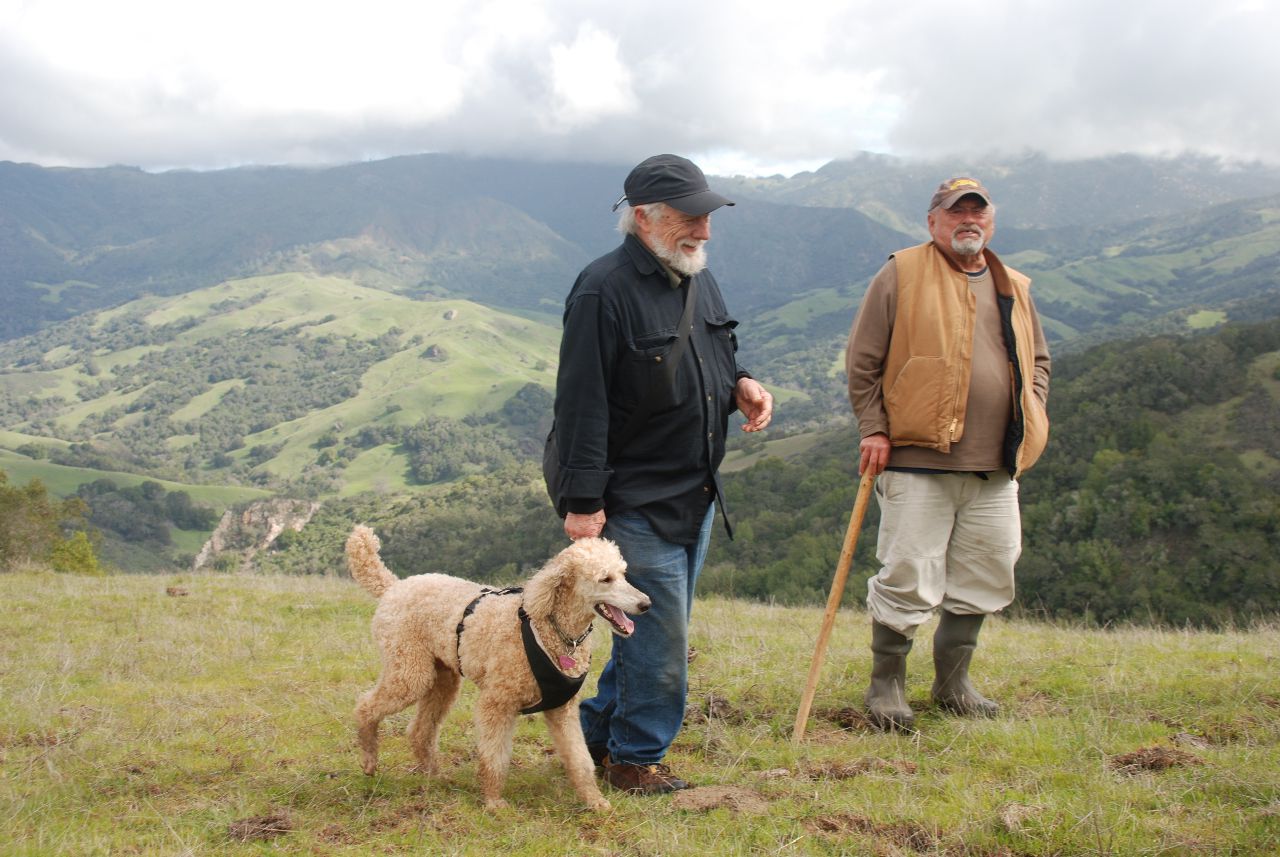 It can be exhilarating to watch as clearly intelligent/talented people hold forth on the true objects of their obsessions. This is a simple pleasure, but, sadly, also a rare one, as so many interviews these days are so fraught with soundbites or agendas or pretenses of frivolity. The Practice of the Wild contains archive footage and a few appreciative interviews with scholars and friends, but the bulk of it consists of a series of walk and talks between the subject, poet/ecological activist Gary Snyder, and longtime friend, novelist Jim Harrison.

The title is taken from one of Snyder’s books, and writer-director John Healey is interested in more than a tribute: He’s after a purifying simplicity that echoes Snyder’s poetry. The film’s score is taken from The Thin Red Line, a move that the subject earns: We hear Snyder read his work throughout, and we’re struck by the eloquence of the author’s performance as well as the precise passion of the writing. The poems we hear, from the collections The Practice of the Wild and Turtle Island among others, are concerned with the gulfs between humans and the remainder of the world, and they reach us for what they don’t say. Contemporary society has grown accustomed to a stereotype of the global activist as an impassioned flake bellowing in your ear at your every indulgence (a generality I admit to entertaining more than once), but Snyder’s poetry is fleet, beautiful, mysteriously sad, and it occurs to you that he’s speaking from a place of common sense that most of us should be able to access.

Snyder’s work, of course, haunts The Practice of the Wild. He makes for a wonderful screen presence, Snyder clearly knowing the part of the “revered author” quite well; he projects a restless intelligence along with a humility that’s a little disconcerting. Snyder and Harrison have an unusual chemistry that charges the picture with a benign tension. You expect to watch as two brilliant men wax on the state of the world, and, in a roundabout way, you get just that. But the discussions mirror the elusive plainspoken quality of Snyder’s books. Harrison has a confidence with Snyder that probably only comes from long friendship, he doesn’t attempt flattery or over-empathize. Harrison will say something that somehow associates with a prominent event in Snyder’s past—such as his presence at Ginsberg’s first reading of “Howl,” or his decade of study in Japan—and Snyder will say something brief and casually profound, and Harrison will let it hang. Harrison doesn’t pound a point into the ground with needless sentiment to feed his own need for presence opposite this legend, and the film, to its credit, doesn’t either.

One note that constitutes an admitted splitting of hairs: I wish Healey had removed the archived footage and the photos of Snyder during various stages of his life. The conversations and the interviews speak for themselves, while the archived material is too literal—diluting the ethereal wonder of both the words and the California countryside setting. The Practice of the Wild is still an achievement though—a hauntingly gorgeous film that will hopefully combat the stigma of the phrase “message movie.”