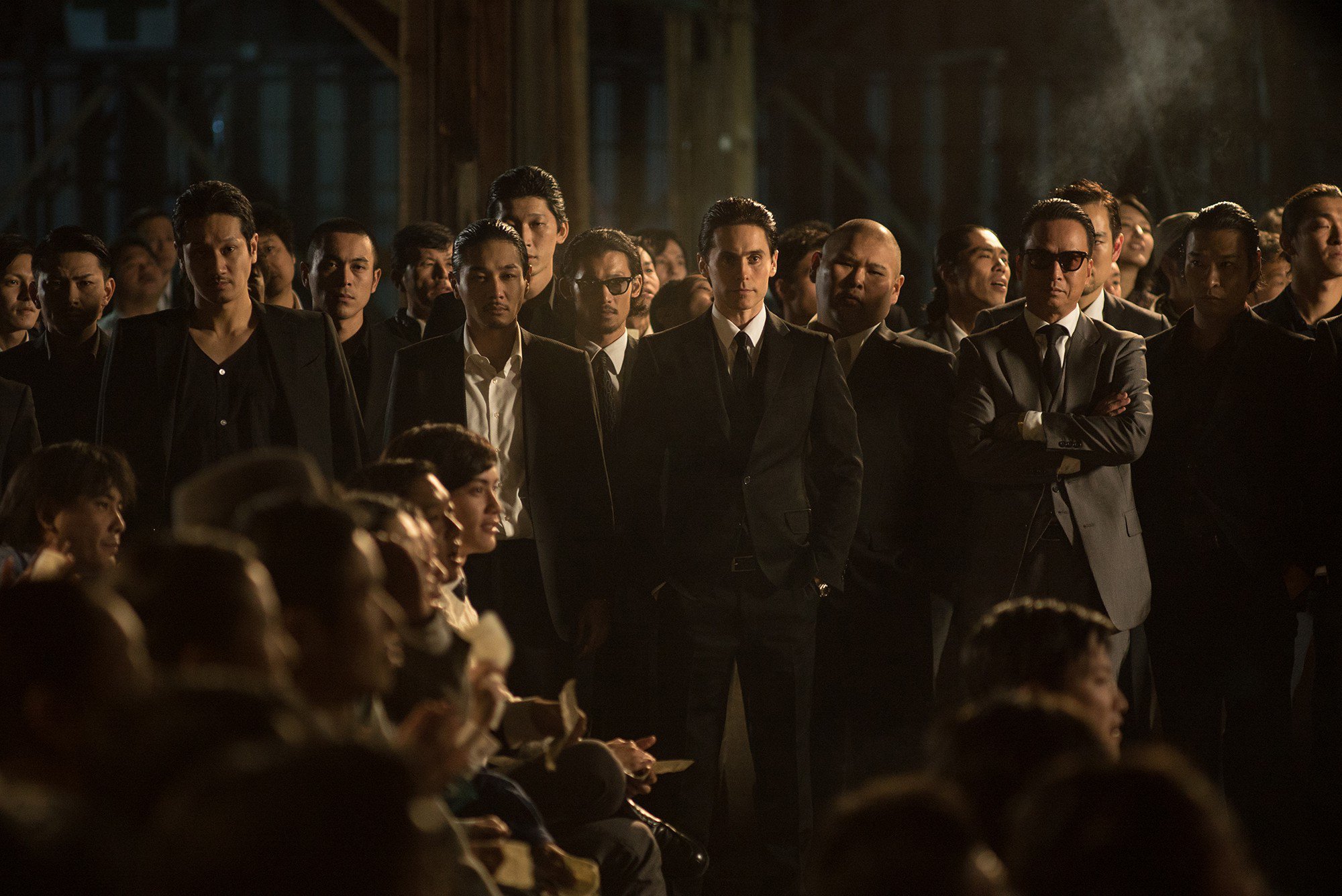 It isn’t hyperbole to say that The Outsider appears to exist for the sole purpose of watching what happens when you place the very white Jared Leto at the center of the yakuza underworld. But even if its focus is on Nick’s (Leto) status as a gaijin, or outsider, the film is subsumed by the unshakable sense that he’s intended to make Martin Zandvliet’s take on this dangerous world more palatable for American audiences who may be unfamiliar with the films of directors such as Takeshi Kitano, Kinji Fukasaku, and Takashi Miike.

Set in the aftermath of WWII, the film introduces Nick, an ex-G.I., toiling away inside an Osaka prison. After helping his yakuza-connected cellmate, Kiyoshi (Tadanobu Asano), make a break for it, he’s brought into the yakuza fold as a token of gratitude. Kiyoshi convinces his bosses that Nick is best suited to deal with an American manufacturer (Rory Cochrane) who needs to be taught a lesson about respecting the Shiromatsu family’s turf. In bloody fashion, Nick proves his worth, and soon he finds himself in the good graces of the head of the family, Akihiro (Min Tanaka). But many of those in the gang, including Kiyoshi’s good friend, Orochi (Kippei Shiina), are much less accepting, still seeing only a white American man with allegiance to no family or country.

Because the film only offers Nick the murkiest of backstories and is unwilling to plumb his inner life, the character’s effortless embrace of every part of Japanese culture feels like an affectation. Even after Nick has seamlessly transitioned into a hard-nosed yakuza warrior, his motivations and emotions are concealed beneath Leto’s cool, inscrutable gaze and persistent whisper-talking, which ensure that the character remains a tabula rasa. After Nick runs into a former military buddy (Emile Hirsch), we get a hint that he has a troubled wartime past, but even this moment gives no insight into what actually drives him. The reasons for Nick’s strict adherence to yakuza codes of honor, as evidenced by his large back tattoo and willingness to chop off a couple of fingers following a botched job, are left shrouded in mystery.

At times, the film wisely pushes Nick—and his courtship of Kiyoshi’s sister (Shioli Kutsuna), with whom Orochi has his own history—into the background, allowing for an examination of the inner workings of the Shiromatsu family business and their preparation for a turf war. The generational conflict between Orochi, who advocates for a consolidation of multiple families to ensure profitable investments, and the tradition-bound Kiyoshi and Akihiro, who prioritize family over profits, is certainly intriguing. But this scrutiny of a post-war Japan confronting the inevitable rise of global capital is never given the weight it deserves and is undercut by the obligatory refocusing on Nick’s struggle to be accepted as a true member of the Shiromatsu family.

The Outsider constantly vacillates between exploring Nick’s integration into his new milieu and the broader scope of Japan’s post-war transition, but it fails to merge the two storylines in a meaningful or symbiotic way. Worse is the story’s muddled morality, as the filmmakers strive to condemn the amoral violence of the yakuza while also celebrating the supposed nobility of the yakuza’s codes of honor. In the end, Zandvliet’s decision to place a white man at the center of his narrative only to attempt to examine larger issues that don’t involve him leave The Outsider too often feeling rudderless, stuck servicing the story of its dull American outsider and leaving the cultural issues it’s actually interested in only superficially explored.

Review: The Strangers: Prey at Night