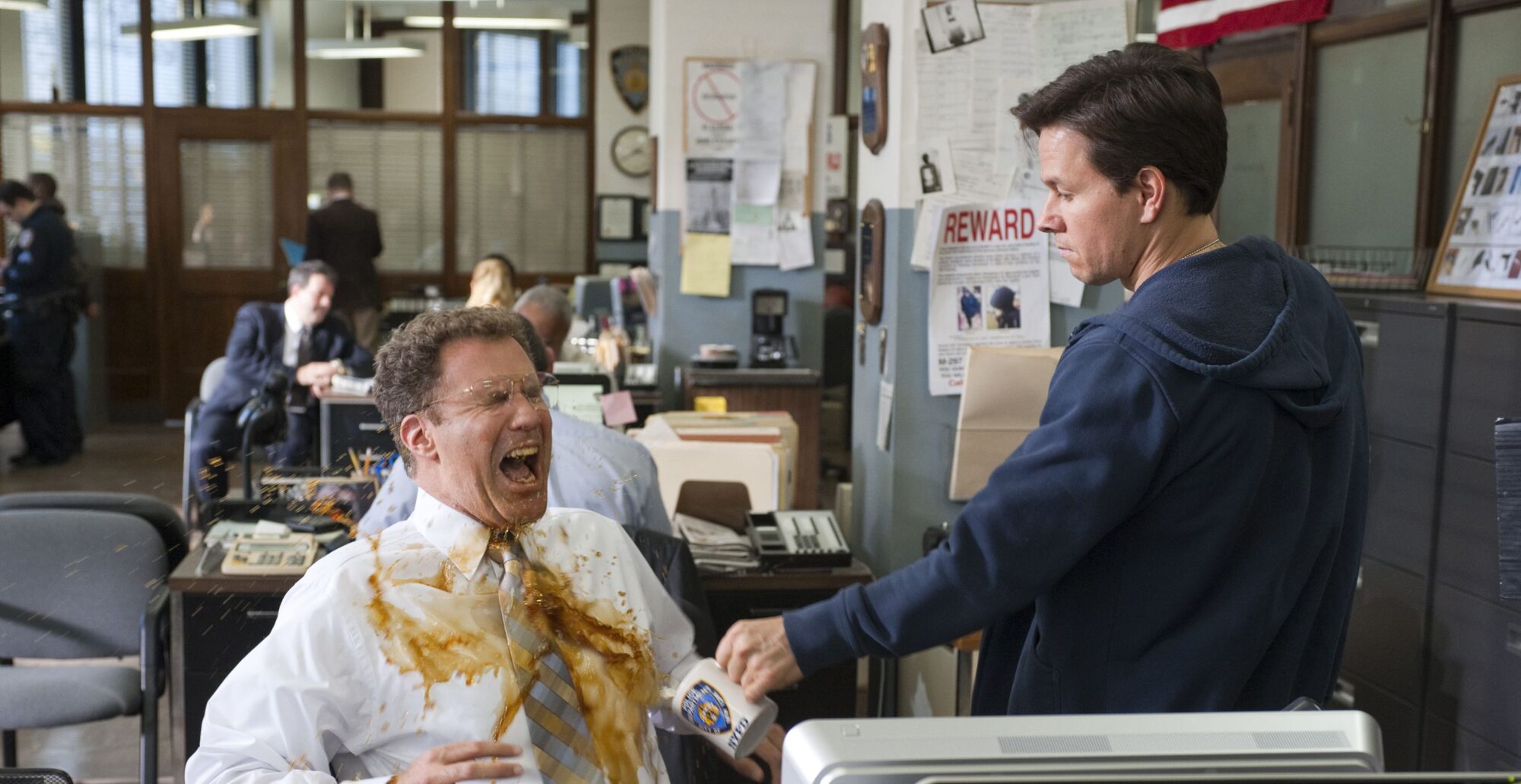 The sidesplitting excellence of Talladega Nights: The Ballad of Ricky Bobby’s sly red state-blue state commentary was that it flowed effortlessly from its characters, settings, and situations. Not so, disappointingly, with The Other Guys, which randomly tacks onto its buddy-cop formula a graceless, out-of-place critique of institutionalized financial corruption that culminates, in a stunning bit of activist didacticism, with a credit sequence of banking-corruption facts set to the lyrical stylings of overbearing wannabe social-justice poster boy Zach de la Rocha. Given that this is a film from Adam McKay and Will Ferrell, a partnership that’s so far produced three exemplary Dadaist comedies-of-insanity, one’s prone to take such earnest hot-button concerns as another of their many out-of-leftfield pranks. Yet the ways in which McKay’s latest addresses its larger Wall St.-centric interests are so clumsy, ill-fitting, and, most disastrous of all, unfunny that the material’s topical undercurrents ultimately prove a grave misstep into soapbox preaching. And it’s a shift relative to his prior work that’s all the more stunning for taking place in a story that otherwise often exhibits his and Ferrell’s trademark arbitrary absurdity.

While it assumes a clichéd mismatched-cop comedy template, The Other Guys isn’t simply a straight Cop Out-style parody, a merciful development considering that the genre’s satiric potential has now been just about fully exhausted. Nonetheless, conventions are regularly tweaked at the outset, as paperwork-loving desk jockey Allen (Ferrell) contends with his angry partner Terry (Mark Wahlberg)—whose promising career was derailed when he accidentally shot Derek Jeter—and two renegade NYC cops (Samuel L. Jackson and Dwayne Johnson) who are showered with praise and glory for their over-the-top Dirty Harry tactics. When the beloved officers die in the line of duty, via an inspired bit in which they pursue baddies by jumping off a high-rise’s roof (“Aim for the bushes”) to their concrete sidewalk demise, an opportunity arises for Allen and Terry to step up and become the precinct’s top dogs. But conflict arises out of Allen’s unwillingness and inability to be a “real cop” and Terry’s frustration at these circumstances, a dynamic rooted in Allen’s lack of manliness that’s never exploited for anything more than stale frat-guy insults about Allen using a tampon and driving a sissy Prius.

Investigating scaffolding violations leads the duo to a renowned investor (Steve Coogan) who, it turns out, is planning an illicit scheme to pay back the billions he owes various livid clients, a central thread so inelegantly scripted and inconsequential that every mention of it grinds the proceedings to a standstill. It’s a shortcoming that becomes more pressing as The Other Guys wends its way to the third act, since the film’s censure of domestic capitalistic practices (replete with references to AIG, Bernie Madoff, and SEC incompetence) are all tied to the basic, tedious crime plot. McKay and Ferrell are at their best when throwing literalness out the window, and accordingly the strongest moments are those that adhere to illogicality, as when Allen introduces the smoking-hot Eva Mendes as his wife to a dumbfounded, laughing-with-incredulity Terry, and later recounts his college career as a lucrative pimp named “Gator.” Inserting the goofily irrational into everyday circumstances was key to the filmmaker and star’s previous Step Brothers, and it serves them well here too, especially when they allow their nonsensical riffing to continue past the point of reason, most notably with recurring TLC allusions and an early back-and-forth between Allen and Terry about metaphorical sharks fighting tunas.

Too frequently, though, McKay merely puts his big-studio budget on screen by embracing the car chases and slow-mo shootouts he should be mocking or, better yet, ignoring altogether. And worse, for the first time in his collaborations with Ferrell (who’s amusingly weird as the outwardly docile, inwardly wacko Allen), he provides his leading man with a sidekick who’s more of a standard foil than an equally deranged, non sequitur-spouting loon. Wahlberg gets as much mileage as possible out of his role, but Terry’s purpose is chiefly to yell at Allen in stunned disbelief at the man’s strangeness, a rapport that’s far less unpredictable and humorous than Ferrell’s prior team-ups with the similarly bizarre John C. Reilly. As such, too much of The Other Guys’s comedic burden falls on Ferrell’s shoulders, which leaves the proceedings feeling lopsided and, thanks to a narrative that generates hilarity not from its main storyline, but only from standalone incidents and exchanges, inherently scattershot. Awash in tropes it seems only halfheartedly interested in reproducing or skewering, the film loses sight of its primary strength, engaging in runtime-padding gunplay and automotive mayhem rather than indulging in unexpected lunacy like Ferrell and Mendes’s impromptu dinner-table crooning of their self-penned ballad “Pimps Don’t Cry.”