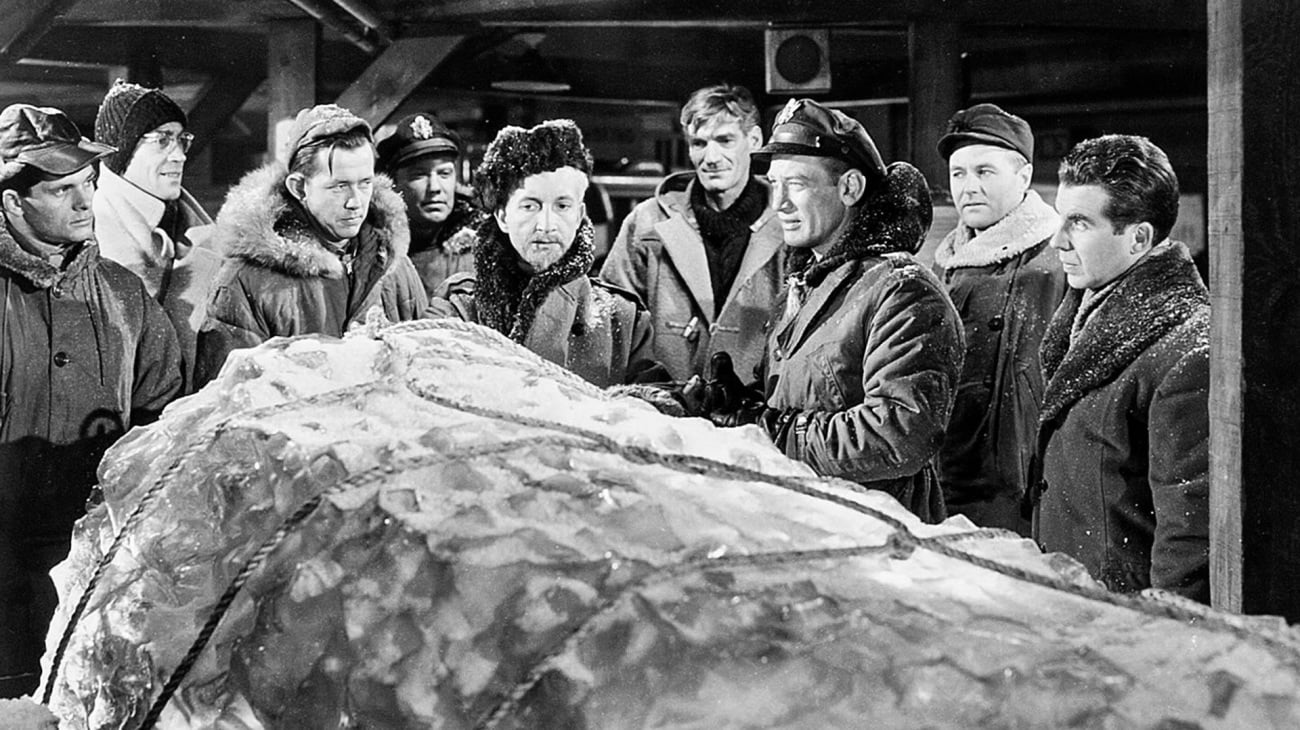 All invasion stories are allegorical, which makes this pair of movies a perfect vehicle to debut what I hope will be a fun, immersive series of essays and considerations. Released 30 years apart, during totally disparate cinematic and political moments, The Thing from Another World and its 1982 remake are both brilliant films in their own ways, and both equally reflective of their contexts and creators. Watching the two within a few days of each other was—and I don’t mean to overstate—a nearly profound experience. John Carpenter’s later version is so different in tone, pacing, attitude, and theme from the earlier one, directed by Christian Nyby, yet also so reverent in certain sly ways, that it made me realize how a remake, when done well, can be one of the most personally expressive forms of filmmaking, even when the material is as seemingly rote as a sci-fi monster movie.

So consider “Take Two” my own personal attempt to test this notion. I want to seek out notable remakes and explore what draws different filmmakers to the same material; to see the ways in which subtle (and unsubtle) changes in cinematic technique or artistic worldview can bring out new layers in a story; and to think about storytelling generally, particularly why different images or narrative conceits lend themselves to reimagining. I’d be grateful for any recommendations in the comments.

Ergo: a spaceship, thousands of years old, lodged inexplicably in the polar tundra, and containing a monster unlike any ever seen. That’s nearly the only element in common between the Nyby and Carpenter films, though they share a source novella, Who Goes There? by John W. Campbell Jr. The earlier film starts in Anchorage, where a reporter joins a half-dozen Air Force pilots for drinks. He’s in search of a story, and joins them when a mysterious call comes requesting their help in a remote scientific outpost. Nyby was an editor on some of Howard Hawks’s most famous films, including To Have and Have Not and Red River, and some critics have argued that Hawks, in fact, directed this film in addition to his credit as a producer. I find the contention irrefutable, given that Nyby’s subsequent directorial career was relatively undistinguished, and since The Thing from Another Planet (the descriptive clause added retrospectively when Carpenter’s version came out) exhibits more than a few quintessentially Hawksian trademarks. In its expository first half, the dialogue whips by with the same vocal energy as His Girl Friday, while the leisurely narrative pace and close-quartered scenery recall Rio Bravo. This is quite simply the most dialogue-dense thriller I’ve ever seen, yet also somehow one of the most unhurried:

Indeed, it’s almost a shame whenever the Thing comes on screen; there are barely any special effects to speak of, and the eventual discovery that the alien is actually a kind of extraterrestrial carrot-man irrevocably robs the monster of any real villainous presence. But The Thing from Another Planet feels unbelievably modern in its quieter, human scenes, when relationships are established through scraps of overlapping dialogue and hectic group shots. This is essentially a snowbound Rules of the Game, made on a modest scale and punctuated by overzealously scored scenes of zombie rampage.

There’s a clever reference to Hawks’s propagandistic Sergeant York in the scene above, and without question the most awkward element of The Thing from Another World is its unrepentantly pro-military, anti-science ending. We’re made to sympathize with the no-nonsense Captain Hendry, played by Kenneth Tobey, who not only gets the sassy Hawksian gal (Margaret Sheridan) and defeats the alien, but also overpowers the crew’s madman biologist, Dr. Carrington (Robert O. Cornthwaite). The film’s famous final line—“Keep watching the skies!”—isn’t the nerd call to arms that it’s often interpreted to be; instead, it’s a warning (and plea) to future soldiers.

The motley gang that encounters the Thing in John Carpenter’s 1982 film is, tellingly, not comprised of soldiers at all. Unprepared to fight, defined by individual eccentricity, and rife with paranoia, they are instead a group of Antarctic researchers who convey a distinctly post-Vietnam level of fatigued counterculturalism. This is best seen in Kurt Russell’s comically named character, MacReady, who knows how to handle a helicopter and a flamethrower, but who also skulks around like James Dean and hides behind a big pillow of facial hair like Jim Morrison circa L.A. Woman.

The Thing borrows liberally from then-recent box-office successes like Alien and The Shining, and it’s been criticized for supposedly trampling over the insinuative horror of the 1951 version in favor of gruesome effects, but damn it all—this is one of the scariest, and greatest, horror films I’ve ever seen. Carpenter’s style is more naturalistic than The Shining’s and his setup somehow feels less contrived than Alien’s. This is fundamentally a movie about the erosion of trust within a small community, and the disgusting special effects add to the interpersonal tension rather than simply cause us to cringe, as in, say, David Cronenberg’s remake of The Fly four years later. For The Thing to work, the audience needs to feel as helpless and outmatched as the crew, and so the monster’s endless variety of slithering, fanged guises—insect, dog, reptile, squirming innards, and of course, human—actually serves a structural purpose. The Thing may be the most successful visualization of H.P. Lovecraft’s approach to horror, where monsters and scenarios are nightmarish precisely because they are so inhumanly ugly, and so free of earthbound biological dimensions.

Carpenter was one of many ‘80s directors who wore their affinity for ‘50s cinema proudly and obviously; a similar obsession with berserk science, high-concept effects bonanzas, and breezy political awareness can be seen in the work of Joe Dante, Steven Spielberg, Robert Zemeckis, Joe Johnston, John Landis, and others, though The Thing exhibits none of those directors’ zaniness. Instead, Carpenter takes Hawks and Nyby’s basic plotline and removes the madcap pacing and romantic subplot, relocates the action to the southern hemisphere, and leaves his camera to linger on the desolate landscape in his early scenes. The narratives and small physical locations of The Thing from Another World and Rio Bravo informed Carpenter’s earlier films like Assault on Precinct 13 and Halloween, yet in The Thing, ostensibly his most direct homage, he almost literally rips up the script and starts again; his film is a grim existential nightmare more indebted to Agatha Christie and Samuel Beckett than to Hawks’s warm professionalism. The Thing has suffered critically in comparison to its forebear, but it’s long overdue for reconsideration. Rather than a nihilistic and perverse remake of a beloved camp landmark, it’s a technically flawless acknowledgment that the rules of the horror genre changed as the Cold War lost its novelty. Given Carpenter’s professed love for Hawks’s work, The Thing might even be best appreciated as a reflection on the limits of artistic influence.

Review: The Other Guys