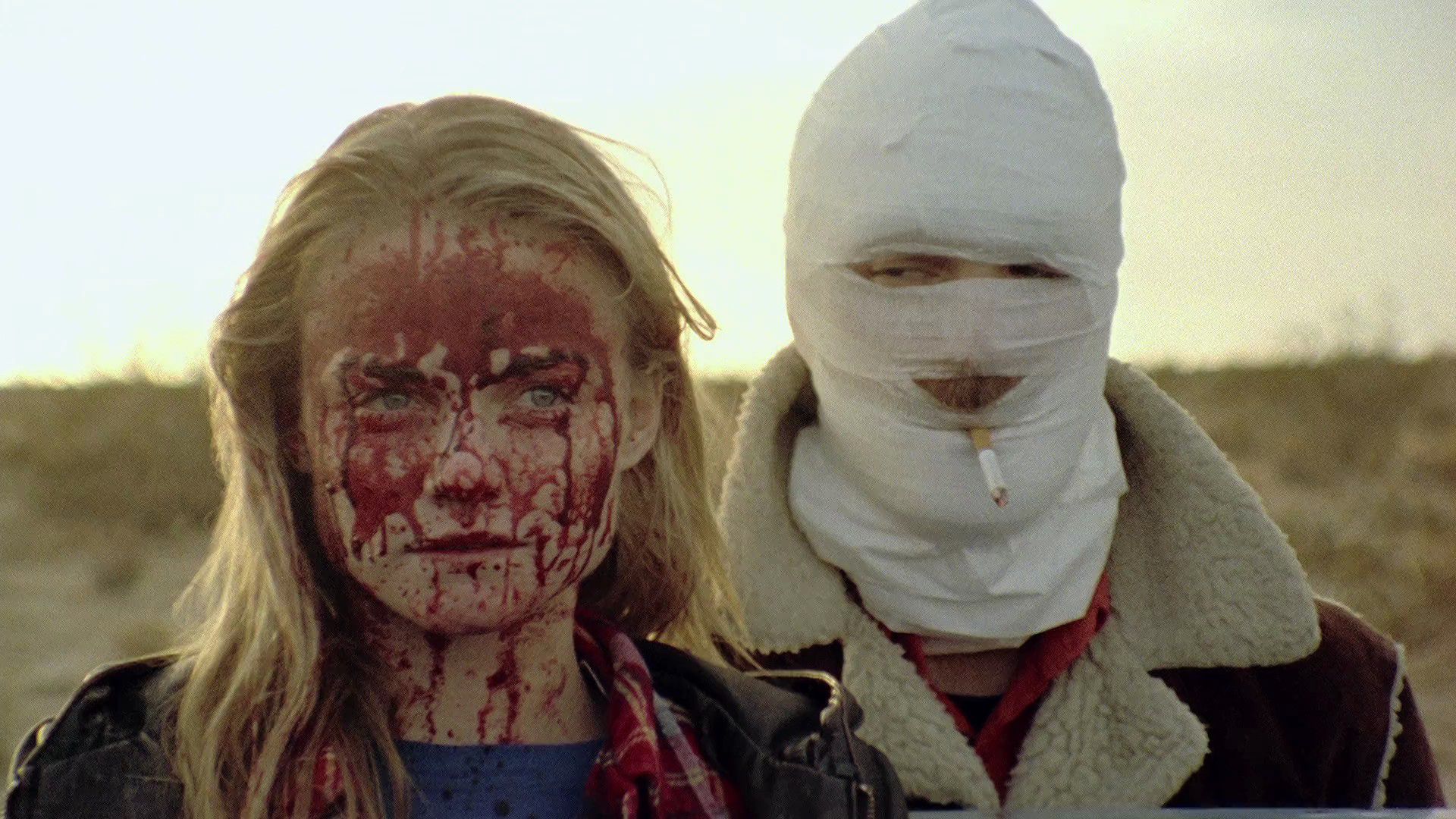 A good horror movie—or, really, even the prospect of one—is something to get excited about. For a while, The Oregonian appears worthy of carrying that torch: Its sub-shoestring budget, grainy 16mm compositions, and reverb-laden soundtrack all bear the marks of a ready-made cult classic put together by dedicated genre mavens. Concerning a nameless young woman (Lindsay Pulsipher) who wakes up from a traumatic car accident on a seemingly abandoned back road and proceeds to wander about aimlessly and scream a lot, writer-director Calvin Reeder’s film devotes itself fully to matching its protagonist’s unending confusion as she pieces together her own mystery. It’s a seemingly admirable task, but more often distances us from the character than puts us in her shoes. Likewise the rest of the plot, much of which suggests a series of ideas passed between enthusiastic (and possibly stoned) horror fiends, but whose actual execution stretches those ideas thin—even at a scant 80 minutes. The Oregonian alluringly establishes what it’s up to within minutes, then spends the rest of its brief life treading water and needlessly repeating itself. It’s the kind of movie you’d find in someone’s VHS collection, decide to watch based on the box art and title, and end up switching out for The House of the Devil instead.

All of which is made especially disappointing by the fact that this is clearly the work of people who are as aware of the horror genre’s current stagnation as weary viewers who can’t handle another exorcism movie. In trying to be so faithful to his own internal logic, Reeder too often forgets to throw in any real-world logic for good measure: Even when considered through the lens of its protagonist’s obvious concussion, almost nothing that happens is believable. (Guy in a fuzzy green suit following the title character around? Sure, okay. Another dude pissing multiple colors and then passing out because he ate too much breakfast? Eh…) Take it 100% on its own terms or think of it as an entry in a very specific subgenre and The Oregonian already seems like the kind of oddity that could one day merit reconsideration from some especially patient and understanding cinephiles. Its affected ‘70s vibe and good intentions make it the kind of film you want to go out of your way to like, but that’s just the problem: Reeder doesn’t reward any of the hard work he demands of his audience. Some mind-altering substances may make future midnight viewings enjoyable enough, but even then this would still be a jumbled mess that can’t make its deliberate incoherence interesting. Cool title though.