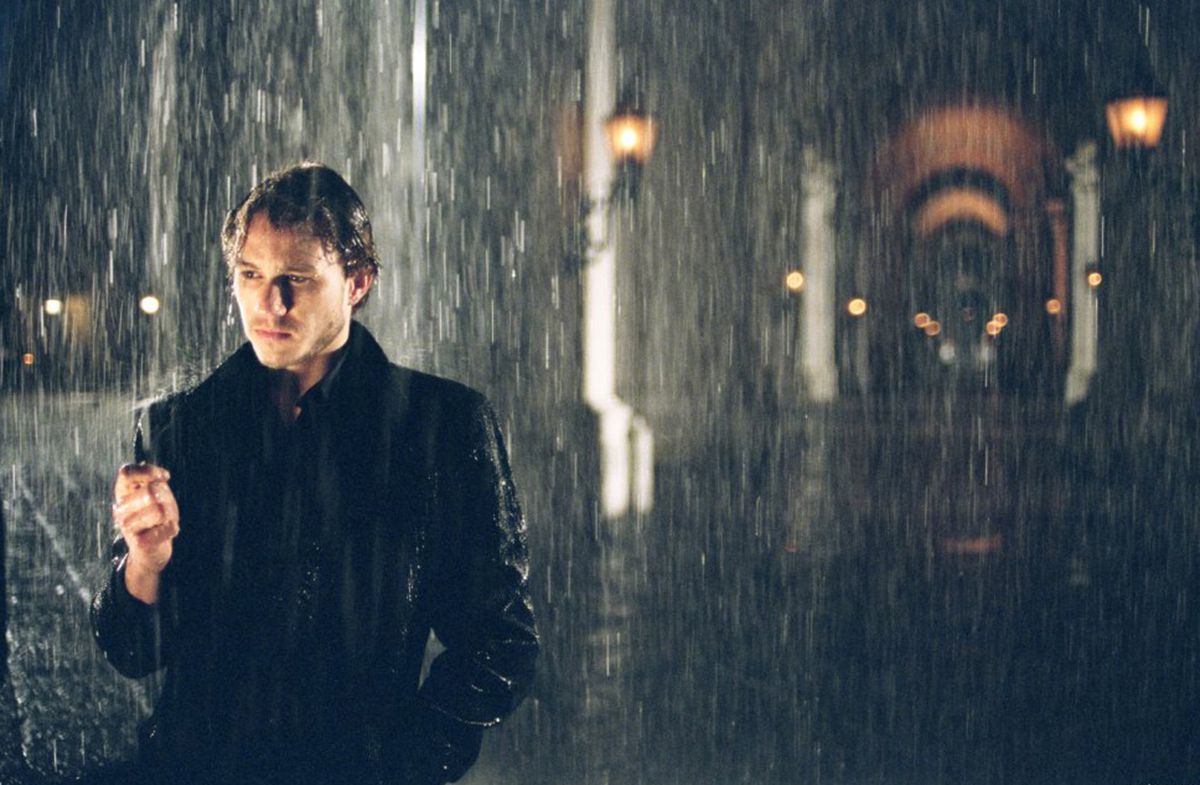 Now it makes sense why Fox didn’t screen The Order a few months back for critics: The film doesn’t make a lick of sense! Poor Brian Helgeland. It should be a sin for a director to take material this nonsensical so seriously. “In the beginning, my mystery still remained,” bemoans pin-up Carolingian priest Alex Bernier (Heath Ledger), inexplicably called “Spaghetti O” by his best buddy Thomas (Mark Addy). With the help of his friend and a psychotic mental patient, Mara (Shannyn Sossamon), who tried to shoot him during an exorcism (don’t ask, the film isn’t willing to explain), Alex goes to Rome to investigate the events surrounding the death of his kooky father-figure Dominic (Francesco Carnelutti). Helegand’s Europe is an aesthetic heresy. There’s a trashy MTV quality to the film that betrays the director’s serious obsession with Alex’s faith. The film cribs from the best Catholic spookers (look for the Exorcist fonts and Omen demon children) but really owes more to the likes of Stigmata. After doing some quickie research and butting heads with a series of human placards (most non-memorably an “Apathetic Bishop”), Alex makes his way through a series of dining halls, museums, and Catholic techo clubs. In the end, he discovers that sin takes the shape of a CGI octopus when it leaves the body and has to decide whether he wants to eat it or not. “Sunflowers are a brilliant mistake,” says the doomed Mara. “Like you and me,” replies the wise Alex. Blood in. Blood out. Eye roll.