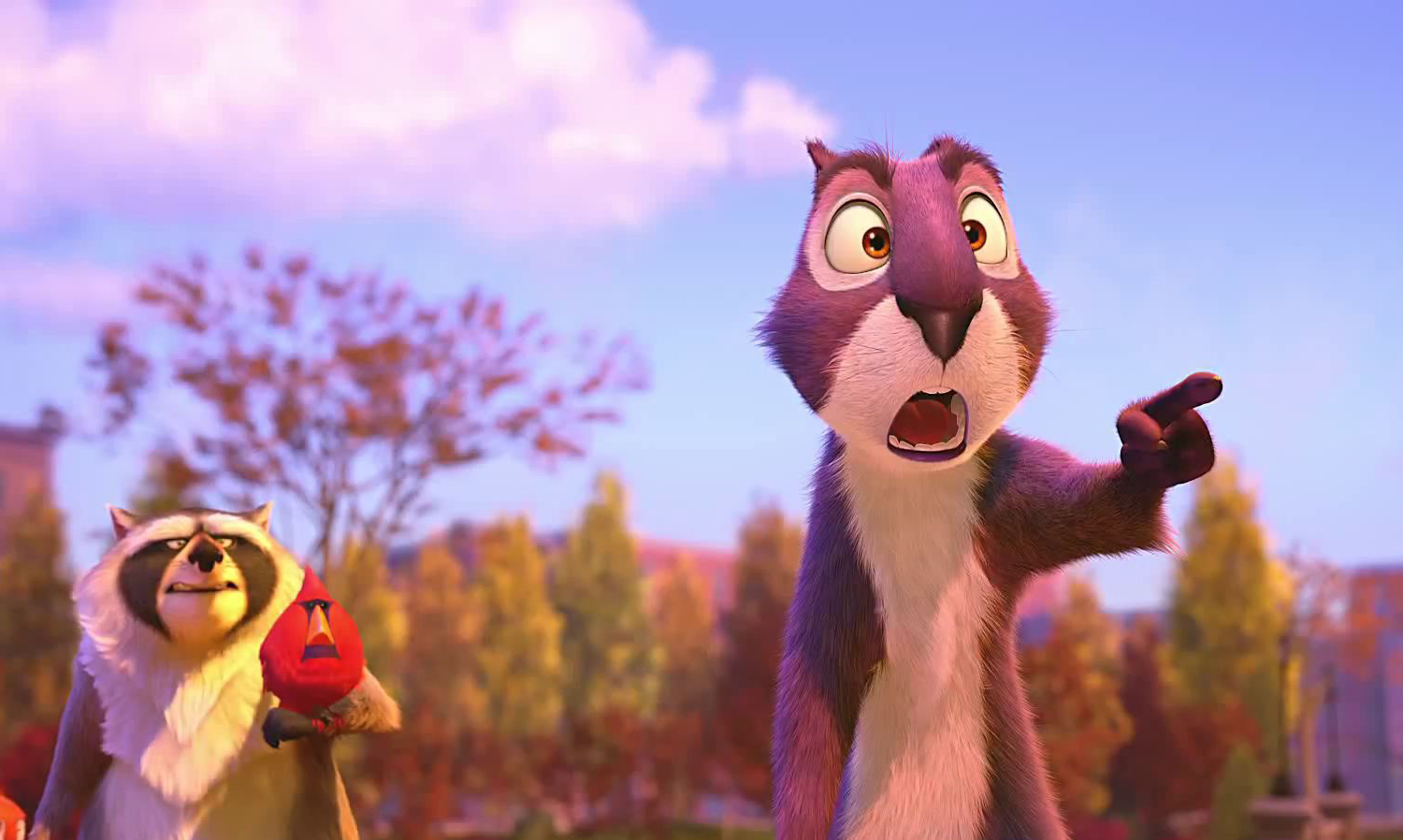 Not long into Peter Lepeniotis’s The Nut Job, the film’s squirrel antihero, Surly (Will Arnett), is justifiably banished by his community for his part in the destruction of their home within a city park’s large tree. The damage comes from a nut cart flying like a bat out of hell into the tree, which explodes in flames—a scenario that, for some, may uncomfortably bring to mind the events of 9/11. This impression may have been easier to shake off if the sequence wasn’t immediately followed by an earnest discourse on criminal due process, with the leader of the park’s animal community, Raccoon (Liam Neeson), forced to decide whether Surly should receive a fair trial or be sent away forever. The film makes a few other political intimations, mostly toward freedom of information and the nature of fascism, but attempts to render these ideas adorable by the mere fact that they’re being discussed by talking animals. Needless to say, George Orwell’s Animal Farm this is not.

Instead, inevitably, the nondescript writing by Lepeniotis and Lorne Cameron provides Surly with a chance to prove he should be considered part of society, partnering as he does with another squirrel, Andie (Katherine Heigl), to steal a trove of nuts from a local store for the homeless denizens of the tree. Unfortunately for them, the store is also a front for King (Stephen Lang), a (human) gangster who’s tunneling his way into the bank across the street. Lepeniotis cleverly parallels Surly and King’s attempts at reentering society, but the intertwined stories prove a dull and unfunny affair nevertheless. This, sadly, is the kind of kid’s movie that spends time trying to squeeze blood out of the rock that is “Gangnam Style.” The visual style is safe to the point that it comes off as uncaring, with browns, grays, and blacks dominating a visual landscape that favors a neat, quasi-naturalistic design over exuberant innovation. (The one exception is the menacing bright-red robin perched on Raccoon’s arm.) There’s no personality in the design or the script, which only renders the cynical aftertaste of this convoluted one-squirrel-against-the-world story all the more potent.