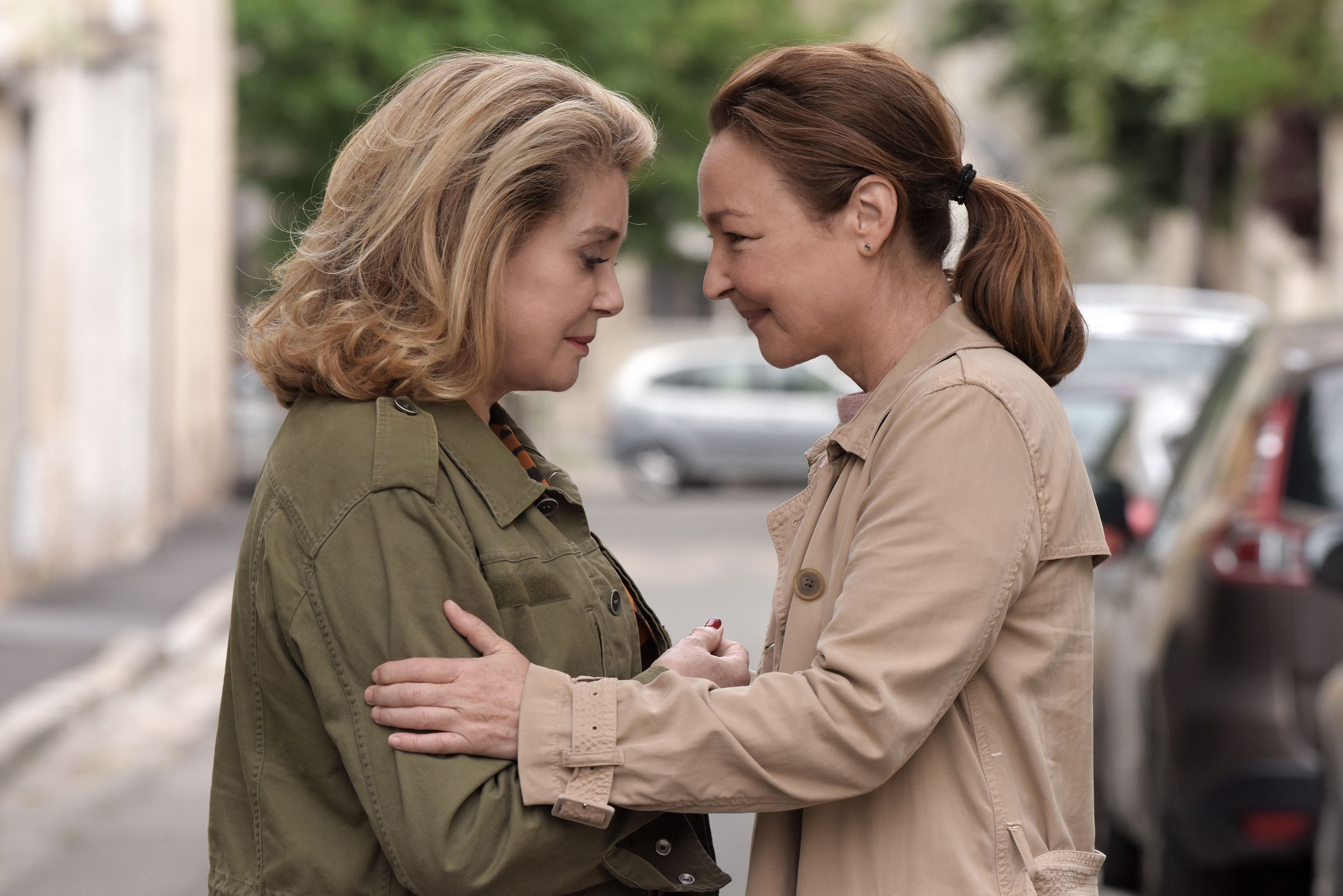 Much of what happens in The Midwife seems to stem from the desire to turn the double entendre of the French word for “midwife”—“sage femme,” which translates to a wise or reasonable woman—into the subject for a feature-length film. In writer-director Martin Provost’s story, Claire (Catherine Frot) embodies both senses of that expression in rather literal ways. She delivers babies like a benevolent doula, as her life philosophy is rooted in a ceaseless will to do the right thing. She’s always kind, generous, loving, hardworking, and sober, representative of all that capitalism’s hunger for profit wants to do away with, preferring to lose her job rather than allow for maternity wards to become humanity-free baby factories—which, according to the film, is where the French health system is headed.

When her dead father’s former mistress, Béatrice (Catherine Deneuve), resurfaces in her life, Claire’s already established superhuman benevolence becomes all the more redundant by contrast. Béatrice is an inveterate hedonist who spends her time gambling, drinking, smoking, eating french fries, and pretending she hasn’t gone completely bankrupt. Claire has little reason to reconnect with Béatrice, who apparently drove Claire’s father to suicide. Except that Béatrice is suffering from brain cancer and is penniless and alone, which prompts Claire into her care-taking role yet again.

If it wasn’t for its performances and the way in which the French language tends to mask sentimentality with an impression of erudition, The Midwife would belong in the category of Hallmark Channel tearjerkers. It’s hard not to be mesmerized by Deneuve playing, once again, a fantastic version of her bourgeois self, floating in animal print inside a chic Parisian apartment, with her impeccable blond mane, a cigarette on the corner of her mouth, and a diva-esque self-assurance, as she announces a cancer diagnosis in the same sentence that she requests a glass of whisky. While Frot plays the film’s main character, she’s happy to concede the film space for Deneuve to be Deneuve, to ever so playfully and unabashedly contaminate every frame.

Not that Frot lacks screen magnetism, as she wields humility like a hypnotic force throughout the film. We feel for Claire, both pity her and believe in her affliction and good will, not because of her soap operatic storyline (suicides, hospital beds, and babies), but because of her face. It’s because of how Frot manages to exude the very nuance, the very humanity, that the storyline sacrifices in order to unfold like a pretty little tale.

This game in which the actresses inadvertently mock the film’s inability to keep up with their excellence is epitomized in the scenes where Claire and Béatrice lunch together. Literally pitted against each across a diner table, they take the reins of the film, which is reduced to a kind of theater of call and response. Well-coiffed, alcoholic, and fabulously bankrupted Béatrice chows down over-salted fries, throwing zingers at the goody-goody Claire, who deflects Béatrice’s verbal acumen with just as much dexterity. The exchanging of barbs, or shade, is, of course, a French specialty. Here we’re offered generous close-ups of Deneuve and Frot’s faces, their acting thus witnessed with no distractions from the film’s cheesy narrative commitments. The Midwife could have been a more palatable film had it limited itself to these dialogue-heavy scenes, where actresses of such density, with such histories, are left to their own devices to trample down the carcasses of their flat characters and come out on top as something else altogether.

Review: The Girl Without Hands