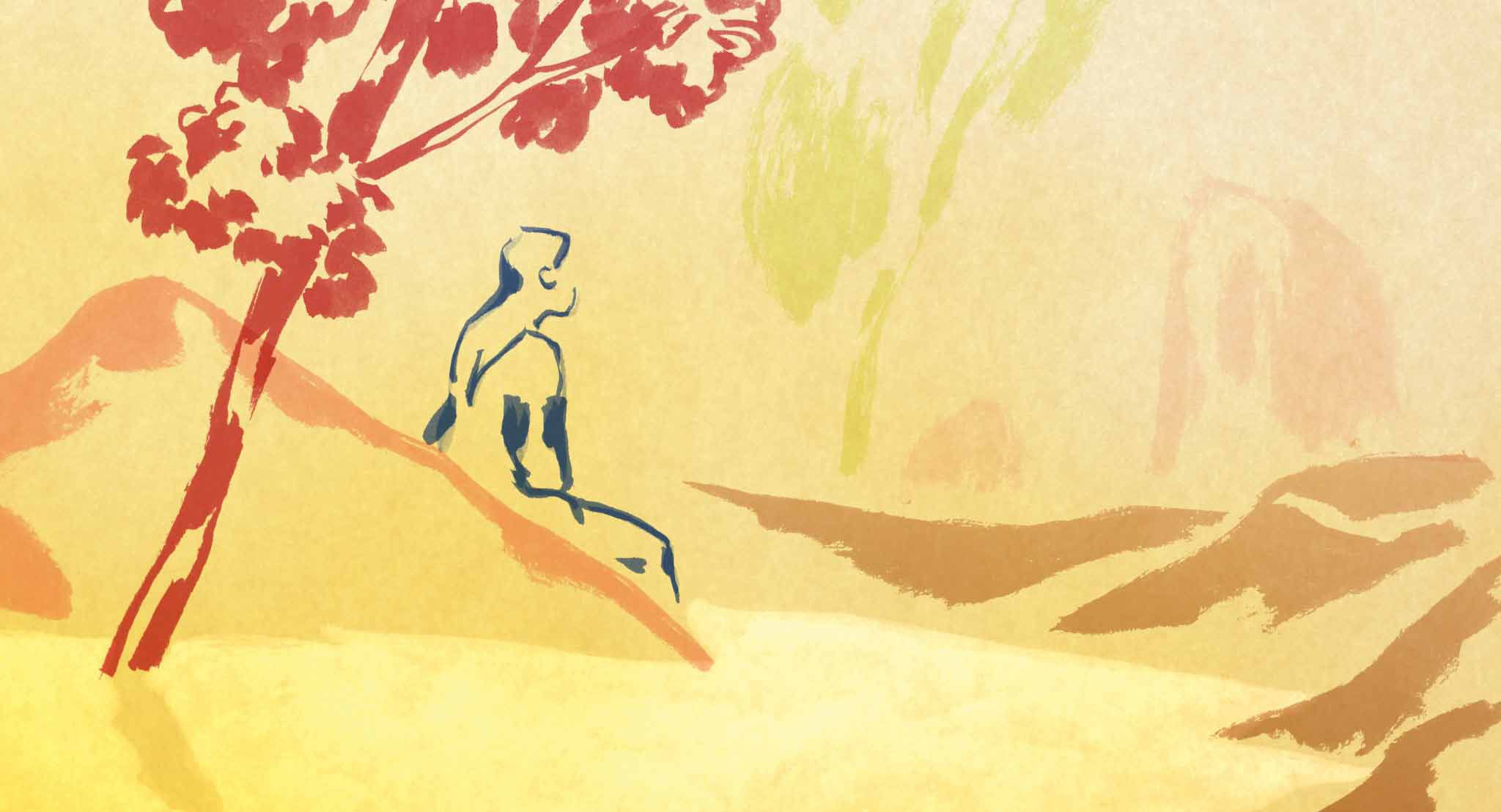 Acting as something of a corrective to modern CGI’s obsession with photorealism, Sébastien Laudenbach’s The Girl Without Hands approaches animation from a far more impressionistic and primordial angle. Based on the Brothers Grimm tale of the same name, this hand-drawn film has a stripped-down style that, with its surreal splashes of color and wildly creative use of negative space, brings to mind Japanese scroll painting and Joan Miró’s paintings. Laudenbach’s visual strategy, replete with incomplete, flickering figures and malleable, half-formed backgrounds, pays off in spades as the instability of the film’s images comes to mirror the perpetual struggles of the titular young girl as she strives for a sense of agency.

The story of The Girl Without Hands is as pared down as its aesthetic form, following the journey of a young girl whose poor father sells the apple tree behind his mill to the devil in exchange for a near-infinitesimal bounty of gold. Unbeknownst to the father, his daughter was in the tree at time the deal was made, yet when the devil finds her too pure to take with him, he forces the mill owner to cut off her hands as further payment. After fleeing the devil, who’s determined to follow and further haunt the girl, and her greedy father, who refused to return the gold to save his daughter, she meets a prince who bestows upon her two golden hands before going off to war and leaving her pregnant and under the care of a slow-witted but kindly gardener.

As the devil, appearing in various forms from pig to demon to man, begins playing tricks to make her believe that the prince wants her and her child dead, the young girl meets a river who takes the form of an enormous woman and comes to her defense. The film is full of seamlessly integrated flights of fantasy such as this which are effortlessly weaved into the narrative, giving the film an effortlessly magical quality. The fluidity of the images, where characters fade away and reappear in another part of the frame or a new location altogether, enhances the film’s dreamlike logic. Laudenbach’s elliptical editing creates the effect of a storybook while his aesthetic maintains a delicate balance between the film’s more fantastical elements and its heightened focus on the world’s material elements.

The Girl Without Hands’s inventive sound design, along with Olivier Mellano’s spare, moody score, offers a remarkably complex counterpoint to the images on screen. Using a blend of amplified sounds to mimic all the natural elements that may or may not even appear in the frame, the director creates a deeply rooted sense of realism that contrasts the austere, surreal illustrations. The story’s portrayal of mankind’s most base and cruel instincts is made to feel striking in its fervor through this distinctive artistry.

The elemental nature of the fable and the film’s quietly radical yet complementary merging of sound and image go hand in hand to summon a world that’s as ephemeral as its protagonist’s states of being, yet contains an emotional richness that remains ineffable. Rather than embedding its meaning in narrative or something as immediately relatable as its characters’ facial expressions, the film finds it in the pure abstract movement of lines and color and soundscapes that convey an unseen reality lurking beneath the surface. In returning to the fundamental roots of animation, Laudenbach offers a thrilling and hopeful example that fresh and exciting alternatives to assembly-line animation can still be found.