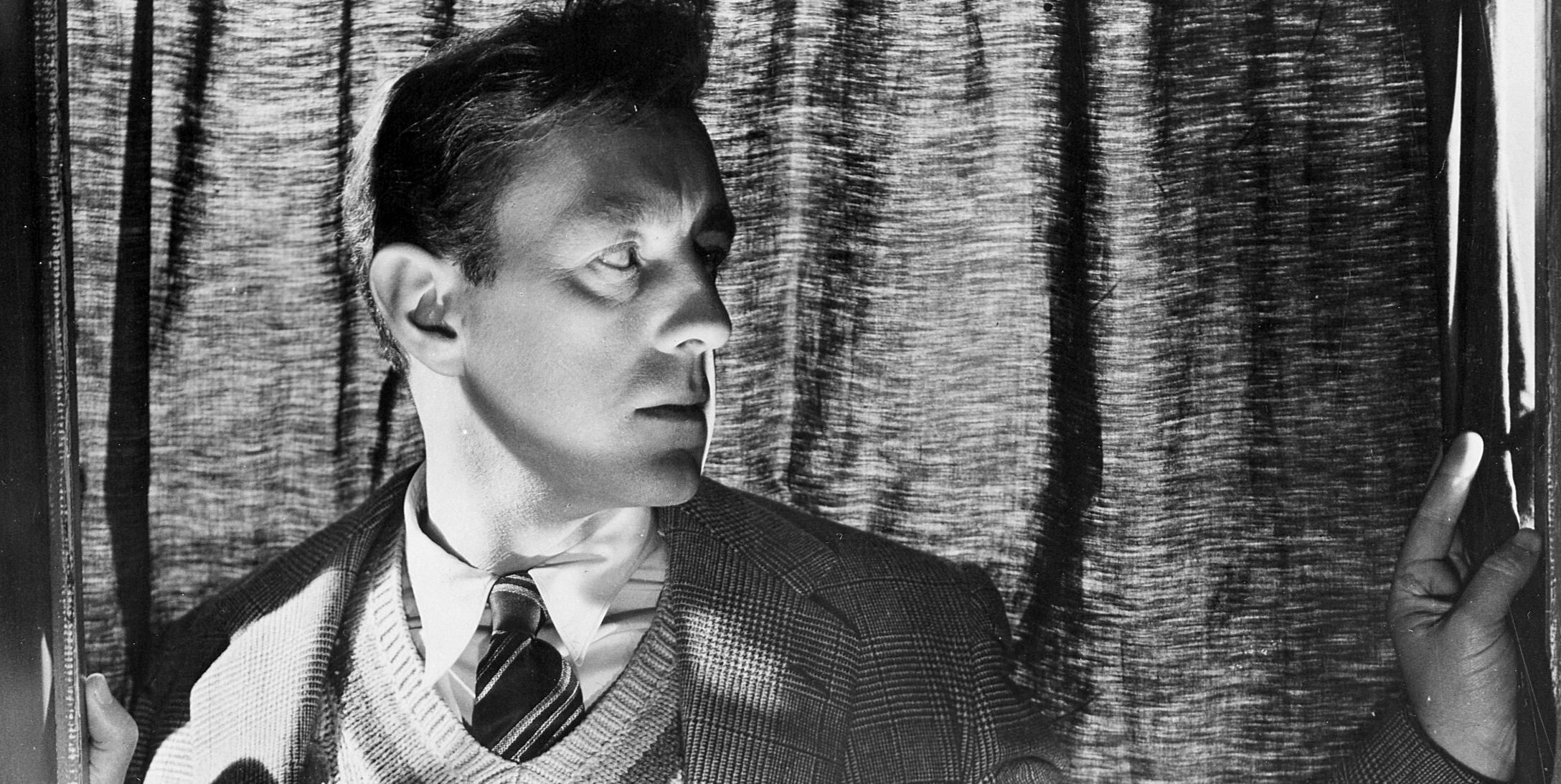 Alexander Mackendrick’s first two films, both made at Ealing Studios, concern commodities who revolt against their simple market value and assume the properties of myth. This may sound like naïve fantasy, but myth can wreak havoc on a delicate balance of supply and demand. In Mackendrick’s debut, Whiskey Galore, for instance, a vessel carrying 50,000 bottles of the titular beverage wrecks on the shores of a small Scottish isle turned miserably teetotal by the maritime vicissitudes of war. The question that soon follows is whether booze is better stolen (and untaxed) or sunken (and un-imbibed). You can guess in which direction popular opinion swings.

The Man in the White Suit rewrites this fiscal fiasco for fewer and more intensely satirical characters. Instead of a devoutly liquored Scottish town, the setting is a dreary, Dickensian city both darkened and kept prosperous by the belching of factory smokestacks; instead of high-proof flotsam, the plot device is a test-tube fabric that, courtesy of some chemical mumbo jumbo, never dirties, tears, or wears down. But while superficially a retread, this sophomore effort improves upon its predecessor’s template by transforming the everyday more redolently into the mythic. The unbreakable and highly luminous threads from which the film’s invincible garments are loomed feel suspiciously borrowed from the spindle of the Fates—as fire was from Mount Olympus in the Promethean story.

The film also provides us with a single antihero, chemist Sidney Stratton (Alex Guinness), rather than Whisky Galore’s united front. Compelled by irrepressible vocational ambition to concoct the perfect, everlasting fabric, Stratton bounces between several mills in the same town as a low-level employee, eventually fleeing from each after his pricey, on-the-sly lab work is found out. As he scurries between the industry’s largely interchangeable competitors, stuffy textile moguls (played by Cecil Parker and Michael Gough, among others) broker deals behind closed doors, even proposing marriage to one another’s daughters for leverage. Stratton’s interests and those of the mills’ owners are thus in one sense contrapuntal; while his bosses’ eyes are fixed on product rather than object, the chemist pulls off the distracting price tag and tinkers with the material behind it. But as Stratton’s experimentation grows more obsessive, his zeal for individual glory and his blindness to the needs of the marketplace achieve a troubling consonance with the pomposity of the ruling class he disdains.

Much of The Man in the White Suit’s charm resides in how gradually and effortlessly we discover this Promethean protagonist’s crippling myopia. As Stratton soldiers on through two acts of failure with youthful confidence, we can’t help but sympathize with his cause; it’s excruciating when an early essay at polymer construction succeeds only to be thrown down the drain by meddling colleagues. Curious cracks in Stratton’s intentions, however, start to irk us along the way. He has a habit, for instance, of examining rhythmically chugging apparatuses with the patiently lecherous eyes of a hungry lover. And the labs in which he toils, as photographed by Douglas Slocombe, are deep, brightly lit caverns penetrated with rigid shadow-geometries. When Stratton is later “offered” the sympathetic daughter, Daphne (Joan Greenwood), of a mill owner in return for the rights to his invention, he rejects her quite plausibly. It’s not, of course, that he’s uninterested in sex, but that his work among graduated cylinders and their viscous contents is sex. What match is a single woman for a harem of lovingly animated tubes and pumps that explode when improperly handled?

In the film’s final act, Stratton’s erotic relationship with his work has climaxed and produced an unholy offspring: the un-soilable and brilliantly glowing suit of the title, which Stratton intends as the prototype for a revolution. In response, mill owners and humble employees alike rise up against him, fearing that his ur-couture will slow production and ruin the industry. This homogenizing of class hierarchy into survival-motivated antagonism notably recalls the cop and crook alliance of Fritz Lang’s M, an unavoidable analogy that devilishly puts Stratton on par with a recidivist child killer. And yet Stratton is also no different from any one of us at our most irrationally determined to succeed. Mackendrick’s wickedly intelligent film thus posits a fame-hungry chemist as the single degree of spiritual separation between a pederast monster and a film-going public who cannot help but dream big for the future.

That Stratton proves so unable to resist his hubris surely provides The Man in the White Suit with a cautionary subtext, but this is beautifully complicated by an ending that denies the possibility of rehabilitation. Stratton experiences a moment of bothersome empathy when an elderly woman asserts that his magic clothes will put her cleaning service out of business, but the revelation doesn’t stick. At the final frame, Stratton gleefully prepares to revisit his sexy test tubes and economy-collapsing concepts, and we find our sympathy for him renewed. A fate of scalding hot ambition is, after all, less desirable than even the shackles that held Prometheus to a rock as eternal punishment for stealing fire.

On Trend: Stallone, Schwarzenegger, and the Rise of the Over-50 Action Hero