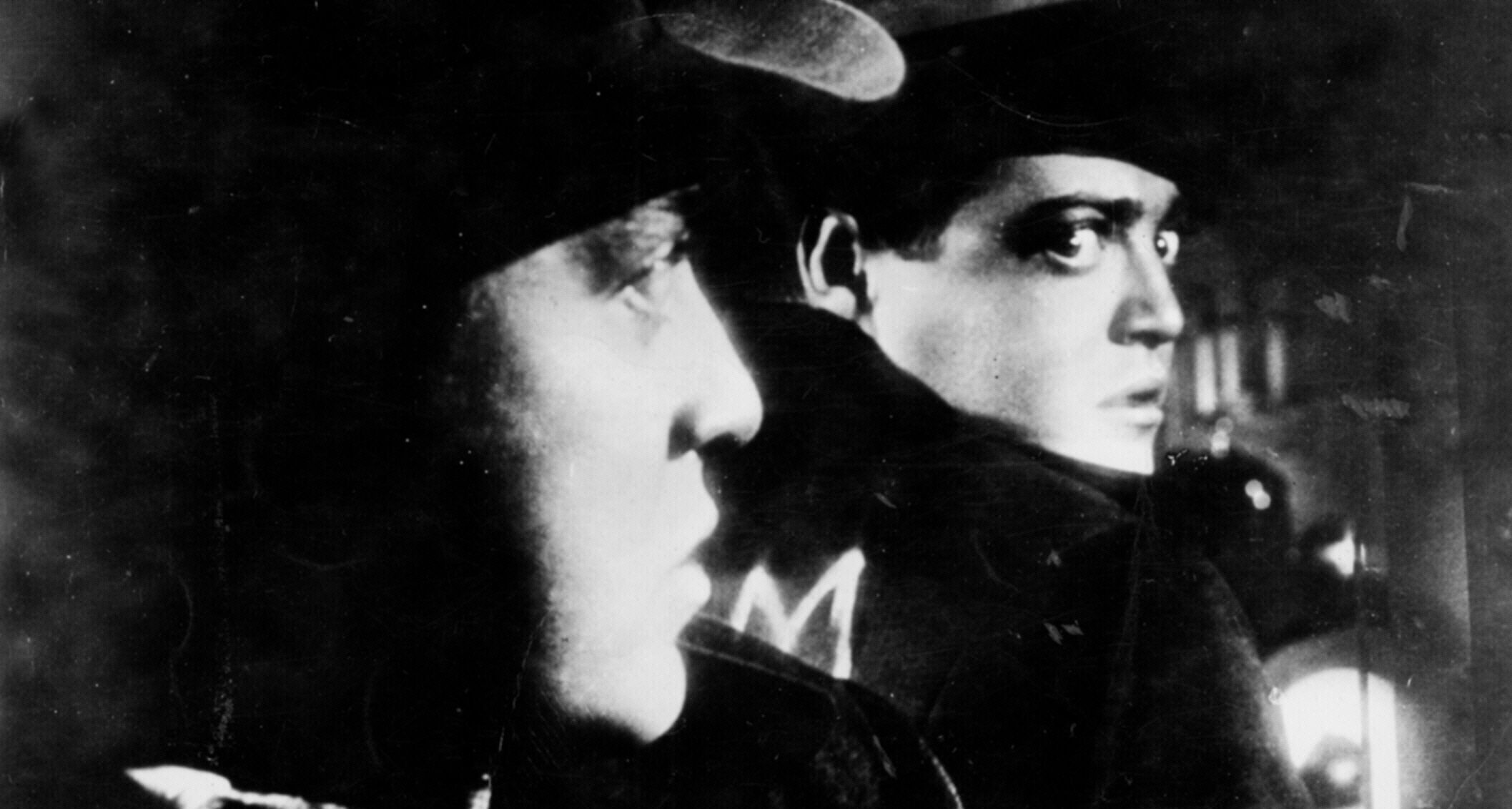 As it often is throughout M, Fritz Lang’s genre-establishing masterpiece (not to mention the Austrian director’s first talkie), the opening image finds itself betrayed, unbound, and sculpted by its sound design rather than simply accompanied by it. A group of children are playing a game in a concrete courtyard and a young girl twirls around and chooses one of her friends to fall. The kids giggle and wear big smiles, but they sing a song that tells of an “evil man in a black coat” coming around to chop up young girls and boys with his “little chopper.” The illusion of peace and tranquility in 1930s Berlin teems with a dark, disturbing terror, manifested by one unfathomable figure. It seems fitting now that M was distributed in the United States in March 1933, the same year the Nazi’s took power and Lang’s star, the inimitable Peter Lorre, a Jew, took flight from Germany to Paris.

Long before we learn that his name is Hans Beckert (Lorre), a child murderer that is largely absent yet central to Lang’s film, the shadowy figure identifies himself with an eerie signifier: He whistles a tune, Grieg’s “In the Hall of the Mountain King,” as he stalks and eventually ensnares his victims with balloons and candies wrapped in white parchment. (It’s worth noting that it is not Lorre but Lang who supplies the foreboding whistle.) A poster suggests that this man has already caused the deaths of four other children, but it’s the murder of poor little Elsie Beckmann (Inge Landgut) that incites an expansive procedural, though very little investigating is actually shown.

Indulging in a brilliant series of intercuts between two elongated discussions, one between five criminals and the other between the members of the law-and-order hierarchy, Lang orchestrates one of the great criminal endeavors ever put to film as the police run in circles and criminal leader Schränker (Gustaf Gründgens) enlists the league of beggars—which includes the blind balloon-salesman who first encounters Beckert with Beckmann—to track Beckert down so that they might quell the uproar of police activity. Not for nothing does this supply one of cinema’s great, ironic comparisons between criminals and the people who bring them to “justice.”

An official, Inspector Lohmann (Otto Wernicke), pieces together the identity of the murderer eventually, but the league of criminals has already cornered Beckert in an abandoned office building and set up a kangaroo court in the basement of an old cognac distillery—the film’s most Brechtian set piece. It’s here, for the first time, that we see words coming directly out of Lorre’s mouth, the image finally locating its hectic, pleading voice. Robert Bresson once opined that the soundtrack invented the idea of silence in films, and attempting to find a more profound example of Bresson’s assertion, not to mention the use of Eisenstein’s montage, than M seems fruitless. In fact, the film is characterized by both its auditory and visual gaps: The quiet movements of a ball and a balloon substitute for the image of Elsie’s murder; the initial police raids that throw the crime world into a tizzy are soundless.

Similar to the opening image, an endlessly analyzed push of the domino that leads to the unseen murder of little Elsie Beckmann, the casting of Lorre was an act of having one’s strudel and eating it too. In an interview by the great William Friedkin, Lang, who co-wrote the script with then-wife Thea von Harbou, commented that the choice of Lorre came from the actor’s face, which, according to him, was not the face of a child murderer. Of course, the bulk of Lorre’s hypnotic performance is primarily physical until his climactic outburst in that cognac distillery. Though the audience is tasked throughout the film to share Beckert’s outlook, it is in this scene, surrounded by the breadth of the criminal underworld, that we are faced not only with our own mixture of pity and horror but with the ghastly proposition that Beckert is human.

This concept of Beckert’s conflicted humanity was not universally received: Joseph Goebbles, upon seeing the film, saw this court scene as a blunt argument for the death penalty, applauding its lack of “humanitarian soppiness.” But now, long after The New York Times’s Mourdant Hall mourned that Lang’s demonstrated talent was used to capture such “hideous” acts, M seems every bit a more substantial and technically complex work than Lang’s previous landmark, 1927’s Metropolis. The filmmaker’s acute use of objects, symbols, letters, and codes to decrypt a relatively simple narrative remains as perfect an example of pure cinema in the sound era as one is likely to find, and despite the now borderline-jejune subject matter, M’s urgency hasn’t aged a day. Gazing along with Beckert at a young girl’s reflection in a store-window mirror, it still takes a moment to acknowledge the mirror’s borders that jut out like razor-sharp teeth, capturing not only the girl but the viewer in the rampant fever of a perverted mind, unable to shake the images that, as he says, follow him soundlessly.