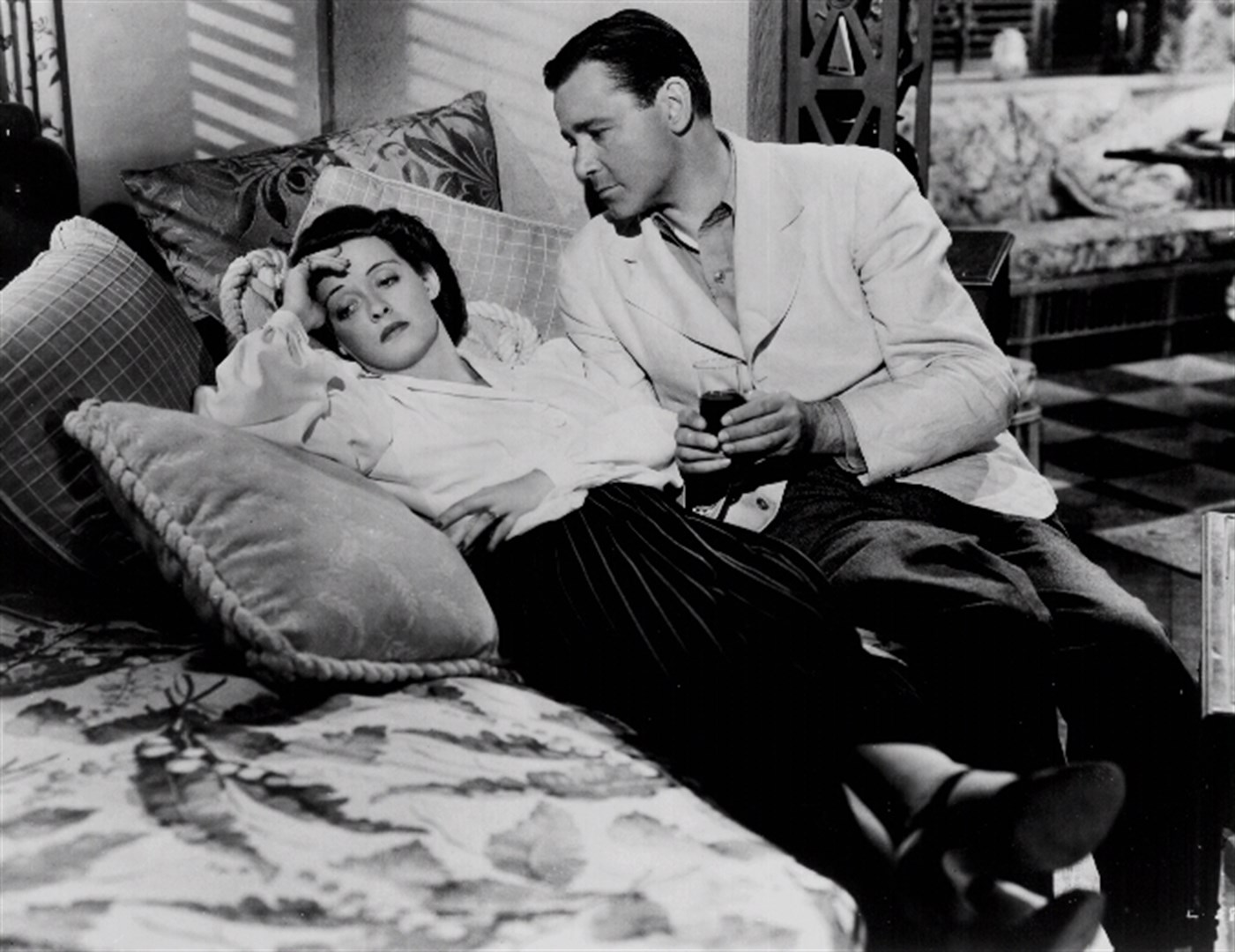 Are movies all about great endings? The magnificent final scene of The Letter follows self-possessed Bette Davis into the Malaysian tropics, lured by intoxicating shadows formed by clouds eclipsing the moon. It’s a scene fraught with suspense, the kind that Warner Bros. would hype as “Her Date With Destiny.” And her date culminates with an uncompromised moment of cruel justice at the end of a knife. Audiences loved watching Davis suffer, and The Letter gives her prototypical neurotic high society bitch a grim comeuppance at the climax. But what about great opening scenes? The Letter opens with an enticing bang. All is still at the rubber plantation, where the very trees seem evocative of covert sex and sweat. Sleek, if unsubtle, director William Wyler plays up the eerie stillness, with unsuspecting native workers asleep in their hammocks and moonlight forming into chiaroscuros spider webs. Enter Davis, firing six shots into an unlucky victim fleeing from her house. Upon closer investigation from the now awakened natives, this man is not her husband.

With a great sequence to open and close the film, a wonderful turn by Davis combining her effervescent skills at being ladylike and selfish, and an appropriate female enemy in sinister, impassive Gale Sondergaard (as the spider woman wife of the man Davis killed), you’d think The Letter would play far better than it does. Alas, once Davis is arrested for murder, she’s mostly delegated to scenes where her lawyer (James Stephenson) visits her in the jailhouse as she delightfully attempts lying her way out of increasingly hard evidence against her. Davis has several good scenes in the third act that have a melodramatic thrill even as they dip perilously into camp. Her loyal husband (Herbert Marshall) can’t believe she’d kill for any reason other than self-protection, but as the truth comes out Davis transforms from charming civility to sneering disgust. “With all my heart,” she curdles, “I still love the man I killed.” Marshall, relieved, seizes the opportunity to likewise change his dull milquetoast husband into the more enjoyable role of a smiling, hateful passive-aggressive bastard. (Pity this happens near the end of the film, like so much else that’s good about The Letter.)

Unfortunately, most of the screen time is afforded to Stephenson. Though he earned an Oscar nomination for the part and is appropriately distinguished, he’s playing a moral minded prig twisted around the finger of Davis (and what man besides Claude Raines could ever challenge or resist her?). We watch these films to see Davis ensnare and beguile those around her, not to watch the beguiled as they go about trying to save her. Scene after talky scene is wasted on the lawyer uncovering new information, covering it up, wafting between righteousness and sin, all of which eat up precious moments as Davis rots in jail. Like Frankenstein’s monster in the Universal horror classics, The Letter keeps its prize creature too long in the shadows. But a Davis movie cannot withstand scrutiny without her, and even a bad Davis movie where she’s hamming and mugging and even humiliating herself is more fun than practically no Bette at all.