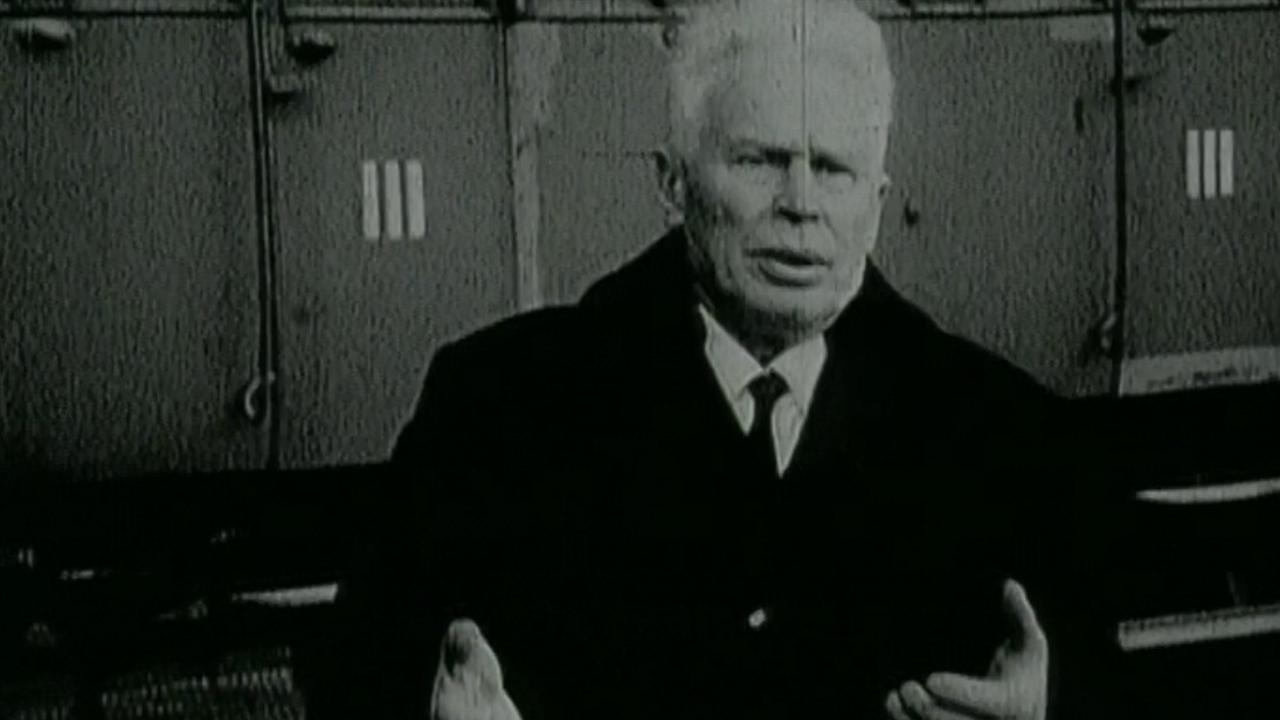 Many of Chris Marker’s films are nominally told from something resembling first- or second-person, but such is Marker’s mystique that he makes the most intimate forms of address seem as dry and detached as any straightforward Frederick Wiseman documentary. Which is why some of his left-field punchlines hit as hard as they do.

The Last Bolshevik stands alone among Marker’s masterpieces for its personal candor—or amazing simulacrum thereof. In this two-part television documentary from 1992, Marker addresses six letters to Soviet filmmaker Alexander Medvedkin, who made films throughout what, according to writer and photographer Catherine Lupton, Marker called “one of the defining histories of the 20th century” and eventually became something of a confidante to the notoriously exclusive French filmmaker. The catch is that the letters are addressing a dead man, and the joke is that from that situation arises their greatest chance for open communication: “Before, too many things had to be hushed up. Now there are too many things to say, but I will try to say them anyway even if you are no longer there to hear.”

Marker compares Medvedkin’s work to that of his more famous contemporaries Sergei Eisenstein and Dziga Vertov and tries to account for his comparative acquiescence to the winds of societal change (he died on the cusp of Gorbachev’s perestroika, apparently a very happy man). It’s not as though Medvedkin made films in a political vacuum: His early films deal directly with the aftermath of the Russian Revolution, and his slapstick pastoral silent comedy Happiness was, in fact, banned for its anti-Bolshevik gags. A later film features a device in which a movie meant to simulate the reconstruction of the Moscow skyline with new, modern architecture ends up running backward, suggesting instant regression (recalling a gag from The Cameraman where Buster Keaton’s ineptness leads to unexpectedly avant-garde results).

Though Medvedkin, late in life, called the politically risky Happiness his greatest achievement, Marker doesn’t gloss over the director’s naïveté and kowtowing. (One of Marker’s more memorable interview subjects goes so far as to lovingly call him a stupid man.) That said, this is Marker’s version of a love letter, and he characteristically isolates seemingly meaningless details in order to extrapolate from them and reveal them to be crucial, essential keys to solving the puzzle of Medvedkin, Russia, filmmaking, history, et al. No other filmmaker could juggle the interpersonal with the epic and then bring it all home with a joke about dinosaurs that also happens to suggest the cyclical perpetuity of human endeavor.