The film is too invested in treacly optimism for its character dynamics to feel sketched out beyond their basic narrative function.

Writer-director Elegance Bratton’s The Inspection follows a fictionalized version of the filmmaker, Ellis French (Jeremy Pope), a young gay Black man who’s been living on the streets since being kicked out of the house by his devoutly conservative mother, Inez (Gabrielle Union), as a teenager. Now, at the age of 25, Ellis already has the world-weary presence of a much older man as he ekes out a day-to-day existence in an uncaring world. Perhaps inevitably, Ellis decides to join the Marines as a last resort, hoping that by doing so he can also win back the love of the mother who still visibly cringes at the sight of him.

Arriving at boot camp alongside a bus full of other recruits, Ellis immediately undergoes basic military training that, thanks to his unit commander, Laws (Bokeem Woodbine), constitutes a different kind of hell than life on the streets. Greeting the group by flatly stating, “I will break you. That’s a promise,” Laws immediately proceeds to do just that, throwing his recruits into a severe training regimen that the film captures in frenzied montages. It’s reminiscent of numerous other cinematic representations of harsh military practices, but in this case, Ellis has the added burden of needing to conceal his sexual orientation from those around him.

This ruse doesn’t last long, though, as Ellis accidentally and embarrassingly outs himself in the group shower while in the throes of an erotic, neon-tinged daydream. His straight squadmates are naturally infuriated and taunt Ellis with homophobic slurs and subject him to violence, which is all more or less condoned by the unfeeling Laws. As Ellis’s resolve is nevertheless strengthened throughout this litany of abuse, The Inspection begins to explore the fraught dilemma of just how much of himself this young man is willing to sacrifice in order to attain the “respectable” life that he’s always craved. All the while, Bratton’s deeply rooted personal preoccupations are brought to life by Pope, who vividly embodies Ellis’s continually shifting array of conflicting emotions, wearing an inscrutable hangdog look on his face.

It’s too bad, then, that The Inspection gets bogged down by conventional melodrama the longer Ellis’s military journey drags on. Ellis begins to excel as a soldier and is finally, begrudgingly accepted by his squadmates, but each one of his fellow recruits feels less like a real person and more like a prop to push Bratton’s protagonist through the hurtles of an increasingly derivative progress toward self-respect. Ellis connects with Ismail (Eman Esfandi), a recruit who faces similar prejudice from Laws due to his Middle Eastern background, and tussles intermittently with Harvey (McCaul Lombardi), the cocky and bullying son of a former war hero, but neither of these dynamics feel sketched out beyond their basic narrative function.

Bratton is certainly attuned to the homosocial nature of testosterone-fueled realms. The Inspection is at times permeated by an illusory quality (shades of Claire Denis’s Beau Travail), and Ellis’s growing flirtation with a more benevolent drill instructor, Rosales (Raúl Castillo), seductively blurs the line between dreams and reality. Elsewhere, there’s welcome humor in Bratton’s articulation of his proxy’s bravery, particularly as Ellis starts to flaunt his queerness before his steely superiors. Sometimes the film even tips over into farce, as when Ellis, assigned watch duty in the barracks one night, wanders past his squadmates’ bunks in disgust while they all furiously masturbate under the covers to a recent mail delivery of pornographic photos.

But these moments mostly scan as diversions from the film’s routine tearjerking mode. Everything builds to graduation day, with Ellis hoping that Inez will show up and finally show him the support and love that he’s always wanted from her. She eventually does, but Union’s struggle to bring life to her formulaic dialogue (“I’ll always love you with all my heart,” Inez tells Ellis, “I just can’t love what you are”) ensures that the big emotional climax rings hollow.

Moreover, as Ellis’s squadmates warmly rally around him, Bratton positions the military as his proxy’s only true support system in the end, as if all of the torment it’s thrown his way throughout was but a benign test of his resolve. As evinced by the cheers of “Ooo-rah!” that bring it to a close, The Inspection is too invested in its slavish sense of treacly cinematic optimism to fully reckon with the scope of the trauma that its main character lives with.

american (tele)visions Review: Too-Muchness Everywhere All at Once 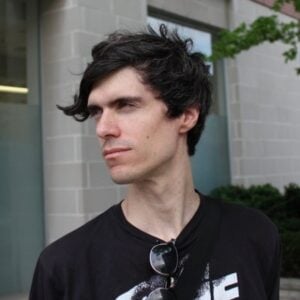