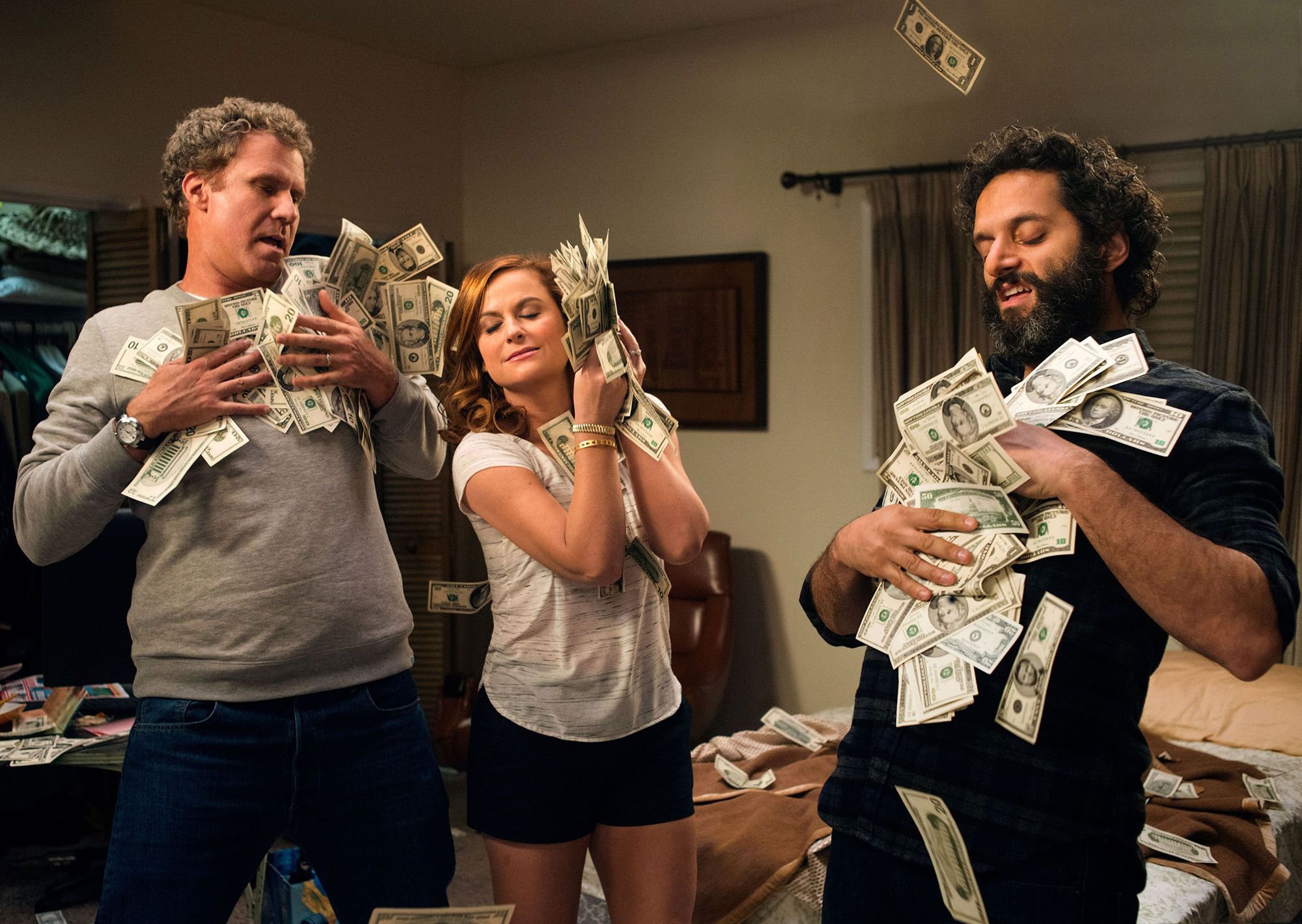 Nonsensical characterizations abound throughout The House without ever dipping into unbridled absurdity as suburban couple Scott (Will Ferrell) and Kate Johansen (Amy Poehler), upon realizing that their daughter’s college fund and potential scholarship opportunities have evaporated, take a trip with Frank (Jason Mantzoukas), their depressed, newly single friend, to Las Vegas in an effort to win back some of their lost earnings. After almost mopping up a windfall during a game of craps, the Johansens hatch a scheme to open a casino in Frank’s basement and recruit people from the surrounding neighborhoods to come and feed their insatiable gambling habit.

Much of the humor in The House relies on the tepid premise that Scott and Kate have spent the last 20 years repressing their younger urges in order to raise a child. Faced with the prospect of needing to fill an “empty nest,” as Scott puts it, the couple jokes with one another about how they’ll be going to “Fucktown” once Alex (Ryan Simpkins) leaves for school, all before trailing off at the realization that they’re likely kidding themselves. In effect, the casino becomes their means to reinvigorate their social lives, so that Kate is once again smoking pot and urinating on lawns at two in the morning like she did back in college, while Scott discovers his masculinity by threatening to chop off the limbs of gamblers who owe their new casino a debt.

Flashes of rudimentary satire briefly deepen Scott and Kate’s desperation over having to tell Alex that she won’t be able to attend college. In the film’s best scene, the couple slowly realizes that they’re incapable of bending to the will of their financial reality but have also pampered Alex to such an extent that they’re ready to risk prison in order not to disappoint her. But instead of then exploring the social and economic complexities of a parent-daughter relationship predicated on ideological difference like in Toni Erdmann, the filmmakers use these dynamics as a pretense for a series of sight gags and enervated spoofs of everything from The Sopranos to Fight Club.

At its worst, The House deploys scenes that exploit topicality for a dead-end joke, as when Frank, who’s confronted by a police officer, Chandler (Rob Huebel), while searching for missing cash in the woods, pulls a cellphone from his pocket and starts live-streaming the altercation. That the act prompts Chandler to claim that he will “murder” Frank if he doesn’t stop recording exemplifies writer-director Andrew Jay Cohen and co-writer Brendan O’Brien’s sense of what’s funny about conflicts between divided interests: that they routinely end in histrionic shouting matches and threats of violence.

The film’s idiocy extends to its aligning of Scott and Kate’s transformation into axe- and blowtorch-toting badasses with hip-hop and black culture, so that one of their debt-collecting rampages is scored to Snoop Doggy Dogg’s “Gz and Hustlas.” The pairing of act and music isn’t so much farce as inane fodder for ensuring The House’s removal from anything resembling genuine social commentary, but it also indulges the laziest form of cultural fantasy, where the awkward, middle-aged white couple is allowed to engage in cultural appropriation for a spell before returning to their dull middle-class lives, and all without consequence. After all, it’s not the parents, but Bob (Nick Kroll), head of the town council, who’s ultimately to blame for Alex’s educational deprivation, since he siphoned the funds from her scholarship as a means to shower Dawn (Allison Tolman), a fellow council member, with expensive gifts.

The House’s limp comedic pieces are only sporadically enlivened by a game cast, particulalrly Mantzoukas, who captures Frank’s conflicting desires to satisfy his gambling addiction and win back his estranged wife (Michaela Watkins) with an apt mania that belongs in an altogether shrewder comedy.