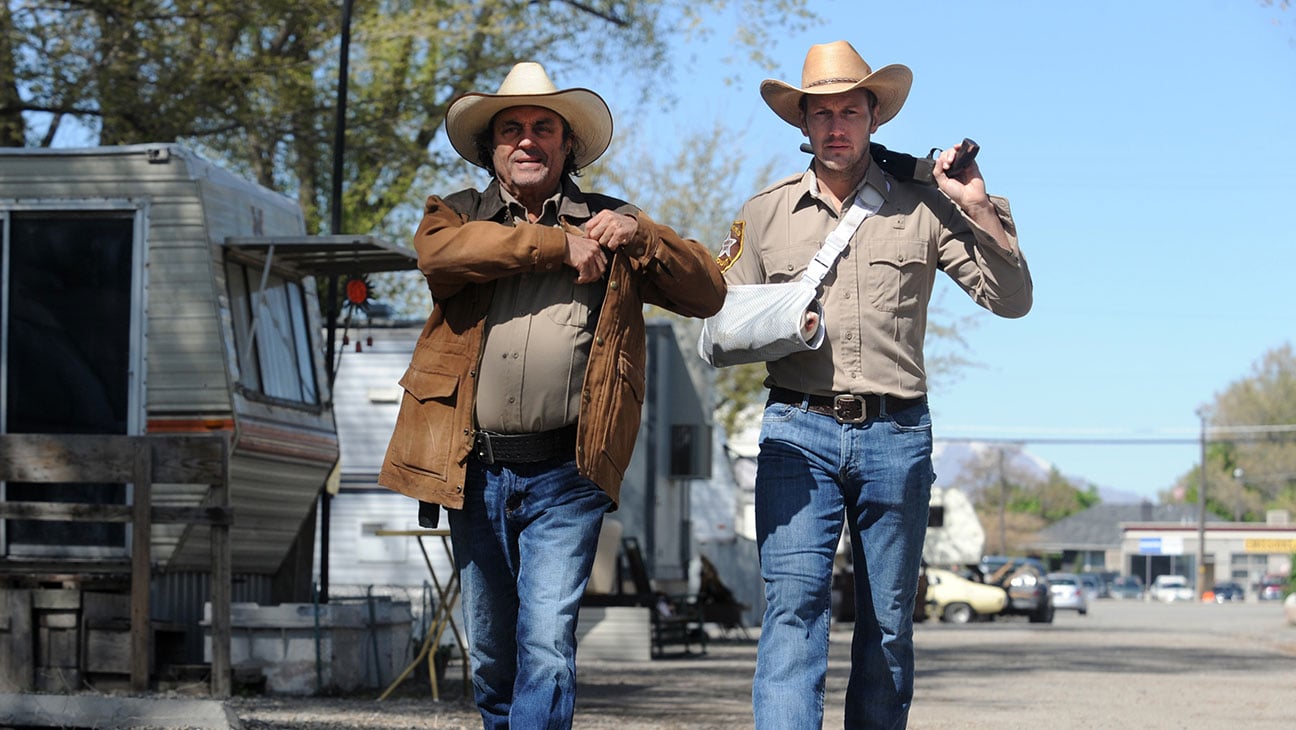 Gonzalo López-Gallego’s The Hollow Point is another thriller set on the U.S./Mexican border that’s eaten up with the luridly biblical pretension that Cormac McCarthy brought to the genre in No Country for Old Men, only without the attending poetry. The Mexican cartels aren’t described as criminals making a buck (often with direct ties to the U.S. itself), as that would be pragmatic and ambiguous. Instead, they are likened to demons wandering the land, employing a mysterious, seemingly un-killable bounty hunter, Atticus (John Leguizamo), who has a habit of appearing in places out of nowhere and wreaking destruction. In a promising development, Atticus is shown to be either incarcerated or hiding out in an American prison, occasionally switching identities with a police officer. But the filmmakers can’t be bothered to elaborate on this conceit, utilizing it for a brief jolt and discarding it.

The Hollow Point is a series of theoretically shocking events that have been assembled without a spine to bind them. When every scene has an unexpected punchline that refutes logic, nothing matters: Characters collide into one another violently but to weirdly little avail. It’s surprising, for instance, when Atticus slices off one of the hands of the new sheriff, Wallace (Patrick Wilson), but the hero promptly gets bandaged up, jumping back in the fray and laughably brandishing large firearms with his single good hand. It’s also unexpected when a sleazeball, Shep (Jim Belushi), gets the jump on the existentially macho ex-sheriff, Leland (Ian McShane), the former shooting the latter in the stomach at close range. Yet the scene is hastily explained away later with a bulletproof vest. One wonders if Shep just left this potentially dead police officer in his office in the middle of the day.

López-Gallego’s direction isn’t confident enough to allow us to ignore such contrivances, which signal a desperate plea for sensationalism. Each scene listlessly belongs to itself, suggesting that global drug wars are merely a series of overwritten duels between men in dusty roads and squalid trailer parks. The cartels are mentioned, but The Hollow Point has no actual interest in the violence of border skirmishes, or even in the behavior of its wispy characters, which include the inevitably maddening cliché of the beautiful woman (Lynn Collins) who never left town, pining for the hero. The film’s sense of mood is shopworn, borrowed from No Country for Old Men as well as Deadwood via McShane. The actor invests his material with occasional juice, winking at the script just enough to telegraph his knowledge of its ludicrousness without tipping his performance over into hypocritically smug campiness. But the film is unsalvageable trash with inscrutable delusions of grandeur.