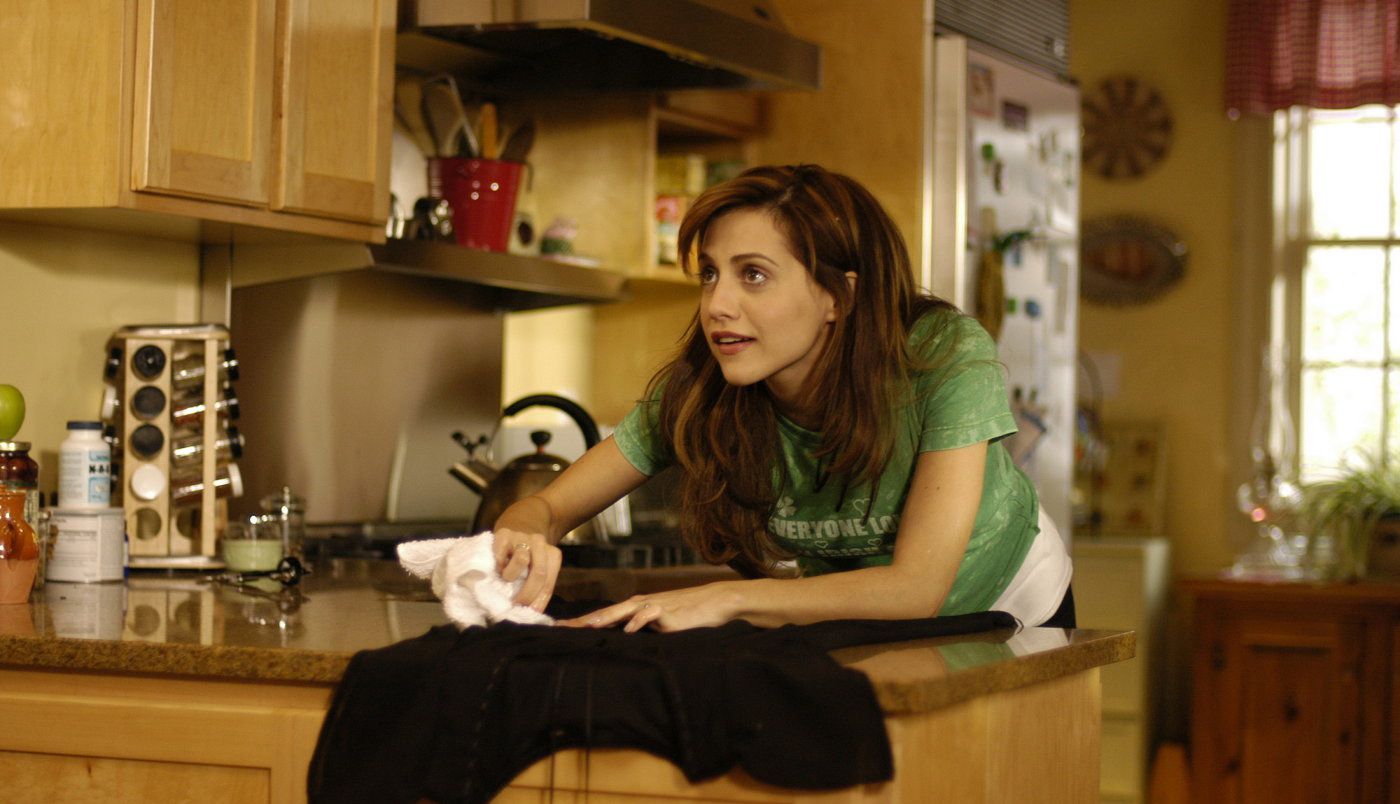 Like Adam Sandler, Ed Burns is fixated on men who can’t grow up, but Sandler mines this terrain for ribald laughs where Burns tackles stunted adolescence through the filter of mushy seriocomic melodrama. With The Groomsmen, Burns strives to capture the blend of boy’s-boy humor and testosterone-tinged sappiness that powered his breakout The Brothers McMullen, focusing on the travails of thirtysomething Long Island friends struggling to act their age on the eve of Paulie’s (Burns) wedding to pregnant fiancé Sue (Brittany Murphy).

It’s an enterprise that—besides confirming Burns’s own arrested development as a storyteller—mainly reaps embarrassingly familiar results, as the film is a creaky male weepy in which guys are emotionally reticent yet deep-down sensitive, women are loyal but constant nags, and most relationship-related problems can be solved with some tearful hugging and kissing. The daunting responsibilities of marriage and parenthood are what trouble Burns’s rudimentary characters, all of whom—whether it be emasculated, strip-club-frequenting big brother Jimbo (Donal Logue), family man Dez (Matthew Lillard), or adolescent cousin Mike (Jay Mohr)—are united, despite various successes in life and love, by their juvenile impulses.

The men’s maturation into responsible adults involves a combination of earnest heart-to-hearts (including a surprisingly affecting soliloquy about paternity), a few scuffles, and plenty of alcohol. All the while, Burns romanticizes the camaraderie of his buffoonish protagonists with inelegant crane shots and camera pull backs, as well as celebrating their tolerance via each’s compassionate reaction to estranged gay pal T.C.’s (John Leguizamo) coming out.

As with his ridiculous cry of “gay pride!” right before T.C. confronts his small-minded father (Jamie Tirelli), Mohr’s childish loudmouth occasionally offers relief from both the film’s intense earnestness and leading man Burns’s bland, one-expression-fits-all presence. Generally, though, there’s little respite from the bargain-bin cheesiness of The Groomsmen, the type of unintentionally goofy schmaltzfest that has Mike, with an oddly straight face, sing along to Roy Orbinson’s “Only the Lonely” because he’s, you know, lonely.

Angels of Death: A Prairie Home Companion and All That Jazz