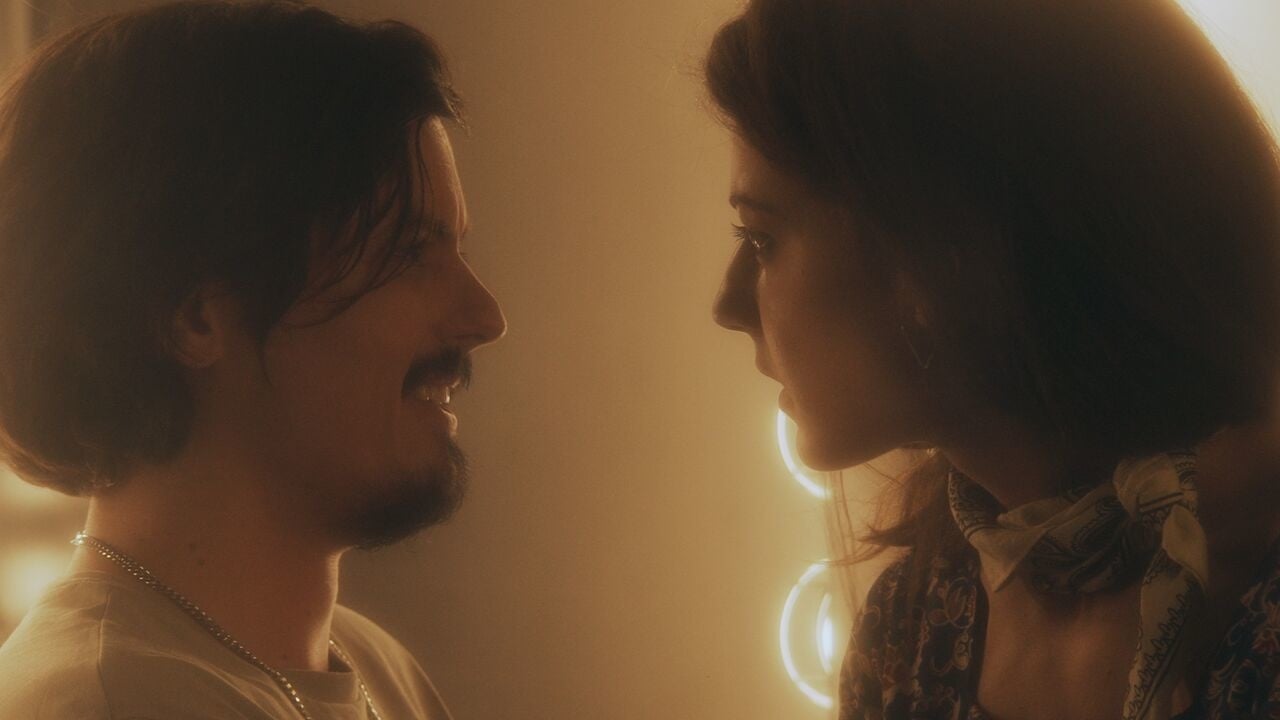 To borrow something that Pauline Kael once wrote about Robert Altman, Nathan Silver is an almost frighteningly non-repetitive filmmaker. There are broad similarities between Silver’s projects, which pivot on people who find themselves at emotional impasses. Within this framework, however, the filmmaker has produced absurdist comedies, more-or-less realist dramas, as well as an ambiguous fusion of fiction and documentary and a hallucinatory romantic thriller. Silver has quickly fashioned a diaphanous, loose-limbed style that can seemingly accommodate any subject or ambition. And with The Great Pretender, he burrows further into this aesthetic, creating one of modern American cinema’s great not-quite-romances.

In the film, Silver mercilessly links romance and art-making via their inherent self-absorption. To be in love is to be at least partially in love with the idea of ourselves in love, and such myopia causes us to miss things about ourselves as well as our lovers. The Great Pretender’s characters tend to narrate their lives and their descriptions have subtly little to do with the action unfolding on the screen. Chris (Keith Poulson) describes himself as a “nice guy,” yet a bartender appears to be more on the money when she tells him that his niceness is a form of passive-aggression. Chris is obsessed with himself as the protagonist of his own life, and he’s unable to see anyone else as anything but supporting characters in the narrative of him—an occupational hazard of artists that also afflicts the other struggling eccentrics of this film.

Chris gets drunk and talks of being marginalized by Mona (Maëlle Poesy-Guichard), who’s directing him in a play she wrote based on her life, while in turn marginalizing Thérèse (Esther Garrel), who’s playing Mona in the production. Reality and fantasy inevitably blur as Chris sleeps with both women, believing himself to be in love with Mona, who callously brushes off his threat of suicide, while Thérèse believes herself to be in love with Chris. Also pining for Mona is Nick (Linas Phillips), an ex who inspired Chris’s character in Mona’s play, and who also gets involved with Thérèse. These instant declarations of commitment, reminiscent of the purplish passion of films from bygone eras, make little literal sense and are dramatized by Silver with a compassionate irony that’s reminiscent of the films of Alan Rudolph. Chris and Nick’s roundelays with Mona and Thérèse, beautiful French women, easily lend themselves to male fantasies, which are indeed gratified. But The Great Pretender is also gripped by ferocious feelings of loneliness and futility.

The Great Pretender has a bittersweet and existential quality that suggests a modernization of Fitzgerald’s The Great Gatsby. Perhaps the hipster New York City of this film is a socially lower-fi jazz age of self-involvement: Everyone here might be broke, but they can afford to drink, screw around, and live the art life. Like most of us, these characters revel in clichéd fantasies, which are borrowed from their artistic heroes. The poetic misery, the promiscuity, the alcoholism, the drab apartments, the autobiographical art, the emotional thrashing about—it’s all been done, and Mona and her lovers and colleagues are plagued with self-awareness of this fact. Nick says he’s happy to be a cliché, but this assertion strikes us as the plea of a desperate man.

Jack Dunphy’s intricate, often hilarious screenplay scrambles the narrative’s grounding point of view, humbling each character’s illusion of self-importance. For a few minutes, the film is told from Mona’s perspective, then Chris’s, and so on, giving the audience a fuller view of what the characters aren’t discerning from one another, as well as a glimpse of the masks people assume depending on a given social situation. Certain events are revisited so often as to annihilate notions of past or future, placing the audience in an endlessly mutating realm of the present. The film is less a study of characters than of the conventions of a vast and self-devouring romantic organism in which people assume and discard real-life roles as easily as they would roles in a play, taking turns exploiting and being exploited.

Silver doesn’t condescendingly parody myopia and implicitly position himself above such states. Instead, he and cinematographer Sean Price Williams double down, rendering a virtuosic fantasy realm that elaborates on the atmosphere they created for Thirst Street. There isn’t a single master shot in The Great Pretender, only close-ups and medium shots that suggest the insularity of this social circuit. Colors are hazy and luridly vague, and compositions bleed into one another. Occasionally, images appear to freeze in the middle of an editing transition, holding characters in a glamorous stasis. When Chris and Mona drink at a bar, we see them in multiple planes that are further refracted and divided by ambient lights—an effect that might make Orson Welles blush. This film is a beautiful and beguiling art object.

When directors are as prolific as Silver is, their films often suggest individual portions of an emerging work that proffers a cumulative vision of society. Silver’s early films were marked by a somewhat more objective emphasis on the externals of life—buildings, bureaucratic organizations, and the like. Actor Martinez, Thirst Street, and The Great Pretender find Silver plumbing the subjective realm that resides, barely invisible, underneath these illusions of stability. The Great Pretender inspires a particular sort of exhilaration, suggesting mastery that, paradoxically, is nowhere near its peak.