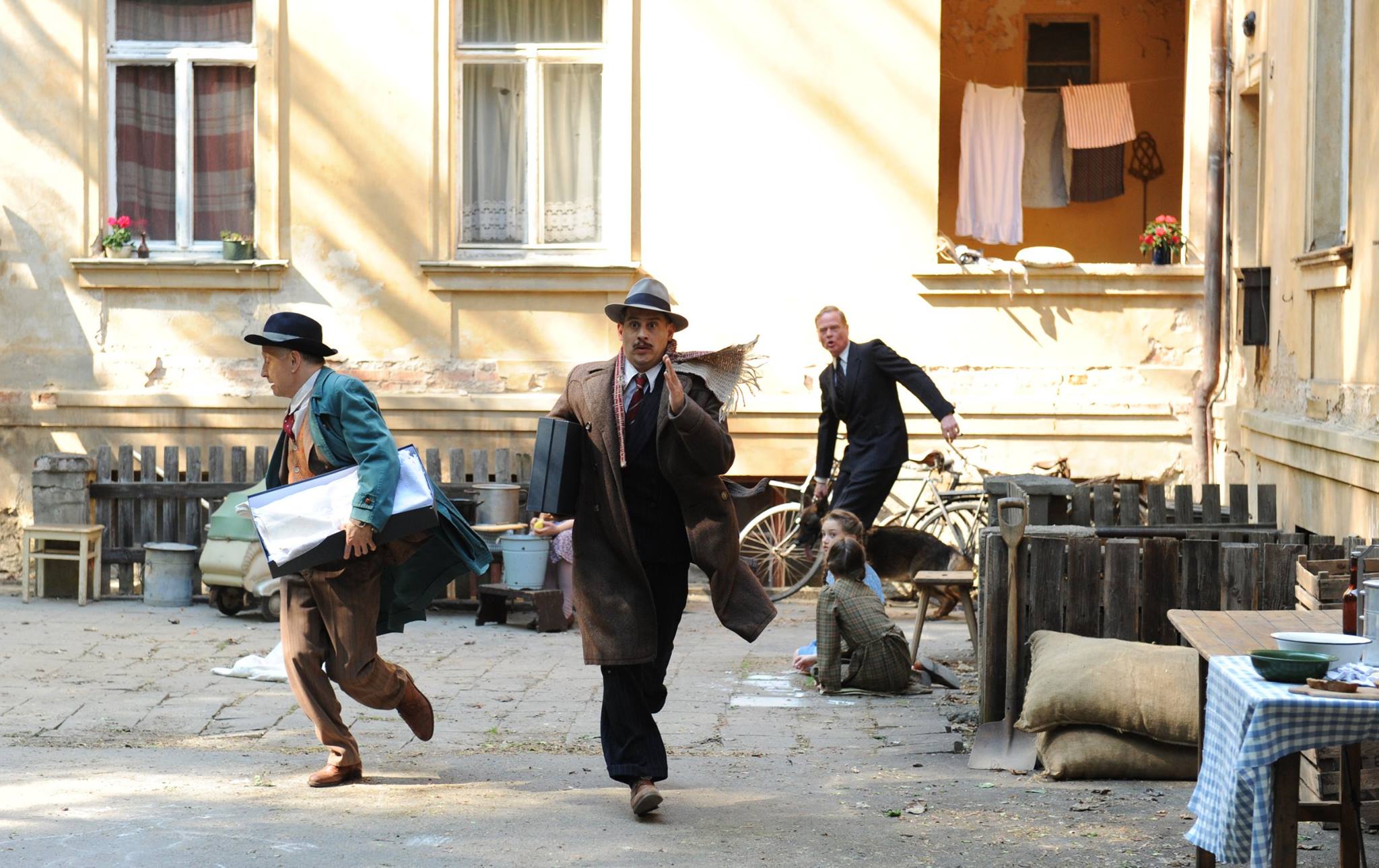 Sam Garbarski’s Bye Bye Germany explores the immediate aftermath of World War II through the eyes of the Jews left behind in Germany. The audience surrogate is David Burmann (Moritz Bleibtreu), who worked his gift for witty banter to survive the Holocaust and now uses it to exploit former Nazis and those complicit in their crimes. Garbarski juxtaposes David’s personal trauma with his scheme to wrangle enough money through a shady fabric business so he and his friends can head off to America, but whatever fascination there is in that dichotomy is undercut by the film’s blithe tone.

Whether David is ripping off those complicit in the Nazi regime by overcharging them for linens or being interrogated by an American special agent, Sara (Antje Traue), about his alleged collaborations with the Nazis, every event here is presented with the cheeky abandon of a lighthearted comedy, ensuring that the film’s stakes remain surprisingly low. Garbarski’s picaresque account of David’s story is exceedingly whimsical, and the film’s broadly pitched comedic approach to the material eventually stifles its attempts to later mine pathos from the plight of its protagonist.

The film leans so hard on David’s acerbic wit to lighten the mood that it shows the strain, gliding past the magnitude of the horrific events of WWII. Even the film’s slick cinematography works to sanitize and trivialize a horrific chapter in human history. With the exception of a brief shot of one character hanging himself, Garbarski appears to resist depicting anything too disturbing. Even the flashbacks to David’s time in concentration camps feel weightless—stuck as they are in the uncomfortably murky middle ground created by the film’s persistent need to engender humor from truly hopeless circumstances.

Late in the film, David remarks to a lover: “If one didn’t embellish life with lies, it’d be unbearable.” Though it’s easy to understand how such a belief helped the wisecracking David to survive the camps, it’s also the operating principle behind the film as a whole. A touch of the grim, raw immediacy of Germany Year Zero could have conveyed the gravity of David’s Holocaust experience, but Garbarski defaults to the slight sentimentality of Life Is Beautiful.