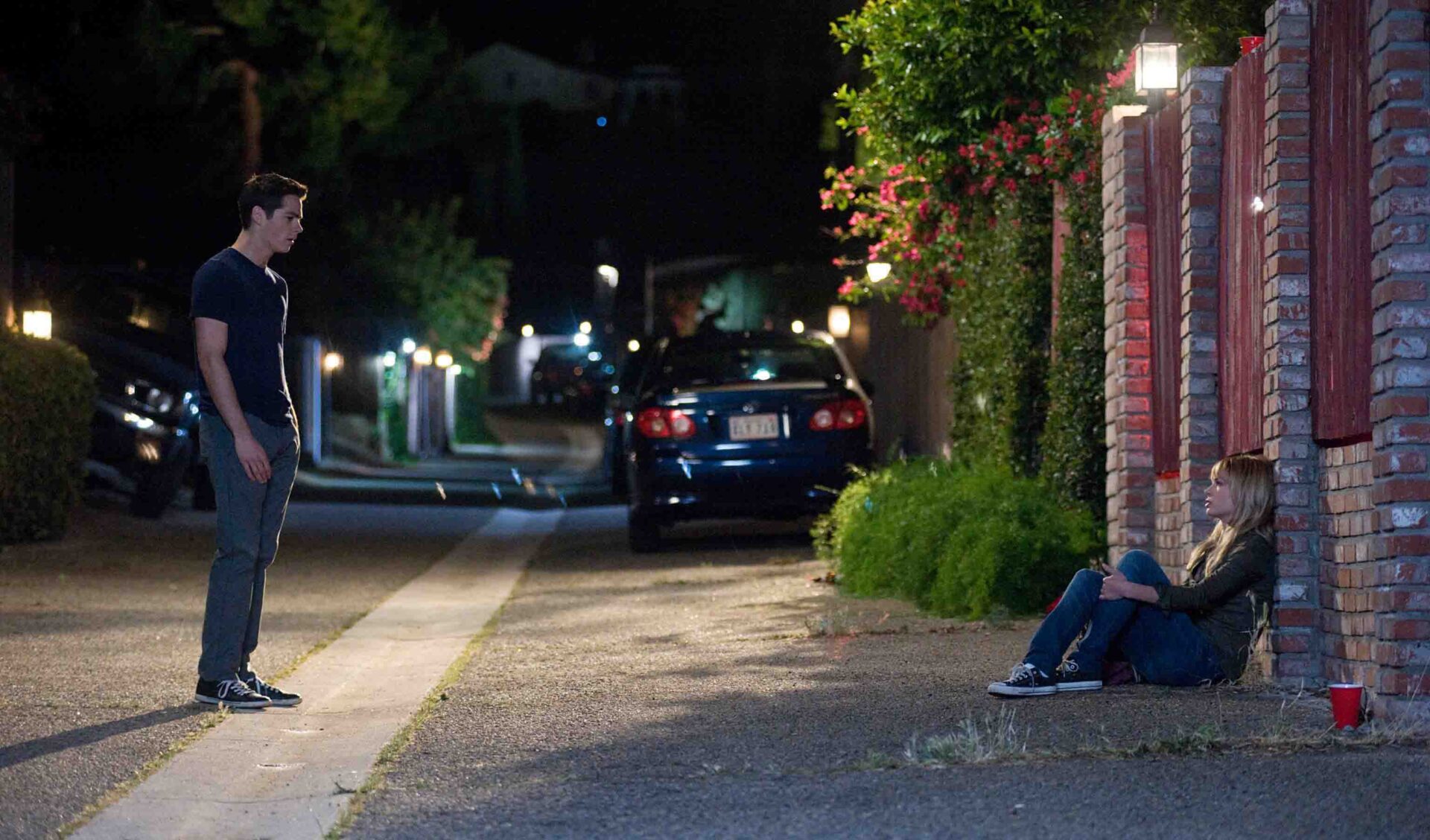 Sex and love are both novel experiences for two high schoolers in Jonathan Kasdan’s The First Time, a talky affair that suggests a hybrid of Before Sunset and Some Kind of Wonderful. At a house party, Dave (Dylan O’Brien) is caught speaking to himself in an alley by Aubrey (Britt Robertson), who soon gets him to admit that he’s hung up on the popular beauty, Jane (Victoria Justice), who sees him only as a friend. Much meet-cute banter later, their initial dance together is prevented by the appearance of the cops, though their subsequent walk home leads to wine and snuggling in her bedroom.

That encounter is merely the catalyst for a weekend-long series of run-ins between Dave and Aubrey at the movies, at another party, and back at Aubrey’s house, all of which is peppered with talk about how she she’d rather meet guys the old fashioned way, “in a bar,” rather than on Facebook or Twitter, and how Dave needs to have more confidence in himself and go for it with Jane. Most importantly, however, there’s copious chitchat about how Dave is a virgin, how Aubrey may also be one, and how Dave wants to have sex with Jane and Aubrey is preparing to do the deed with her hunky but insufferable boyfriend Ronny (James Frecheville).

The First Time does capture the way in which sex becomes magnified in the eyes of uninitiated teens, and the letdown that can sometimes follow once it’s occurred, but Dave is too much of a perfect softy, and Aubrey too much of a quirky-hip cutie (she even does super-artistic collages in her spare time), for Kasdan’s characters to resonate as real kids. Not helping matters is the fact that Ronny is a cartoon, Jane is a cipher, and Dave’s friends Simon (Craig Roberts) and Big Corporation (Lamarcus Tinker)—the former a pint-sized British nerd, the latter an enormous African-American football player—prove to be tepid multicultural Laurel-and-Hardy-esque sidekicks.

Scored to the type of sensitive singer-songwriter tripe that Aubrey gives Dave via a CD mix, the film mistakenly assumes that its dialogue-heavy focus will compensate for its dearth of personality, both in terms of its protagonists and its general narrative direction. The story’s conclusion will surely please health-education teachers interested in depicting sex as less of a magical end-all, be-all than merely as one facet of a growing relationship, but such maturity can’t make up for romance and comedy this limp.